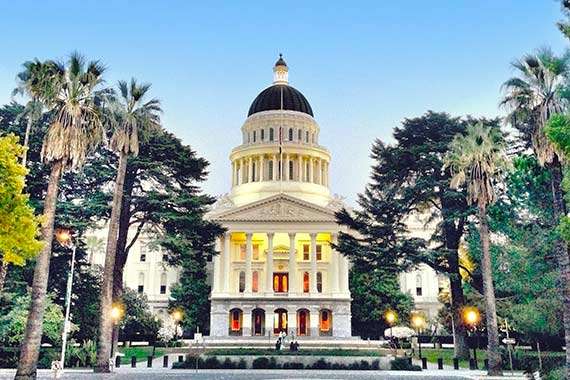 CA SB 1446 allows certain small group health insurance policies and HMO contracts in California to avoid compliance with many PPACA reforms through the end of 2015.  Federal guidance implementing PPACA provides a similar exemption (called “transition relief”) for small group (and individual) health plans, but the federal exemption is through September 30, 2017.  However, the federal relief is available only if a state also approves it.  If enacted, SB 1446 would take effect immediately.

SB 1446 applies only to small group (employers with under 50 employees) health insurance policies and HMO contracts, but not to individual insurance policies.  SB 1446 would exempt such group policies from certain California and PPACA requirements, such as the obligation to cover the 10 “essential health benefits” (EHBs), the prohibition on pre-existing conditions limitations for any participants, and the requirement that carriers set premium rates based only on age, geographic area and family tier.

Specifically, CA SB 1446 would allow a small employer health care service plan (HMO) contract or a small employer health insurance policy that was in effect on October 1, 2013, that is still in effect as of the effective date of SB 1446, and that does not qualify as a grandfathered health plan under PPACA, to be renewed until January 1, 2015, and to continue to be in force until December 31, 2015. The bill would exempt those HMO contracts and insurance policies from various provisions of state law that implement specified PPACA reforms and would require that the contracts and policies be amended to comply with those provisions by January 1, 2016, in order to remain in force on and after that date. The bill would require that these provisions be implemented only to the extent permitted by PPACA.

The CA bill as originally introduced mirrored the similar federal transition relief, which exempts such policies from certain PPACA reforms through September 30, 2017.  But SB 1446 was recently amended to extend the relief only through the end of 2015.

SB 1446 (Sen. DeSaulnier) would add Section 1367.012 to the Health and Safety Code, and add Section 10112.300 to the Insurance Code, relating to health care coverage in the small employer market, and declaring the urgency thereof, to take effect immediately.

According to Modern Healthcare, states have received at least $4.7 billion to build and operate the exchanges so far.

Various states have proposed solutions to handle the cost of running an exchange going forward. For example, in addition to California’s plan to impose a monthly assessment of $13.95 on health insurance policies purchased through Covered California, Colorado and Minnesota officials have approved taxes of at least 3% on 2015 premiums for exchange plans.

Summary of Enrollment Information in Covered California – and Which Health Insurers did Enrollees Select?

Approximately 88% of enrollees are eligible for premium tax credits, according to Covered California.

In addition to Covered California enrollment, an unknown number of Californians bought or renewed health insurance policies outside the state exchange, and more than 1.5 million Californians enrolled—or were deemed eligible to enroll—in Medi-Cal, the California version of Medicaid.

Beginning Thursday, May 15, Covered California will launch a limited-time special-enrollment period for people who have COBRA health insurance and would like to switch to an exchange plan.

People who have health coverage through COBRA (the Consolidated Omnibus Budget Reconciliation Act) will be eligible to shop for and buy coverage through Covered California from May 15 through July 15, 2014. The two-month window mirrors a U.S. Department of Health and Human Services (HHS) ruling announced May 2 that allows COBRA enrollees to buy plans through the federal exchange until July 1.

A new J.D. Power & Associates survey finds that Kaiser Permanente for the seventh-consecutive year received the highest member satisfaction score among all California health plans, with a score of 756 out of 1,000. California health plans had an average member satisfaction score of 680, compared with the national average of 669. Los Angeles Times‘ “Money & Co.”  (California Healthline 3/11/14, http://www.californiahealthline.org/articles/2014/3/11/kaiser-ranks-highest-in-california-for-health-plan-satisfaction )

California Makes It Harder for Insurers to Deny Autism Treatment