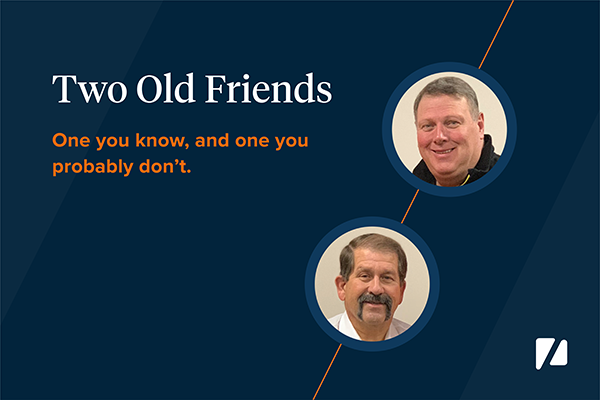 In 1996, a friendship was formed on a beach in the Bahamas. Alan Hedrick and Darrin Stafford happened to bump into each other and bonded when they discovered they were both passionate insurance agents who lived in Missouri, though 347 miles apart.

In 2000, Alan became an owner in County Wide Insurance in Dexter, later taking complete control in 2006. Meanwhile, Darrin started his own agency, Stafford & Stafford Insurance, in Harrisonville in 2003. Alan inspired Darrin to become actively involved in the state’s association for insurance agents. Over the years, the two men continued to share ideas and technology platforms while operating their own individual agencies, as well as partnering on projects occasionally.

As the landscape of independent insurance agencies changed, a large national firm became interested in partnering with Stafford & Stafford. In 2019, Stafford & Stafford took the leap and became an affiliate agency of Leavitt Group, a large family-owned agency. This allowed them to have the same resources of a large national firm while maintaining a local ownership structure. It’s a great model that allows agencies to capitalize on the big corporation’s strength while maintaining the small agency feel and personal guidance.

Roughly one month later, Alan and Darrin decided it made the most sense to merge their two agencies, as well as their third co-owned location, Byrum, Culp, Davis, & Dell, giving birth to Stafford-Leavitt Insurance. Effective in January of 2021, they also acquired Security House insurance in Malden. Alan and Darrin are thrilled to finally be one agency with locations in Harrisonville; Dexter; Malden; and Advance, Missouri.

At Stafford-Leavitt Insurance we are looking forward to serving you for years to come, as two old friends continue to lead us into the future.