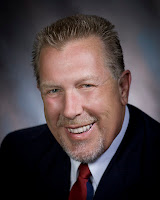 “In my extensive career, I have finally found my home at Leavitt Central Coast,” said Willis. “I now have the support team and the markets that will allow me to utilize my experience more in the community.”

“Willis is such a great addition to our producer team,” said Ward McKalson, managing principal of Leavitt Central Coast. “He has more than 30 years experience in the agriculture market, is a recognized leader in the agriculture community, and is a terrific mentor to our younger producers.”

Cecilia Kennedy also joined Leavitt Central Coast as Willis’s account executive. Together they bring over 63 years of commercial experience with primary focus on agriculture as well as transportation, construction, manufacturing, hospitality, and mercantile. Kennedy lends her knowledge of working with H-2A agents in Arizona on the guest worker program, assisting growers throughout the country with their bonding needs.

Willis’s experience in putting together captives, co-ops, and specialty programs will continue to be a tremendous asset for the agriculture community in the Salinas Valley, the Central Valley, and other growing regions primarily in California and Arizona. His customers, however, grow all over the U.S., as well as throughout North, Central, and South America.

Willis has always been very active in local, regional, and state civic organizations and is a member of the Grower Shipper Association of Central California, a Roundtable member of the State Compensation Insurance Fund, and the California Farm Bureau. Willis has also been an ongoing sponsor for the Monterey County Fair Junior Livestock Auction, the Salinas Air Show, and the Salinas Rodeo.

Leavitt Central Coast is committed to providing the highest level of service and products. They provide all lines of coverage under one roof as well as many value added services such as risk management, loss control and claims services.