“It made a difference for that one.” ~ Loren Eiseley

As the holiday season comes to a close, we have one more story that was shared by one of our agencies, L.R. Webber Associates in Hollidaysburg, Pennsylvania. Here is the story as submitted by Beckie Beck of L.R. Webber (LRW). 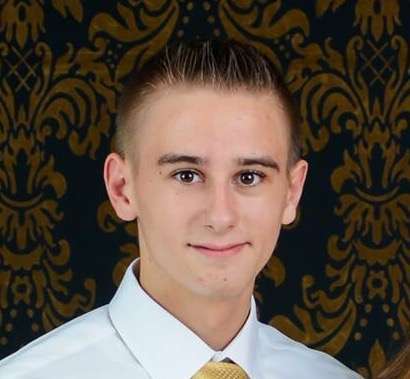 “Noah Foor is 17 years old. He has worked for LRW for the past couple of years as a student as part of a work/study program and during the summers.

“The week of Thanksgiving, Noah decided he was going to buy Thanksgiving dinner for a needy family. He didn’t have a family in mind when he made this decision, but he knew he wanted to help someone in need. After returning home from the grocery store with his car loaded with everything necessary to have a nice Thanksgiving meal, he posted on Facebook that he was looking for a family in the area that may be in need of Thanksgiving dinner. Responses began to pour in and after just an hour, he had received responses from both needy families and those knowing of a needy family as well as individuals wanting to follow his lead and requesting that he hook them up with one of the needy families who responded. Noah chose his family after hearing that their 16-year-old son also named Noah was battling cancer. He also connected many other families in need to a family wishing to help. What started as a small individual gesture of kindness turned into a great success story for the community!

“Our local news station heard of this and they reached out to Noah and asked if they could interview him. In addition, a local business owner was inspired by Noah’s gratitude and decided to do another drive in December to help needy families. He reached out and asked if Noah would join him on this endeavor. They started a “Stuff the Truck” program to receive toys to go to disadvantaged children in the community. Again, a small step has turned into a great community-wide success!”

Booker Moore of LRW shared this thought about Noah: “He [Noah] is really living our company motto of “make a positive difference” in the lives you touch. It reminds me so much of the starfish on the beach story — Noah’s kindness sure made a difference to that one person, but the chain reaction that it caused has uplifted so many more through the generosity of others moved by his actions.”

Click here to view an interview with Noah about this story.

Noah’s original “Stuff the Truck” program has now been developed into a nonprofit organization called “Willing Hearts Outreach.” Learn more about this organization in this article by WJACTV: http://wjactv.com/news/local/altoona-teens-idea-turns-into-non-profit