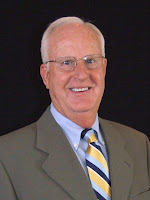 The Leavitt Group’s CEO, Dane Leavitt, recently recognized John Roberts at the Leavitt Group’s annual conference for his 30 years of service. Roberts also announced his retirement. Roberts was the Office Manager of Leavitt Group of St. George, prior to its merger into Hunt-Leavitt Insurance Agency.

“John has served well and faithfully across good economies and bad, and in smooth waters and storms,” said Leavitt. “His strong example of civility, kindness, and decorum are appreciated by many.”

Robert’s youth was spent in southern Utah. Roberts attended and graduated from the University of Utah, and served in the Navy as a surgeon’s assistant. He met his wife, Ann Roberts, at Milford High School. Together they have three sons: Travis, Matthew, and Tyler.