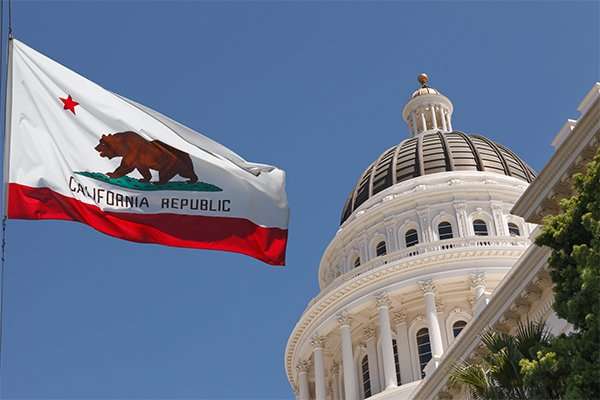 Originally published by Fisher Phillips, a Leavitt Group partner for compliance. Republished with permission. Some content by Leavitt Group.

A number of hot-button legislative proposals made it to Governor Newsom’s desk this year – many of which would change the landscape for California employers. For the first time since the COVID-19 pandemic, this year has been a “return to normal” year for California lawmakers, which means a return to aggressive legislation establishing and expanding workplace protections for employees. Now that the September 30 deadline for the governor to sign or veto bills has passed, we know what new laws are coming. Here is a summary of the top 10 pieces of workplace legislation signed into effect. (NOTE: Unless otherwise noted, these bills will take effect January 1, 2023.)

Certainly one of the more controversial proposals of 2022 has been a labor-sponsored effort to enact “sectoral” legislation for an entire industry. Assembly Bill 257, which was signed by the Governor on Labor Day, is purportedly aimed at the “fast food” industry (restaurants part of a chain of 100 or more establishments), although the bill’s broad definition may include many fast-casual restaurants and many other types of business beyond what most people would consider “fast food.”

AB 257 will establish a 10-member unelected body (“the Fast Food Sector Council”) that will have unprecedented and virtually carte-blanche authority to establish industry-wide standards on wages, working hours, and other working conditions applicable to the entire fast food industry. This council’s proposals will come before the Legislature and would take effect unless lawmakers specifically step in to prevent it from taking effect.

Even employers in other industries or other states should keep a close eye on this one. For several years now, the hot “buzzword” among labor advocates and progressive think tanks has been this concept of “sectoral” bargaining/legislation. Now that this concept has a toehold in California, expect to see future legislation attempting to replicate this idea in other states or other industries.

There have been numerous previous attempts to allow agricultural employees to organize under the ALRA utilizing a “card check” process. However, prior proposals have been vetoed by Governors Newsom, Brown, and Schwarzenegger. Advocates for this legislation did not give up, however, and this time – surprising many – Governor Newsom signed into law Assembly Bill 2183.

Even more surprising was the manner in which Newsom signed the bill. While he signed AB 2183 into law, he simultaneously announced that he had reached an agreement with the bill’s sponsors to essentially replace AB 2183 with a new law next year.

However, the new bill announced by the governor for next year would essentially scrap this “labor peace compact” and mail-in ballot approach and constitute a straight card check process.  Labor organizations would simply be able to organize agricultural workers by submitting a petition along with authorization cards signed by a majority of the employees – with no election.

During the COVID-19 pandemic, employers saw California adopt a series of statewide requirements for employers to provide COVID-19 Supplemental Paid Sick Leave (SPSL) to employees who test positive or are otherwise impacted by COVID-19.

AB 152 makes a few small changes to the SPSL law, and also establishes a new grant program for specified small businesses to provide up to $50,000 in grants to cover some of the costs of SPSL provided in 2022.

Because the SPSL expired at the end of September, this bill was a “budget trailer” bill, making it effective as soon as it was signed by the Governor.

After several previous attempts to establish employment discrimination protections regarding the lawful use of cannabis, the first such bill made it to the governor’s desk and he signed it into law.

Assembly Bill 2188 prohibits adverse action based on (1) an employee’s use of cannabis off the job and away from the workplace, or (2) a drug-screening test that found the employee to have non-psychoactive cannabis metabolites in their hair, blood, urine, or other bodily fluids. While this restricts an employer’s ability to act based merely on metabolite testing, adverse action based on THC-positive testing will still be permitted.

While the bill specifies that it does not permit an employee to possess or be “impaired” by cannabis on the job, this will be a challenge for employers. There is currently not a general, wide-spread, and easy test for determining cannabis impairment.

AB 2188 does not apply to an employee in the building and construction trades, preempt requirements for federal contracts, or interfere with specified employer rights to maintain a drug and alcohol-free workplace. This law does not go into effect until January 1, 2024.

5. Expansion of Pay Data Reporting and Posting of Pay Scale in Job Postings

California also continues to push the envelope when it comes to efforts to address pay inequities. Several years ago, the state enacted legislation to require certain employers with 100 or more employees to file pay data reports with the state.

This year, follow-up legislation (Senate Bill 1162) expands that existing law in a number of ways.

Most of the debate this year around SB 1162 focused on a “public shaming” provision that would have required pay data reports to be disclosed to the public on a state website. Thankfully for employers, that provision was stricken from the bill before it made it to the Governor’s desk.

SB 1162 also addresses an issue that has been part of a growing trend in other states and local jurisdictions. The bill requires employers with 15 or more employees to include pay scale information in any job postings. The bill provides for administrative or civil enforcement of these and related provisions.

After several prior unsuccessful attempts, California has enacted a bereavement leave requirement into law. Assembly Bill 1949 applies to employers with five or more employees and allows employees to take up to five days of bereavement leave upon the death of a family member (using the same definition of “family member” as under CFRA).

Bereavement leave under AB 1949 is unpaid, but an employee can use other available paid time such as vacation pay, personal leave, sick leave, or compensatory time off. Bereavement leave must be completed within three months of the death of the family member and is only available to employees who have worked for the employer for at least 30 days prior to the commencement of the leave.

Importantly for employers, the provisions of AB 1949 are in the Government Code rather than the Labor Code (meaning there will not be the possibility of PAGA claims for alleged violations of the law).

California’s family and medical leave law has seen some dramatic expansion of late. In recent years, the California Family Rights Act (CFRA) has been extended to cover smaller employers and to expand the definition of covered family members to include adult children, siblings, grandparents, grandchildren, and parents-in-law.

CFRA will now be extended even further with the governor’s signature of Assembly Bill 1041. It provides that (in addition to the already-covered family members) an employee can take job-protected leave to care for a “designated person.”

Brought in response to concerns over reports of employees being required to work in unsafe wildfire conditions, Senate Bill 1044 prohibits an employer, in the event of an “emergency condition,” from taking adverse action against an employee for refusing to report to, or leaving, a workplace or worksite because the employee has a “reasonable belief” that the workplace or worksite is unsafe.

An “emergency condition” is defined to mean (1) conditions of disaster or peril caused by natural forces or a criminal act, or (2) an order to evacuate a workplace, worksite, a worker’s home, or the school of a worker’s child. Notably an “emergency condition” does not include a health pandemic – so SB 1044 will not be applicable to employees that claim the worksite is unsafe due to COVID-19.

An employee’s belief that the workplace is unsafe is “reasonable” if a person under similar circumstances would conclude there is a real danger of death or serious injury if that person enters or remains on the premises.

The governor also signed measures to extend two additional pieces of COVID-19 related legislation that were set to expire at the end of the year.

Assembly Bill 2693 extends the statutory COVID-19 notice requirements (originally enacted as AB 685) until January 1, 2024. Previously, these notice requirements generally required employers to provide notice to employees and others who may have been exposed to COVID-19 in the workplace.

AB 2693 also makes some important changes to the notice requirements. Most significantly, the bill will require employers (in lieu of individual notice) to simply post a notice in the workplace for 15 days when there has been a COVID-19 exposure. In the alternative, an employer can provide individual notices in the same general manner as previously required under the law.

However, employers should keep in mind that Cal/OSHA may impose additional notice requirements that maintain an individual notification requirement. For example, Cal/OSHA is currently considering a proposed “permanent” COVID-19 regulation that would go into effect in 2023 and remain in effect for two years. Employers will need to monitor that proposed standard closely to see if it maintains an individual notice requirement (such as for close contacts), regardless of whether the Labor Code notification requirements are changed.