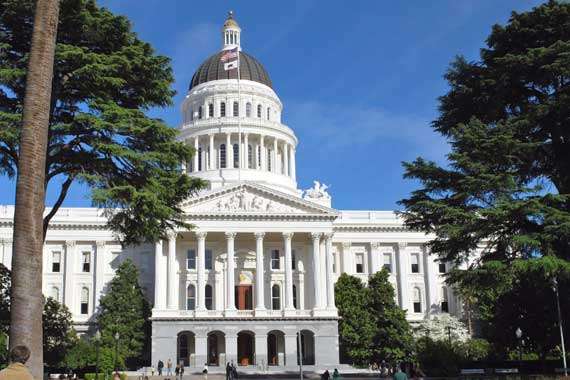 This article is provided by Kaiser Health News: ( www.kaiserhealthnews.org)

SACRAMENTO, Calif. — California did not take President Obama up on his offer to extend canceled health policies. The five-member board that oversees California’s health insurance marketplace, known as Covered California, voted unanimously Thursday to stay the course and cancel policies that didn’t meet the requirements of the Affordable Care Act.

The board’s decision had been widely anticipated, but at the public hearing in Sacramento there was an audible sigh of relief by consumer advocates and insurance company representatives when the vote became clear.

The Affordable Care Act  (ACA) had required health plans to cancel about 1 million policies in California that didn’t meet the new rules of the law, including bans on lifetime caps for medical expenses and products that didn’t cover hospitalizations.

The board seemed leery of stripping away those consumer protections to aid what amounts to the 1-percent of Californians – or about 295,000 people – who are facing rate increases and don’t qualify for federal financial aid. Of those policyholders, about half have what are considered “thin” plans, insurance policies with skimpy benefits. They are expected to face significant increases, according to state officials.

The board also expressed concern that extending canceled policies would confuse consumers even more than they already are and disrupt the surge in enrollment in Covered California. Anthony Wright, executive director of the consumer advocacy group Health Access, said the state needed to provide targeted financial relief to those affected “but you don’t want to lose the momentum for the millions and millions of people who could get benefits.”

These are the difficult trade-offs, said Covered California board member Dr. Bob Ross during the public meeting. “We are in moving from a dizzying and discriminatory health insurance system to one that is not perfect, but is greatly improved.”

Instead, the board voted to give consumers an additional week, until December 23rd , to sign up for new coverage, and beginning next Monday, consumers with canceled policies will have a special hot line staffed by experts to try to ease the transition.

Not everyone applauded the vote. The state’s insurance commissioner, Dave Jones, who has no authority over the exchange, had pressed the board to allow policyholders to renew their existing plans. He said consumers would be forced to lose their preferred doctors and hospitals and face higher premiums.

Jones has extended canceled policies for about 184,000 Californians who had plans under his jurisdiction from Blue Shield of California and Anthem Blue Shield.

[Additional note, from the Leavitt Group: Covered California’s decision not to allow insurers to continue non-ACA-compliant policies does NOT trump the prior order by Insurance Commissioner Jones requiring that 184,000 canceled policies be extended to February 28, 2014. The reason for Jones’ order was that insurers had not given the required 90- days’ notice before cancelling policies. Anthem and Blue Shield sent new notices extending the non-grandfathered plans through February 28, but as of that date they will terminate.]

(Kaiser’s title for this article was: “Covered California To Canceled Policy Holders: You’ll Have To Buy A New Plan” By Sarah Varney, posted November 21, 2013, 10:45 pm.  Posted in Health Care In The States, Syndicate to AP )