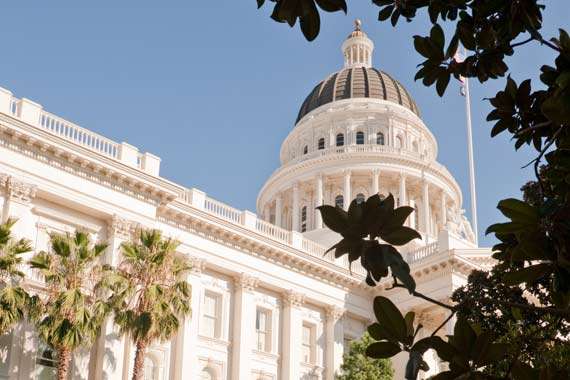 Forty-six Assembly members voted in favor of the bill, eight votes short of the two-thirds majority required for passage.  According to a 6/27 article in the Los Angeles Times, AB 880 could be called for reconsideration in early July.

CA AB 880 (sponsored by Assembly Member Jimmy Gomez, D-Los Angeles, but not yet enacted) would fine California employers who employ at least 500 employees in California (“large” employers) for each “covered employee” (defined as one who works more than 8 hours per week) who is enrolled in Medi-Cal on the basis of income.  The bill imposes an “Employer Shared Responsibility” requirement and penalty that go beyond the “Employer Shared Responsibility” requirement and penalty in the federal Affordable Care Act (ACA).  The penalty amount is calculated based on a complicated formula that some have said approximates 110% of the average total cost of employee-only coverage provided by large employers (including both the employer and employee share of the premium).  (See details on the formula at the end of this article.)

The Affordable Care Act requires employers who employ at least 50 full-time employees or “full-time equivalents” to offer health coverage to at least 95% of their full-time employees or face potential penalties.  These penalties only apply if at least one full-time employee purchases health insurance in the Health Insurance Marketplace (Covered California) and receives a subsidy. Such employer is not subject to a penalty, however, if a full-time employee qualifies for Medi-Cal.  Since Medi-Cal is jointly funded by the federal and state government, the intent of AB 880 is to fine large employers whose employees receive health coverage through Medi-Cal.  The penalty amounts collected from large employers will be deposited into a new “Employer Shared Responsibility Medi-Cal Trust Fund” created by AB 880, and these amounts will be used to pay the non-federal share of costs of care for people who receive coverage through the Medi-Cal program.

While part of the stated intent of AB 880 is laudable (to prevent large employers from shifting the burden of providing health care to other employers, the state, affected workers and their families), the terms of AB 880 are overbearing, especially since the penalty applies for employees who work more than 8 hours per week and are not provided health coverage, it could apply for employees who are paid above minimum wage but who have enough dependents that they qualify for Medi-Cal based on household income, and it apparently could apply even if part-time employees were offered health coverage but declined it because they could get it at a lower (or no) cost under Medi-Cal.

Other Employer Actions also Would be Prohibited

AB 880 also amends the California Labor Code by adding a new section 230.9, which makes it unlawful for a large employer to:

Any employee or former employee who believes he or she has been discharged, threatened with discharge, demoted, suspended, or in any other way retaliated or discriminated against by the employer, in violation of or because the employee exercised his or her rights under AB 880, may file a complaint with the State Division of Labor Standards. If an employee or former employee is determined, in a hearing or grievance procedure, to be eligible for rehiring or promotion, a large employer that willfully refuses to rehire, promote or otherwise restore such individual is guilty of a misdemeanor.

The penalty for any of the above violations of new Labor Code section 230.9 would be 200% of the penalty amount the employer would have paid for the applicable period of time.

The definition of a (large) employer that is subject to AB 880 includes all members of a controlled group (as defined in IRS Code section 1563(a), but based on “more than 50% “ownership rather than more than 80% ownership.  It also includes nonprofit entities, but does not include a state, city, county, city and county, district or any other governmental employer.

The formula for calculating the 110% Employer Shared Responsibility penalty takes into account the employer’s total annual wage payments to all employees, 110% of the average total cost of employee-only coverage, the average weekly hours of part-time employees as a percentage of a 40-hour workweek, and average annual wages of California employees who work for large employers and are enrolled in Medi-Cal.  One additional note on this penalty:  an employer that does not pay the penalty within 60 days of the due date also would have to pay a late payment fee equal to 10% annually of the penalty amount due.

AB 880 was last revised June 6, 2013.  It is now designated an “urgency statute,” which means it would take effect immediately upon passage, rather than as of the first day of the next calendar year.