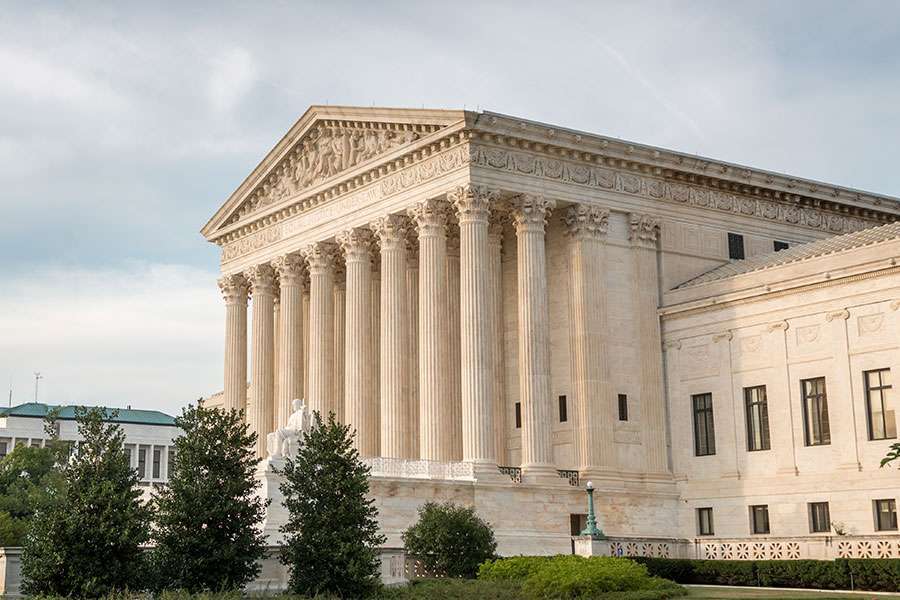 Employers likely have questions about abortion-related employment protections and healthcare benefits after Friday’s SCOTUS controversial decision that overturned Roe v. Wade. Given the ruling, people in states with strict abortion limitations may end up traveling to other states to receive abortion-related care. Can employees take job-protected leave to obtain such services? What other rights might employees have under federal employment laws? Here are a few points you should keep in mind in light of the June 24 Dobbs v. Jackson Women’s Health Organization decision.

Employers should understand the workplace protections employees have under existing federal anti-discrimination laws and how they apply to an employee’s decision whether to have an abortion.

The Interplay of Employment Discrimination Statutes

Under these laws, employers are prohibited from firing an employee for having or considering having an abortion, according to the Equal Employment Opportunity Commission (EEOC). Likewise, employees are protected from adverse employment actions based on their decision not to have an abortion. For example, the EEOC said, a manager can’t pressure an employee to have an abortion in order to keep a job, get promoted, or be assigned better projects.

“However, Title VII makes clear that an employer that offers health insurance is not required to pay for coverage of abortion except where the life of the mother would be endangered if the fetus were carried to term or medical complications have arisen from an abortion,” the EEOC noted in enforcement guidelines that were issued in 2015.

Still, under federal law, employers may choose to provide health insurance coverage for abortion-related services. “If an employer decides to cover the costs of abortion, it must do so in the same manner and to the same degree as it covers other medical conditions,” the EEOC said. Additionally, an employer may provide abortion benefits directly or through a collective bargaining agreement.

Notably, states have their own rules on abortion coverage for private insurance plans, which vary significantly. For example, half the states limit or prohibit abortion coverage in healthcare plans that are offered through a state-regulated Affordable Care Act Marketplace. On the opposite end of the spectrum, several states – including California, Illinois, and New York – require state-regulated plans to cover abortions and related care.

The decision overturning Roe v. Wade did not make abortion illegal nationwide. Rather, it lifted the federal right to abortion access and gave states the ability to pass stricter abortion laws. For multi-state employers that are fully insured, monitoring of activity of state departments of insurance will also be important as states are free to regulate the insurance industry within their state, including insurance issued in another state that covers individuals within such state.

In addition, questions remain regarding the impact of state abortion restrictions and bans for employers with self-insured plans. While fully insured medical plans are subject to state insurance laws, employers with self-funded healthcare plans are governed by the federal Employee Retirement Income Security Act (ERISA), which generally preempts state law. Litigation on the ERISA preemption and state regulation issues are surely going to follow – in particular for employers who adopt travel benefits for abortion access.

Many employers have already announced that they will provide travel benefits to employees and family members who live in states where abortion is outlawed or severely curtailed. Travel benefits for medical care are not uncommon in group health plans and can be provided tax-free up to certain limitations in the Internal Revenue Code.

Providing travel benefits outside of the group health plan to all employees raises additional tax, Affordable Care Act, and ERISA compliance issues. Therefore, you should discuss the consequences of such decisions with benefits counsel. Of course, the provision of any travel benefits should be monitored in light of the state laws that are being changed and updated across the country.

You should consult with your employee benefits counsel to determine how to best comply with applicable federal and state laws for any decisions regarding abortion coverage and travel access.

Job-Protected Leave May Be Available

Although Title VII and the PDA protect workers from employment discrimination based on their decision to have (or not to have) an abortion, additional issues involving absenteeism may arise if an employee needs time off to travel to another state for abortion-related care.

Is such leave job-protected? It depends. Title VII does not require an employer to provide pregnancy-related leave if it doesn’t provide leave for other temporary illness or family obligations, according to the EEOC. However, employees can take job-protected leave as a reasonable accommodation under federal law in some circumstances, and state laws may provide additional protections. Here are some of the federal laws that may come into play:

Notably, pregnancy alone is not considered a disability under the ADA. However, a pregnancy-related impairment may be covered by the ADA, in which case you should engage in an interactive dialogue with the employee to explore reasonable accommodations.

A pregnancy-related impairment is considered a disability if it substantially limits a major life activity (such as walking, standing, and lifting) or a major bodily function (such as the musculoskeletal, neurological, cardiovascular, circulatory, endocrine, and reproductive functions). Therefore, an employee who is seeking an abortion due to a disability may be entitled to take ADA-protected leave in addition to what you would normally provide under a sick leave policy, unless the leave accommodation would result in an undue hardship for the business.

While Title VII, the PDA, and ADA apply to employers with at least 15 employees, pregnant workers at larger companies (with 50 or more employees) may be entitled to take time off under the FMLA.

Employers that are covered by the FMLA must provide eligible employees with up to 12 weeks of leave in a 12-month period for various reasons, including to address the employee’s own serious health condition. Employees with qualifying medical conditions are eligible for FMLA leave if they worked for a covered employer for at least a year and for at least 1,250 hours during the previous year.

An employee may be eligible to take FMLA leave for abortion-related care if their healthcare provider determines that they have a qualifying serious health condition. When administering such leave requests, you should follow FMLA guidelines for obtaining certification from the employee’s healthcare provider and maintaining confidentiality of the employee’s medical information.

Importantly, you should note that state laws may cover smaller businesses and provide employees with additional leave rights, as well as privacy, confidentiality, and anti-discrimination protections. Consult with local counsel to discuss the interplay between federal, state, and local employment laws.