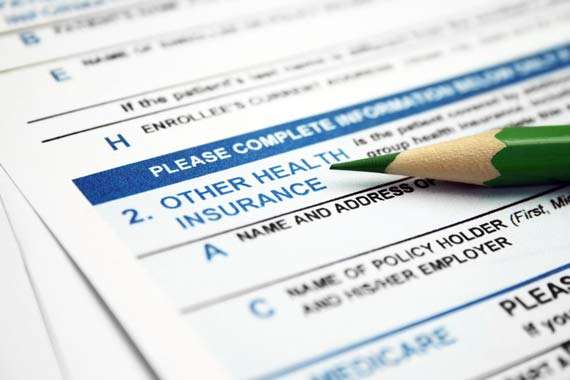 President Obama announced yesterday (November 14, 2013)  that health insurers may elect to continue policies in the individual and small group market even if these policies do not meet minimum requirements under the Affordable Care Act (ACA).  These non-ACA-compliant policies can only be continued through 2014, and only for current enrollees. It remains to be seen how many insurers actually will elect to continue non-compliant policies, since many have already sent out cancellation notices and changed their claims paying systems to comply with the 2014 ACA requirements.  Even those insurers who want to continue such policies can only do so if their state insurance regulators approve continuation, and if applicable state law does not prohibit it.

The President’s announcement was in response to the growing public outcry  as millions of people nationwide received notice from their insurers that their existing policies would be cancelled effective January 1, 2014 because they were not ACA-compliant.  The President has promised repeatedly over the past three  years  that Americans who like their current health insurance plans or doctors can keep them under Obamacare.  This has turned out not to be the case, because the ACA “grandfather” provisions only allow continuation of non-compliant plans that were in effect on March 23, 2010 (when the ACA was enacted) and have been continually in existence since then.  People who have enrolled in new policies since March 23, 2010, do not have “grandfathered” coverage, and the ACA mandates that such policies (in the individual and small group markets) must be terminated by the end of 2013 if they do not comply with the ACA “insurance market reforms.”

The President’s announcement means that IF insurers do elect to continue these policies, individuals who are already enrolled in these policies may choose to continue that coverage.  Health and Human Services (HHS) clarified the specifics of this transitional rule by issuing a letter later in the day to all State Insurance Commissioners.  The letter confirms that the  transitional rule applies for one year to individual and small plans that were:

The HHS letter is reproduced at the end of this article and is at:  http://www.cms.gov/CCIIO/Resources/Letters/Downloads/commissioner-letter-11-14-2013.PDF

The HHS letter requires health insurance issuers who elect to continue or reinstate policies that would otherwise be cancelled to notify all individuals and small businesses that received– or would receive–a cancellation or termination notice.  The notice must inform them of:

The HHS letter urges state agencies responsible for enforcing ACA insurance market reforms to adopt the same transitional policy that HHS has adopted.   This will be more difficult for states that are already operating their own state-run health insurance marketplaces, or that have enacted legislation that requires the termination of these non-ACA compliant contracts as of December 31, 2013.  California Insurance Commissioner David Jones urged Covered California (the California Marketplace) to allow insurers a one-year delay before requiring cancellation of such policies, but Covered California has not yet issued a decision.  Three other states with state-run marketplaces have already announced that they will not allow insurers to continue or reinstate existing health policies that are not ACA compliant in 2014:  Rhode Island, Vermont and Washtinton.     (Humer/Skinner, Reuters, 11/15)

What About Policies that Renew Early (December 1)?

The HHS notice specifies (in footnote 4) that the transitional relief “is not applicable to newly obtained health insurance coverage,” and “does not apply with respect to individuals and small businesses that obtain new coverage after October 1, 2013.”  It is not clear whether early renewals (December 1) of existing contracts would be considered “new coverage” and eligible for the transition rule.  Even if they are not, will early renewal policies be allowed anyway, because the new ACA requirements would not apply until the first day of the 2014 plan year anyway?  Additional guidance would be appreciated.

Certain ACA Requirements Will Apply to Renewed Policies in 2014

Even if some insurers do renew existing policies, these policies must comply with the following ACA requirements in 2014:

Today (November 15) the House responded by enacting a bill that will allow insurance companies to continue selling non-ACA compliant policies –even to individuals who are not currently enrolled–if the policies were in effect as of January 2013.  The bill was passed by a vote of  261-157.  The legislation was sponsored by Rep. Fred Upton (R-Mich.). The White House has threatened to veto the bill if the Senate also passes it.

The full text of the November 14 CMS letter to Insurance Commissioners is:

Some individuals and small businesses with health insurance coverage have been notified by their health insurance issuers that their coverage will soon be terminated. We understand that, in some cases, the health insurance issuer is terminating or cancelling such coverage because it would not comply with certain market reforms that are scheduled to take effect for plan or policy years starting on or after January 1, 2014, such as the new modified community rating and essential health benefits package standards. (FN1)  Although affected individuals and small businesses may access quality health insurance coverage through the new Health Insurance Marketplaces, in many cases with federal subsidies, some of them are finding that such coverage would be more expensive than their current coverage, and thus they may be dissuaded from immediately transitioning to such coverage.

In light of this circumstance, under the following transitional policy, health insurance issuers may choose to continue coverage that would otherwise be terminated or cancelled, and affected individuals and small businesses may choose to re-enroll in such coverage. Under this transitional policy, health insurance coverage in the individual or small group market that is renewed for a policy year starting between January 1, 2014, and October 1, 2014, and associated group health plans of small businesses, will not be considered to be out of compliance with the market reforms specified below under the conditions specified below.  (FN 2)  We will consider the impact of this transitional policy in assessing whether to extend it beyond the specified timeframe.

The specified market reforms are the portions of the following provisions of the Public Health Service Act that are scheduled to take effect for plan or policy years starting on or after January 1, 2014, and any corresponding portions of the Employee Retirement Income Security Act (ERISA) and the Internal Revenue Code (Code):

The specified conditions are the following:

State agencies responsible for enforcing the specified market reforms are encouraged to adopt the same transitional policy with respect to this coverage.