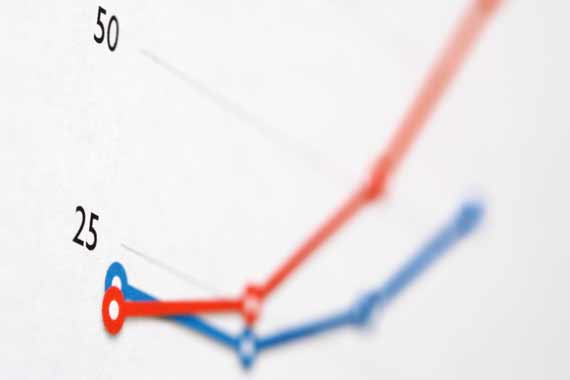 Actuarial Value and Minimum Value are two terms under the Affordable Care Act (ACA) that often generate confusion.  This article explains the two terms and how they apply to health plans of large and small employers.

What is the difference between “actuarial value” (AV) and “minimum value” (MV)?

“Minimum value” is the 60% actuarial value level, and it is the threshold that all (non-grandfathered) plans must meet or exceed, as of the 2014 plan year.  Large insured and all size self-insured plans are not required to meet the specific actuarial values listed above, but they must provide at least 60% actuarial value.   This means that the plan pays on average at least 60% of the total cost of allowed benefits under the plan, and the enrollee pays—via deductibles, coinsurance, copayments and other out-of-pocket amounts— on average no more than 40% of the total cost of allowed benefits.  Only grandfathered plans are exempt from the requirement to provide at least minimum value.

That depends.  Plans sold in Exchanges/Marketplaces must meet specified actuarial values (plus or minus two percentage points).  In 2014 and 2015 the Small Business Health Options Program (SHOP) Marketplace is available only to “small” employers, defined as those with up to 100 employees, but states can limit eligibility to employers with up to 50 employees, and many states (including California) have done so.  In 2016 “small” will be expanded to include employers with up to 100 employees, and in 2017 and beyond states can allow employers of all sizes to buy coverage in the Marketplaces.   In states that do, large employer plans purchased in the Marketplace will have to meet specified actuarial values, the same as small employer plans.

How are actuarial value and minimum value calculated?

As noted previously, actuarial value is the percentage of total allowed expenses paid by the plan.  What this means is that the percentage of allowed expense not paid by the plan will be paid via cost-sharing by the enrollee.  Cost-sharing includes the deductible, co-payments, co-insurance, and other out-of-pocket costs paid by the enrollee. Cost-sharing does not include the premium, nor does it include balance billing for out-of-network services or amounts due for benefits not covered under the plan.

How does the Medical Loss Ratio (MLR) relate to Minimum Value?  I thought health insurers had to apply at least 80% or 85% of their premiums to pay claims, or pay rebates to policyholders?

The medical loss ratio (MLR) is different from Minimum Value, but both concepts affect plan costs and claims payments.  The MLR relates to total premiums and requires carriers to use at least a specified percentage of premiums received to pay claims.  Minimum value relates to the total cost of allowed benefits under the plan, and requires the plan to pay (on average) at least a specified percentage of these total costs. Since the premium amount for a bronze plan would be lower than the premium for a platinum plan, for example, a carrier in the small group market will be required to apply at least 80% of the (lower) premiums collected for its bronze plan to pay at least 60% of the total cost of benefits covered under the bronze plan, and will be required to apply 80% of the higher premiums collected for its platinum level plan to pay at least 90% of the cost of benefits covered under its platinum plan.

How will an employer know what actuarial value its coverage provides, or if it even meets minimum value?

A plan sponsor can use either of the first two methods listed below to determine if its plan provides minimum value or what actuarial value it provides.  The third method below applies only to minimum value calculations, not to actuarial valuations generally.  The calculators and safe harbor checklists are free of charge; however, if a plan or issuer hires an actuary to provide an actuarial certification, it will have to pay for the services of the actuary.

How will these safe harbor checklists work?

Each safe harbor checklist will describe the cost-sharing attributes of the four “core” categories of benefits and services:

Under what circumstances will a plan be required to hire an enrolled actuary to provide an actuarial certification?

As noted above, an actuarial certification may be needed if a plan contains nonstandard features that preclude the use of the MV Calculator and safe harbor checklists.  Nonstandard features would include quantitative limits (for example, limits on covered hospital days or physician visits) on any of the four core categories of benefits and services.

Yes.  Based on statements by HHS (in the preamble to the proposed regulations on Essential Health Benefits and Actuarial Value), most group health plans currently meet the 60% actuarial value requirement.  In fact, HHS estimated that at least 96-98% of participants in employer-sponsored group health plans are in plans that provide at least minimum value.  An example of an employer plan that might not meet the 60% requirement is a “mini-med” or catastrophic coverage only plan.

When did the government publish these calculators, and will they be revising them, or are these final calculators?

HHS released its Actuarial Value Calculator on February 20, 2013; and its Minimum Value Calculator, or MV Calculator, on February 25, 2013, in connection with the final rule on essential health benefits (EHBs).  HHS also released explanations of the methodology used to determine Actuarial Value and Minimum Value.  According to HHS, the calculator is available for “informal external testing.” Users of the MV Calculator are encouraged to submit any technical issues or operational concerns to HHS and, if necessary, HHS will release a revised version of the MV calculator.