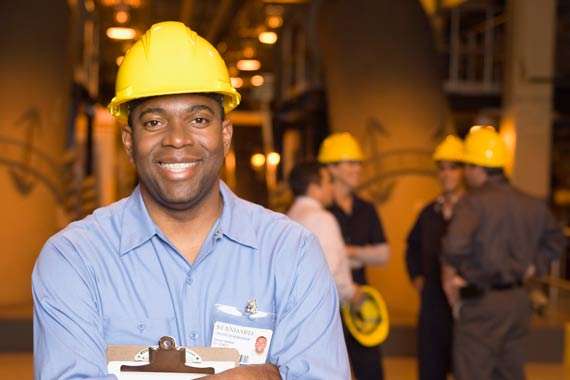 This white paper updates the original one issued in June 2013 and answers additional questions I’ve received in recent months about employer responsibilities under PPACA where some of the employees are Union employees.

Question 1: Does the size of the multi-employer plan or the size of the Union affect whether an employer is considered large or small for purposes of the Employer Shared Responsibility (ESR, also called “Play-or-Pay”) provisions of PPACA?

Answer 1:  No, whether an employer is a “large” employer and subject to the “Pay-or-Play” requirement is determined by the number of full-time employees (FT EEs) and “full-time equivalents” (FTEs) the employer employed on average during the prior calendar year.  For 2015 only, an employer can count the number of employees based on any six consecutive months in 2014, rather than on the entire year.  The determination of employer size is not based on the size of the Union or the multi-employer union plan.

Question 2:
Is an employer subject to the Employer Shared Responsibility provisions (and the potential penalties) if the employer has fewer than 50 full-time employees and “full-time equivalents” (FTEs) who are non–union employees, but has more than 50 employees when counting both union and non-union employees?

Answer 2:
Yes, an employer must count both union and non-union employees in determining whether it is a “large” or “small” employer.  As noted above, an employer determines its status as a “large” or “small” employer for the current year by counting its total number of full-time employees (FT EEs)  and “full-time equivalents” (FTEs) in each month of the prior year (or for only six months in 2014, under the transition rule noted above).  There is no exclusion for union employees. For each month, the employer must count:

Answer 3:
The short answer is NO.  An employer is not required to offer its group health plan to union employees if the employer contributes to a union health plan on their behalf and that plan offers affordable coverage that provides at least minimum value.

Specifically, the final regulations include a special rule on union employees when it comes to the large employer obligation to “offer” group health coverage and to the imposition of potential penalties (“assessable fees”) for not offering it.  A large employer will not be required to offer its group health plan to union employees and will not face potential penalties under IRC section 4980H(a) or (b) if all the following conditions are met:

How will an employer know if the multi-employer plan is in compliance?

The preamble to the final regulation provides that any future guidance that limits the scope of the above guidance will be applied prospectively and will apply no earlier than January 1 of the calendar year beginning at least six months after the date such guidance is issued.  The preamble also clarifies that the guidance applies to non-federal governmental multiemployer plans as well as to private sector plans.

Question 4:
How do the Waiting Period rules apply if a bargaining agreement provides for an “hour bank” – where union members may accumulate hours working for various contributing employers, and if they accumulate at least a specified number of hours in a calendar quarter, they will be eligible for group health coverage as of the first day of the next quarter?

Answer 4:
The final Waiting Period regulations (issued February 20, 2014) provide that the Agencies will accept that arrangement as compliant with the ACA waiting period requirements.  This applies even though the general waiting period limit is 90 calendar days, and not the first of the month following 90 calendar days. So, for example, if a union employee does not qualify the first quarter but does the second, so is eligible as of July 1, that will be considered compliant even though the waiting period is more than 90 days.  (The final Waiting Period regulations are at http://www.dol.gov/opa/media/press/ebsa/20140220-redfeg1.pdf)

Question 5:  Must an employer send the Exchange Notice to its employees who are covered under a collective bargaining agreement? The employees are covered under the multiemployer union health plan and might also provide services to other employers at times.

Question 6:
If an employer has some employees who are union employees, how does that affect the employer’s obligation to report the value of health care coverage on employees’ W-2s?

Answer 6:
An employer is required to report the total cost (both employer and employee contributions) of employer-provided health care on employees’ W-2s for a particular year if the employer issued at least 250 W-2s in the prior year.  To determine how many W-2s it issued in the prior year, an employer must count W-2s it issued to both union and non-union employees, and to full-time and part-time employees. However, the exception for employers who issued fewer than 250 W-2’s in the prior year is only for a limited time.  It is part of the “transition relief” provided under current IRS guidance. It is likely that as of 2015 or 2016 all-size employers will have to report.

The transition relief under current IRS guidance on W-2 reporting of health care costs also provides that an employer is not required to report the cost of health care benefits that was provided through a multi-employer union plan.  The matrix on the IRS website (URL listed below), lists as “optional” whether an employer must report the value of coverage provided under a multiemployer union plan.

If future guidance expands these reporting requirements (for example, requires employers to report the value of coverage provided under a multiemployer union plan), such guidance will apply only to calendar years that start at least six months after the guidance is issued.   This and additional information on the W-2 reporting is available at http://www.irs.gov/uac/Form-W-2-Reporting-of-Employer-Sponsored-Health-Coverage.