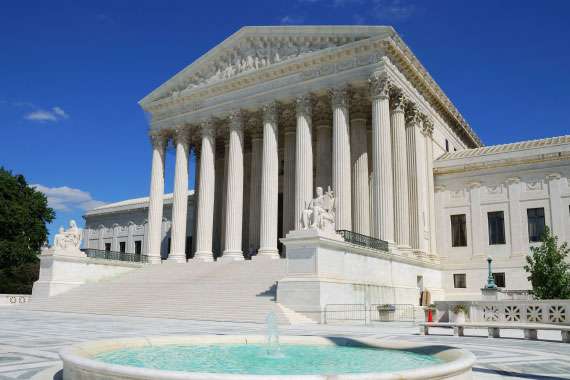 On July 22, two different Appeals Courts issued conflicting rulings on the question of whether federal tax credits under the Affordable Care Act (ACA) are available to individuals enrolled in Healthcare.gov (the exchange run by the federal government), or only to individuals enrolled in state-based exchanges.   For now, these tax credits remain available to all qualifying enrollees in both state and federal exchanges, but the issue will no doubt eventually be resolved by the US Supreme Court. If the Supreme Court ultimately invalidates tax credits and other subsidies in the federal exchange, that would undermine the foundation of the ACA, since 36 states offer benefits through HealthCare.gov, and only 14 states have established their own exchanges.

The two cases are:

Why the Conflicting Court Decisions?

The Halbig court disagreed, concluding instead that the legislative history “provides little indication one way or the other of congressional intent,” but “the ACA unambiguously restricts the section 36B subsidy to insurance purchased on Exchanges ‘established by the State.’” The court thus reversed the district court and vacated the IRS’s regulation. The Obama administration immediately said it would appeal the decision and seek an en banc review from the full appeals court (11 members).

In contrast, the King court issued the opposite decision (only hours later), based on essentially the same facts. In King, the court held unanimously that “the applicable statutory language is ambiguous and subject to multiple interpretations.” It thus deferred to the IRS’s determination, upholding it as “a permissible exercise of the agency’s discretion,” and affirming the judgment of the district court which had held that the tax credits are available in both state and federal exchanges.

If the subsidies are eventually invalidated for individuals enrolled in qualified health plans (QHPs) through federal exchanges, this will essentially gut the ACA.  There are significant implications for individuals, employers, health insurers, and for states that have not established their own exchanges (or have but are considering changing to the federal exchange in the future).

1-   Individuals:  The “individual mandate” provisions of the ACA require most Americans to either have health coverage or pay a penalty/tax, but the tax does not apply if purchasing coverage would be an “economic hardship.”  One category of economic hardship is if the lowest-price available coverage would cost more than 8% of household income.  For the overwhelming majority of enrollees in federal and state exchanges, the cost of coverage would exceed this 8% threshold if they did not receive tax credits. Of the 8.1 million people currently enrolled in state and federal exchanges, approximately 5.4 million are enrolled through the federal exchange, and over 4.5 million of them are receiving tax credits. If these individuals were to lose their tax credits, many of them would drop their health insurance because it would be unaffordable.   Additionally, most of these individuals would not be subject to the individual mandate penalty because their cost for health insurance would be more than 8% of household income.

2-   Employers: Under the Employer Shared Responsibility provisions, large employers will be subject to penalties if they do not offer suitable health coverage to most full-time employees, and at least one full-time employee buys health insurance through an exchange and qualifies for a tax credit. If tax credits are not available to enrollees in HealthCare.gov, that means their employers will face no penalties if they do not offer health coverage.

3-   Health Insurers: If enrollees in HealthCare.gov lose their subsidies, it is very likely that most healthy individuals will drop coverage because it will be unaffordable, but less healthy (higher-cost) individuals will pay the higher premium amounts because they need coverage. This means a less healthy risk pool, and insurers have argued that this will destabilize insurance markets, which will result in significant premium increases in order to cover expected higher claims.

Next Steps for Employers?

There are no next steps for employers at this time.  Just stay tuned and see what  happens to these cases on appeal.  For now, qualifying individuals insured through HealthCare.gov continue to be eligible for tax credits.  It is generally expected that this issue will be appealed to the US Supreme Court, and that the Supreme Court decision will be 5-4, but the question is whether the majority will uphold or invalidate the availability of tax credits and other federal subsidies in the federal exchange.

If the Supreme Court has not ruled on this issue by 2015, is it possible large employers will not be subject to a penalty even if full-time employees qualify for tax credits?  Congress could certainly enact such legislation (in theory, anyway).  Could an employer group seek an injunction of the employer mandate penalty (at least in states that have the federal exchange) if the legality of subsidies is pending before the Supreme Court?  Who knows what the future holds when it comes to health care reform!

Employers would be wise to continue compliance efforts at this time, and not count on the possibility that subsidies might be invalidated in the federal exchange.

Links to the Cases

In case you are reading this in hard copy rather than online, the two cases can be accessed as follows: