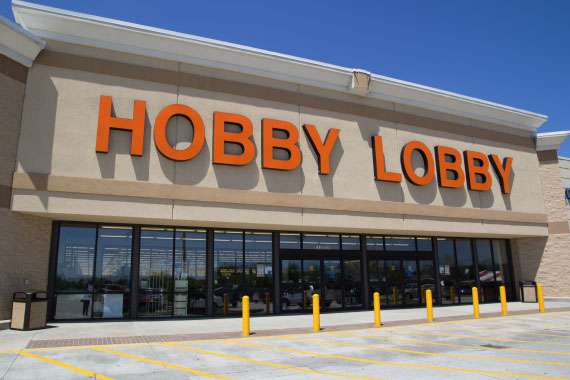 The US Supreme Court held 5-4 that closely-held businesses are not required to provide coverage for certain FDA-approved contraceptives if doing so would violate the sincerely-held religious beliefs of the company owners. Without this religious exemption, group health plans of for-profit employers would be required by federal law (the Affordable Care Act, or ACA) to provide first-dollar coverage of FDA-approved contraceptives to female plan participants. The decision was published June 30, 2014 and is generally referred to as the Hobby Lobby case.  It actually was a consolidation of two cases:  Burwell v Hobby Lobby (the family that owns Hobby Lobby also owns Mardel) and Conestoga Wood Specialties Corp v Burwell. (Burwell is the secretary of HHS).

The ACA requires most employer group health plans to provide first-dollar coverage of specified “preventive” services when they are provided by an in-network provider.   Example of preventive services include well-baby exams, immunizations, and “preventive care and screenings” for women. Guidance issued bythe Health Resources and Services Administration (HRSA), a component of HHS, specifies that preventive care for women includes coverage for all FDA-approved contraceptive methods.  There are currently 20, including four that the plaintiffs in this case object to:  two types of “morning after pills” and two types of IUDs.  Plaintiffs have refused to pay for these four methods under their group health plan because they claim doing so would violate their sincere religious belief that life begins at the moment of conception.

Previously-issued regulations and guidance exempt “religious employers” (such as churches) from this contraceptive mandate, and also provide an “accommodation” to other religiously-affiliated organizations (such as hospitals, universities and schools) that qualify as “eligible organizations.”  Under this accommodation, eligible organizations that certify their objections on religious grounds will not be required to contract, arrange, pay or refer for contraceptive coverage, but women enrolled in such group health plans will be provided contraceptive coverage at no cost, and such coverage will be provided and paid for by insurance companies or third-party administrators.  (See Leavitt article on July 10, 2013, at https://news.leavitt.com/health-care-reform/final-regulations-on-womens-contraceptive-coverage-and-obligations-of-religious-organizations/)

A number of other companies (both for-profit and not-for-profit) have filed lawsuits challenging the application of the ACA’s contraceptive mandate, primarily on grounds that it violates the Religious Freedom Restoration Act of 1993 (RFRA).  The Hobby Lobby case, and the Supreme Court’s decision in this case, applies only to closely-held, for-profit companies.

The Supreme Court held that “as applied to closely held corporations, the HHS regulations imposing the contraceptive mandate violate RFRA.”  To reach this conclusion, the  Court examined and answered the following four issues:

1- Whether for-profit companies are entitled to protection as “persons” under the  RFRA.
The Court held that they are for the following reasons:

2- Whether the ACA contraceptive coverage mandate imposes a “substantial burden” on such companies that sponsor group health plans.

The Court held that it does because the owners of the family-owned businesses would be subject to pay significant fines unless they engaged in conduct “that seriously violates their sincere religious belief that life begins at conception.” The annual fines for offering coverage but not complying with the contraceptive mandate would be about $475 million for Hobby Lobby, $33 million for Conestoga, and $15 million for Mardel. The annual penalties for dropping coverage altogether would be about $26 million, $1.8 million and $800,000 respectively.

The Court assumes that the interest in guaranteeing cost-free access to the four challenged contraceptive methods is compelling within the meaning of RFRA.

The Court held that the Government (HHS) has not shown that it lacks other less-restrictive means to achieve its compelling interest. For example, the Government could pay the cost of providing the four contraceptives to women whose employers have religious objections to providing them.  Or the government could extend the “accommodation” that it already has in place for religious nonprofit employers with religious objections to the contraceptive mandate. (This accomodation is explained above in the Background section.)

What the Hobby Lobby Decision does Not Say

The Court’s decision does not say that the religious exemption under RFRA applies to all publicly-traded companies. The Court’s decision specifically applies only to “closely-held” companies, which are defined under IRS guidance as those in which a majority of the company’s stock or profits is owned by five or fewer individuals.

Additionally, the majority decision specifically states that it is limited to contraceptives and “should not be understood to hold that an insurance-coverage mandate must necessarily fail if it conflicts with an employer’s religious beliefs.”  The decision seems to apply only to the four types of contraceptives at issue.

Third, the Court did not say that female plan participants are not entitled to contraceptive coverage through the group health plan of a closely-held,  for-profit company with religious objections to providing such coverage. It only said that the company is not required to pay for or provide coverage through its health plan.

The Supreme Court decision itself does not specify any “next steps” for employers.  Most employers will not be affected by the Supreme Court’s decision in this case, because the decision applies only to closely-held corporations whose owners hold a sincere religious belief that would be violated by providing contraceptive coverage.

It is very likely that HHS will soon issue guidance in response to the Supreme Court decision in the Hobby Lobby case, and it is likely HHS will, as the Court suggested, extend the accommodation that is already in place for religiously-affiliated employers.  Employers who believe they will no longer be required to provide some or all contraceptive coverage should talk with their legal counsel and their carriers (if health coverage is provided through an insured plan) or third-party administrators (if the plan is self-funded).