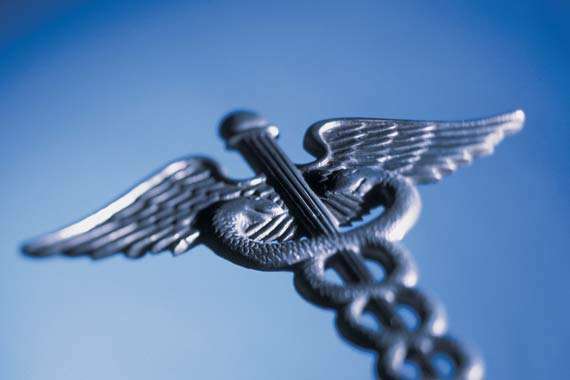 On December 28, 2012 the IRS issued “Questions and Answers on Employer Shared Responsibility Provisions Under the Affordable Care Act” and also issued proposed regulations on the same topic.  Employer Shared Responsibility provisions (IRC section 4980H) require “large” employers (those who employed on average at least 50 full-time employees or full-time equivalents)  to offer health coverage that is “affordable” and provides “minimum value” to “full-time” employees (and their dependents), or face potential penalties.  Full-time is defined as working on average at least 30 hours per week or 130 hours per month.

Small employers (under 50 employees) are not required to comply with the Employer Shared Responsibility provisions except if they are part of a controlled group that has at least 50 employees.  The ACA provides (and the proposed regulations clarify) that the Employer Shared Responsibility provisions apply to all entities that are part of a controlled group or an affiliated service group if the combined employee headcount is at least 50 full-time employees or full-time equivalents.

The proposed regulations are 144 pages and include details on most aspects of the Employer Shared Responsibility provisions and the potential penalties, as well as  a list of transition rules, safe harbors and special rules.  This initial article highlights those provisions we thought would be of most immediate interest to employers.   Additional updates will follow.

If you wish to send comments to the IRS, these are due by March 18, 2013 and can be sent electronically via the Federal eRulemaking Portal at http://www.regulations.gov (IRS REG-138006-12).

Delayed Effective Date for Non-Calendar Year Plans.  The ACA provides that the effective date of the Employer Shared Responsibility provisions is January 1, 2014.  A frequent question from plan sponsors with fiscal year plans that are non-calendar year plans has been whether their effective date will be the first day of their 2014 plan year, rather than January 1, 2014.  The effective date affects two things:  1) when the large employer is first obligated to offer coverage, and 2) the potential penalties that might be imposed (under IRC 4980H(a) and (b)) if the employer does not offer coverage that is affordable and provides minimum value to substantially all full-time employees. The proposed regulations provide that a large employer will not be subject to either penalty until the 2014 plan year (instead of January 1, 2014) as long as certain criteria are met.

Specifically, the regulations provide that IF:

the employer will not be liable for penalties until the 2014 plan year in either of the following situations:

a.  As of the open enrollment period prior to 12/27/2012, the plan was offered  to at least one-third of the employer’s employees (both full-time and part-time) or

b.  The plan actually covered at least one-fourth of the employer’s employees (both full-time and part-time) on at least one day between October 31 and December 27, 2012.  (The employer can choose the day.)

Determination of Large Employer Status:  Option to Use  6 Months Rather than 12 in 2013.  An employer determines whether or not it is a large employer for any year by counting the number of full-time employees and full-time equivalents it had in each month during the prior calendar year.  A transition rule applies for determining large employer status for 2014, however.  An employer may elect to the count the number of full-time employees and full-time equivalents during any six consecutive month period in 2013 rather than counting employees in all 12 months of 2013.

Paid Leave Time Counts in Determining Full-Time Status.   A full-time employee is one who works on average at least 30 hours per week or 130 hours per month.  Many employers have asked whether the hours counted included only hours worked or also hours paid when no work is performed, such as vacation, holidays or paid leave. The proposed regulations clarify that the hours counted to determine full-time status must include both hours when work is performed and also hours for which an employee is paid or entitled to payment even when no work is performed.   The regulations specifically note that this includes paid time for vacation, holiday, illness, incapacity (including disability), layoff, jury duty, military duty or leave of absence.  Additionally, the regulations adopt the term “hours of service” rather than “hours worked” (as used in prior Notices) because “hours of service” includes hours for which payment is due even though no work is performed.

This means, for example, that an employee’s hours while out on paid FMLA leave must be counted for purposes of determining the employee’s status as full-time or part-time.  For the rules on counting unpaid FMLA leave, see the section at the end of this article entitled “Special Rules for Rehires/Employees Returning from Unpaid Leave.”

Use of Temporary Staffing Agencies/ Temporary Employees  For purposes of determining who is the “applicable large employer” that may be liable for a penalty for not providing affordable and adequate coverage to all full-time employees, the proposed regulations provide that the common law standard will apply. Under this standard, “an employment relationship exists when the person for whom the services are performed has the right to control and direct the individual who performs the services, not only as to the result to be accomplished but also as to the details and means by which that result is accomplished.” The IRS generally applies a 20-point test to determine who is the common law employer. The Preamble to the proposed regulations assumes that in some cases the common law employer will be the temporary agency, and in others it will be the “client” employer.  However, for leased employees (as defined in IRC section 414(n)(2)), the Preamble and the proposed regulations provide that the leasing company (and not the “client” employer) will be the common law employer. Employers who use temporary staffing agencies, leasing companies and/or Professional Employer Organizations (PEOs) should consult with their legal counsel to determine their potential liability as an “applicable large employer.”

Requirement to Offer Coverage to Dependents Delayed until 2015.  Generally, to avoid the ‘Non-offering” employer penalty under IRC 4980H(a) (of $2,000 annually times the number of eligible full-time employees minus the first 30), a large employer must offer coverage to all full-time employees and their dependents. The regulations define dependents as the employee’s children under age 26, but not the employee’s spouse.

(Comment: Neither the proposed regulations nor the Preamble address this, but it appears one ramification of not including the employee’s spouse in the definition of dependent is that if an employer does not offer coverage to spouses, a middle-class employee’s spouse might qualify for the premium tax credit (if household income is 133-400% of the FPL), and this will not subject the employer to a penalty.  One of the requirements for eligibility for the premium tax credit or the cost-sharing subsidy is that the individual must not have employer-sponsored or government coverage available.)

5% “Margin of Error” Rule for “Substantially All” Test.   For employers who do offer coverage to employees and their dependents, the proposed regulations offer an alternative special rule under which a large employer will be treated as offering coverage to all its full-time employees (and their dependents) for a calendar month (and will not be subject to the “Non-offering” employer 4980H(a) penalty for that month) if the employer offers coverage to all but 5% (or if greater, five) of its full-time employees and their dependents.
However, the employer still would be subject to the 4980H(b) penalty ($3,000 annually per affected employee), for each full-time employee (of the five or 5%) who was not offered coverage and who buys coverage in the exchange and receives a premium tax credit or other subsidy. This rule applies whether the failure to offer was intentional or inadvertent.

An employer may choose to apply one or more of the safe harbors for any reasonable category of employees but must do so on a uniform and consistent basis for all employees in a category.  For example, an employer might choose to apply the FPL safe harbor for variable hour or seasonal employees who are treated as full-time employees for a 12-month stability period based on hours worked during a prior 12-month measurement period.  Then, even if these employees actually worked fewer hours during some or all of the stability period, the coverage would be affordable so long as the employee cost for self-only coverage is no more than 9.5% of the FPL.  (Based on the 2012 FPL of $11,170, the monthly employee cost could be $88.43, even if that was more than 9.5% of the employee’s actual compensation for any particular month.)

Salary Reduction Elections for Health Coverage through Cafeteria Plans for 2013 Cafeteria Plan Years:  As of January 1, 2014, some employees who previously enrolled in employer-sponsored group health plans may wish to buy health insurance in an Exchange instead, and some employees who did not  previously enroll in employer-sponsored coverage may wish to do so to avoid the tax that will apply for non-compliance with the Individual Mandate (the requirement that individuals have or purchase health coverage).  These events are not currently included as “change in status” events under IRS rules for cafeteria plans, so employees would not be able to make such mid-year changes if their employers offer health coverage on a pre-tax basis through cafeteria plans.  The proposed regulations allow employers with non-calendar year cafeteria plans who allow employees to enroll for health coverage and pay on a pre-tax basis to amend their cafeteria plans to allow enrollees and eligible employees to prospectively revoke or change their elections, or to make a prospective pre-tax election for health coverage, regardless of whether the employee had a change in status event.  The plan amendments must be made by 12/31/2014 and be retroactive to the first day of the 2013 plan year of the cafeteria plan.

Special Rules for Rehires/Employees Returning from Unpaid Leave.  A frequent question from many employers (particularly temporary staffing agencies and employers with seasonal employees) is what happens when an employee is terminated and rehired, or when an employee returns from unpaid leave or from a period of no work hours?  Must the employer count prior hours in determining whether the employee worked on average at least 30 hours per week during the Measurement Period, or can the employee be treated as a new employee?  The proposed regulations provide two special rules for an employee who ceases active employment (whether or not the employee is actually “terminated” from the employer’s payroll records) and subsequently returns to work.

The proposed regulations specify that the two rules above (the 26-week and “optional parity” rules) do not apply for “special” unpaid leaves, defined as FMLA, USERAA leave (military duty) and jury duty.  For these types of leave, individuals must be treated as continuing employees, not as terminated and rehired employees. The proposed regulations propose two methods for averaging an employee’s hours when applying the look-back measurement method to measurement periods that include special unpaid leave:

1)      determine the employee’s average hours of service per week during the Measurement period excluding the special unpaid leave period, and use that as the average for the entire Measurement Period; or

The regulations also provide that educational organizations (schools) must apply one of the above two averaging methods to employees who are on employment break periods related to or arising out of non-working weeks or months under the academic calendar.  However, educational organizations are not required to credit an employee with more than 501 hours of service during any calendar year.