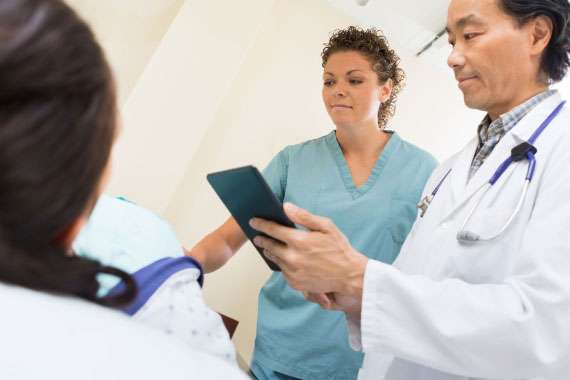 If this sounds like old news, that’s because it sort of is.  The IRS said the same thing in a notice it issued on February 27th of this year, which also stated the IRS’s intent to issue regulations on this.  The proposed regulations issued at the end of August officially withdraw and replace the 2013 IRS proposed regulations. The 2013 regulations only included the 60% actuarial value requirement, not also the requirement to provide substantial physician and hospitalization services.

For this purpose a plan can define EHBs using any state’s definition of EHBs for plans in the individual and small group markets.

HHS published an on-line calculator plans could use to determine if they met the minimum value standard.  However, some issuers and plan administrators figured out how to barely meet the 60% actuarial value without providing coverage for physician services or inpatient hospitalization, services that have always been considered core benefits under major medical plans.  These plans usually had an actuarial value of 60.1% – 62%, which they reached by front-loading and paying 100% for coverage of other less expensive benefits such as office visits.

In response to these end runs around the minimum value rule, the IRS issued the February 2015 notice referenced above, stating its intention to amend the 2013 regulations to require coverage for those services as part of the minimum value standard.  At the same time, HHS issued proposed regulations amending the definition of minimum value, and then finalized that rule in the 2016 benefit and payment parameter rule. [http://www.gpo.gov/fdsys/pkg/FR-2015-02-27/pdf/2015-03751.pdf ]

The reason it matters whether a plan provides minimum value is because of the criteria that determine whether an individual qualifies for a subsidy to buy coverage in the marketplace.  US citizens and legal residents qualify if they have modified adjusted household income of 100-400% of the federal poverty level and they do not otherwise have minimum essential coverage available, such as an employer group health plan or a government plan.  An employer can prevent its employees from qualifying for a subsidy—and protect itself from a potential penalty under Code section 4980H(b)—by offering all full-time employees coverage that is affordable and provides minimum value.  If an employer provides coverage that is affordable and purports to provide minimum value, but does not cover inpatient hospitalization and physician services, employees in poor health who need such services will be prevented from receiving a subsidy for a marketplace plan that actually cover these core benefits.

There are several different effective dates, for different purposes and for the original and new components of the minimum value rule.

In the August 31, 2015, proposed rule, the IRS also requested comments (due by November 2, 2015) on how to determine whether a plan provides “substantial coverage of inpatient hospitalization and physician services” and any other issues.