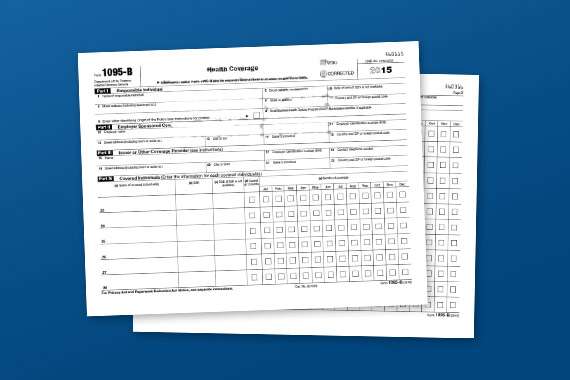 On June 16, 2015, the IRS released draft versions of 2015 forms 1094 and 1095 that employers will use to report what health plan coverage they offered or provided to employees.  This information reporting is required under Internal Revenue Code Sections 6055 and 6056. These 2015 draft forms are largely unchanged from the 2014 versions, except for a few minor changes noted below.

These 2015 forms and instructions are draft versions only and should not be filed with the IRS or relied upon for filing. The IRS may make changes prior to releasing final 2015 versions.  The IRS has not yet released instructions to the 2015 forms.

The Affordable Care Act (ACA) created new information reporting requirements under Internal Revenue Code (Code) Sections 6055 and 6056. Under these new reporting rules, certain employers must provide information to the IRS about the health plan coverage they offer (or do not offer) or provide to their employees. Reporting is first required in the first quarter of 2016, related to coverage offered or provided in 2015. The IRS previously released final 2014 versions of the reporting forms on Feb. 8, 2015, as well as line-by-line instructions, separate Q&As on Code section 6055 and 6056 reporting and Q&As on Employer reporting using Forms 1094-C and 1095-C.  See links to these at the end of this article 2015 Draft Forms – Changes from 2014 Forms The 2015 draft forms just released include the following minor changes from the 2014 versions:

In addition, according to a note on the 2015 draft Form 1095-C, the IRS intends to include two additional “Offer of Coverage” codes for 2016 and beyond. On the 2015 forms, the “Offer of Coverage” codes will remain unchanged for 2015. In 2016 and beyond, the IRS intends to include these additional codes, which an employer would use (if applicable) to indicate that the employer’s offer of coverage to an employee’s spouse is a conditional offer.

Links to Prior and Updated IRS Guidance