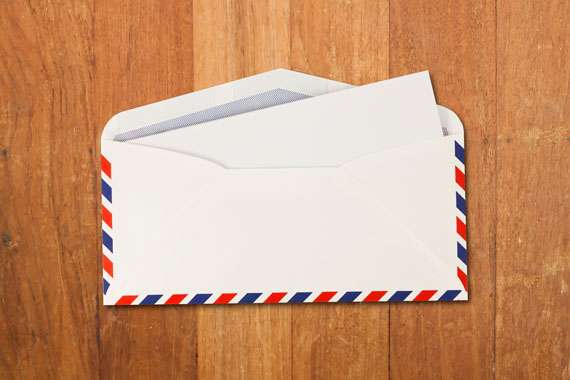 If you receive a letter from the IRS-SSA-CMS Data Match program, be sure to respond to it, within 30 days! Potential penalties if you don’t are $1,000 for each person listed in the letter, IRS excise taxes on your group health plan, and the government subpoenaing your records to enforce compliance. In many cases it is not that difficult to provide the information requested in the Data Match letter!  So save yourself a future headache and respond to the Data Match letter now.

What is the Data Match Program?

The IRS-SSA-CMS Data Match program was established to help the Internal Revenue Service (IRS), the Social Security Administration (SSA), and the Centers for Medicare and Medicaid Services (CMS) share information that each agency has about whether Medicare beneficiaries or their spouses have coverage in addition to Medicare. The Medicare Secondary Payer (MSP) Rules provide that if an individual has coverage under both Medicare and certain other types of coverage, Medicare pays secondary and the other coverage pays primary.

The Data Match Project has saved the Medicare Trust Funds more than $3.5 billion to date, according to the CMS webpage.  The Data Match project was established pursuant to Section 6202 of the Omnibus Budget Reconciliation Act (OBRA) of 1989.

What are Employers Required to Do?

Employers who receive a questionnaire from the federal government are required to complete it. The questionnaire requests group health plan information on identified individuals (listed in the questionnaire or letter) who are either employees or spouses of employees and are entitled to Medicare or married to a Medicare beneficiary.

Generally, the questionnaire asks if each named individual worked during a specific time period, and if so, whether he or she had employer-sponsored GHP coverage.   Employers must respond within 30 days of the initial inquiry, unless an extension has been requested and approved.

A follow-up letter generally will require the employer to go online and provide additional information for the listed individuals who had employer-sponsored coverage, such as what coverage the individual had during specific time periods. Often, the letter will list dates of service and medical expenses for which Medicare paid primary, and CMS believes perhaps the employer group health plan should have paid primary.

Why would an Employer get a Data Match Letter?

The situation usually arises because an individual who has Medicare coverage incurred medical or hospitalization expenses, and Medicare is trying to determine whether it should pay primary or secondary, or Medicare already has paid some or all of the expenses but has obtained information indicating that the individual also may have had coverage under an employer group health plan when the expenses were incurred.   Some of the reasons that Medicare pays first when it should pay second are:

Unfortunately, it is often several years later by the time Medicare audits and sends a letter to the employer/plan sponsor. Some employers have changed carriers or benefit options, or are self-funded and have closed out the plan year to which the Medicare claim applies.  Such employers may need to contact the “MSP” department of their carriers (and/or former carriers) and third-party administrators (or former TPAs) to determine what benefit option a particular employee (or former employee) or spouse (or former spouse) was covered under for the past three years.  You can see the complications here, right? Additionally, employers often find that former carriers and TPAs are not as quick to respond as current carriers and TPAs.

If CMS determines that Medicare should have paid secondary because a particular individual had employer-sponsored coverage, CMS will send a “demand for reimbursement” letter to the plan sponsor, carrier and third-party administrator. For insured plans, the carrier ultimately should be liable for claims it should have paid primary (but if the individual had HMO coverage and saw a non-HMO doctor, then Medicare would be the primary payer).  For a self-insured plan, the plan (not the TPA) ultimately will be liable, but you will want to involve your stop-loss carrier early in the process if the prior years’ claims might change your stop-loss carrier’s obligations.

While all employers probably support the purpose of the Medicare Secondary Payer rules—to save taxpayers money, by ensuring Medicare is not paying for expenses that should be paid by employer group health plans—if your plan is the recipient of a Data Match or “demand for reimbursement” letter, you may temporarily fail to appreciate the MSP rules.

What are the Penalties for Non-compliance?

The CMS may take the following actions against an employer that willfully or repeatedly fails to comply with CMS’s request by: