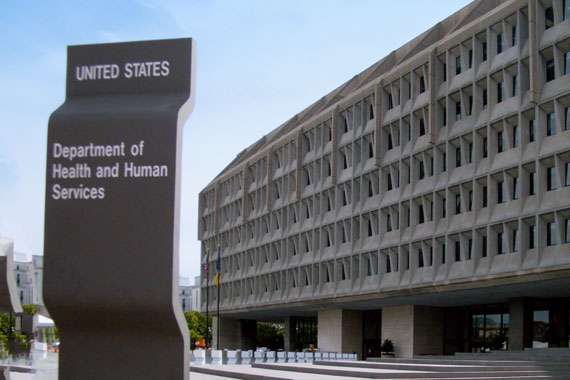 On February 20, 2015, HHS issued its final Notice of Benefit and Payment Parameters for 2016 and also issued a much-more-readable 5-page Fact Sheet.  Following are some items in the Fact Sheet that may be of interest to group health plan sponsors. The final rule generally addresses coverage that will be available in 2016.

Pediatric benefits must be provided through the end of the month in which the enrollee turns 19.

Mail Order Drugs also must be available in Retail Pharmacies: Issuers must provide most drugs at network retail pharmacies, not only through mail order. Issuers can charge different cost-sharing if the enrollee buys the prescriptions drug at a pharmacy rather than online. –page 2

Prescription Drug Coverage: Requires issuers to use a pharmacy and therapeutic (P&T) committee system, starting in 2017, and must also comply with the current USP drug count standard.   The current

drug coverage policy requires issuers to include in their formulary drug lists the greater of one drug for each U.S. Pharmacopeia (USP) category and class or the same number of drugs in each USP category and class as the state’s EHB benchmark plan.

Formulary Drug List: A health plan must publish an up-to-date, accurate, and complete list of all covered drugs on its formulary drug list, including any tiering structure and any restrictions on the manner in which a drug can be obtained, in a manner that is easily accessible to plan enrollees, prospective enrollees, the state, the Marketplace, HHS, OPM, and the general public.

Drug Exceptions Process: The final rule adds to the current procedures through which an enrollee can request and obtain access to a drug not on the issuer’s formulary; requires issuers to have a process in place under which an enrollee can request an independent external review if the health plan denies an initial request; and also clarifies that cost sharing for drugs obtained through the exceptions process must count toward the annual limitation on cost sharing for health plans subject to the EHB requirement. – page 2

Benefits discrimination:  Existing rules provide that “an issuer does not provide essential health benefits if its benefit design, or the implementation of its benefit design, discriminates based on an individual’s age, expected length of life, present or predicted disability, degree of medical dependency, quality of life, or other health conditions.” HHS notes that specific practices by issuers may be discriminatory, for example, restricting services based on age when the service may be appropriate for all ages, or placing most or all drugs for a specific condition on a high cost-sharing tier. – page 2 [Note: The final rule does not note this specifically, but there have been articles alleging that some issuers have put all AIDS/HIV drugs on the highest cost-sharing tier. This seems to be the kind of practice that HHS is noting is not OK.]

Meaningful Access Standards: The existing requirement to provide “oral interpretation” services means that Marketplaces, QHP issuers, and web-brokers must providing telephonic interpreter services in at least 150 languages. In 2017, these entities will have to provide taglines on websites and critical documents in 15 languages, and Marketplaces and web-brokers must actually translate the content of such documents to any language spoken by at least 10% of the state’s population. New web-brokers will have additional lead time to meet this standard.

Network Adequacy (Provider Directories):  Qualified health plan issuers must publish up-to-date, accurate, and complete provider directories, including information on which providers are accepting new patients, in a manner that is “easily accessible” to plan enrollees, prospective enrollees, the state, the Marketplace, HHS, and OPM.  The final rule provides that a provider directory is “easily accessible” when the general public is able to view all of the current providers in the directory on the plan’s public website through a clearly identifiable link or tab and without creating or accessing an account or entering a policy number. Additionally, issuers must also make this information available in a standard a machine readable format so third parties can create resources that aggregate information on different plans. – page 3

CMS Webpage with press release and links to Notice and Fact Sheet: http://www.cms.gov/Newsroom/MediaReleaseDatabase/Press-releases/2015-Press-releases-items/2015-02-20-4.html