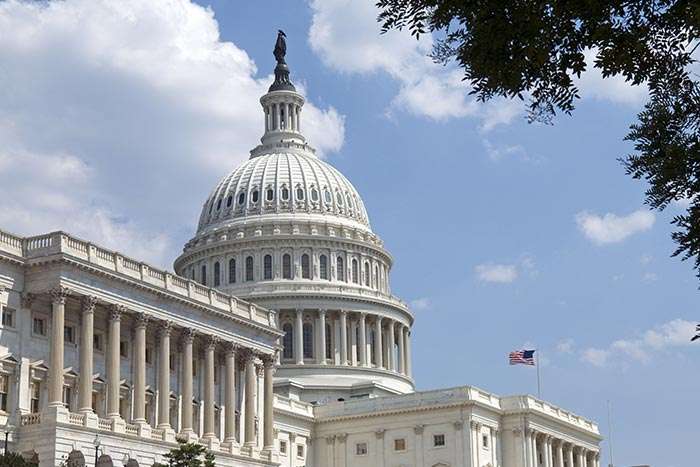 As of Wednesday morning, May 3, House Republicans still do not have enough votes to pass the American Health Care Act (AHCA), the Republican bill to “repeal and replace” Obamacare (the Affordable Care Act or ACA).   They appear to be slightly closer than they were yesterday, although not as close as some at the White House thought they were on Monday.   On Monday, White House advisor Gary Cohn, director of the National Economic Council, said on CBS This Morning “We’re convinced we’ve got the votes.”  White House Chief of Staff Reince Preibus agreed, saying “I think it will happen this week” when asked if there would be a vote on the proposed GOP healthcare bill.  This Friday, May 5th, the House is scheduled to begin a week-long recess.

It’s an ever-changing landscape, and it’s possible tomorrow the Republicans will secure the necessary 216 votes to pass the bill.  Since all House Democrats have publicly stated their opposition to the AHCA, at least 216 Republican votes are needed to pass it. If 22 vote against it, the bill is dead, so Republican leadership continues to work hard to secure the needed votes before this Friday. According to various sources, as many as 21 House Republicans still oppose the bill and possibly 11 are undecided, although that may be changing today, with the Upton amendment to the bill (see below).

The Recent History of the GOP Bill

For the past week, Republican leaders have been cautiously optimistic that they could get enough votes from both moderate Republicans and conservative Freedom Caucus Republicans to pass an amended version of the AHCA they have been working on even while Congress was out for the Easter recess.

They don’t want a repeat of March 23rd, when House Speaker Paul Ryan and President Trump were forced to pull the AHCA shortly before the scheduled afternoon vote, once it became clear they did not have enough Republican votes to pass the bill.  Although their concessions at that time to appease the conservative Freedom Caucus did result in a few more votes from conservative Republicans, those same concessions also lost the support of some moderate Republicans, who declared they would vote against the bill.

The Main Issue: Coverage for People with Pre-existing Conditions

The major issue at this point is whether people with pre-existing conditions will have the same access to (and cost for) health insurance coverage in the individual market, as is available for individuals with no pre-existing conditions. One of the most popular provisions in the ACA is that it guarantees the same coverage and cost for both groups of people, but this is also part of the reason premium costs have increased in the individual market.

The AHCA and Republican amendments to it have tried various approaches intended to lower premiums in the individual insurance market by limiting insurers’ upside risk of covering individuals with pre-existing conditions.  One approach is to allow insurers to decline coverage for such individuals and to cover them instead under separate government-funded high-risk pools.  Another approach is to require insurers to cover everyone and not allow higher premiums based on health status, but to provide federal funds to reimburse insurers for claims above a specified threshold or for individuals insurers identify as “high risk” at time of enrollment.

AHCA and Amendments: How to Cover People with Pre-existing Conditions

The original version of the AHCA allowed states to get waivers from the ACA’s prohibition on pre-existing conditions limits, and to allow insurers to charge higher premiums (a surcharge equal to 30% of premiums) to people with pre-existing conditions who let their coverage lapse for more than 63 days. To obtain such a waiver, a state was required to establish a high-risk pool or other mechanism to help those individuals afford coverage.  This version of the AHCA appropriated $100 billion over nine years to fund states’ stability programs, which states could use to fund state high risk pools. Beginning in 2020, states would be required to provide matching funds to obtain the federal funds.

A “manager’s amendment” appropriated an additional $15 billion, but it was targeted at coverage for maternity care and mental  health/substance use disorder.  An amendment in mid-April would create a federal “invisible risk sharing” program and appropriate an additional $15 billion to fund that.  It appears these additional amounts would not have been available to state high risk pools, but only for the specified programs.  See below for details on these amendments.

The main criticism of these Republican proposals is that the amount of money appropriated would be far too little to fund what the actual cost would be, which is why some of the amendments have increased the amount appropriated.  Another criticism is that high-risk pools did not work in some or many states in the past, for reasons such as:  far more high-risk people than projected needed coverage because insurers declined to cover them, insufficient funding of high-risk pools, and coverage under a separate high-risk pool was worse than private health insurance coverage because premiums, deductibles and out-of-pocket maximums were higher and many providers refused to accept the lower payments under the high-risk  pools.

The underlying fundamental disagreement, however, is whether all Americans have a “right” to affordable  health care or health insurance, or whether this is a service or product that has a cost associated with it, and people can buy it if they can afford it.  The other underlying issue is whether people who  have pre-existing conditions should be required to pay more for their health insurance, or whether society as a whole should subsidize the increased cost of health insurance for high-risk individuals.  A third issue is how to limit the effect of “adverse selection” – which occurs when people who are healthy don’t purchase insurance but later want to buy it, usually because they have or believe they have a health condition.

Additional Detail — for Readers who Want it

Some of the more controversial provisions in the AHCA and its amendments are:

The original version of the AHCA allows states to get waivers from the ACA’s prohibition on pre-existing conditions limits, and to allow insurers to charge higher premiums (a surcharge equal to 30% of premiums) to people with pre-existing conditions who let their coverage lapse for more than 63 days. To obtain such a waiver, a state must establish a high-risk pool or other mechanism to help those individuals afford coverage.

One such example of an “other mechanism” would be what is called an “invisible risk sharing program” – and an amendment to the AHCA was submitted in April by Reps. Palmer and Schweikert, to create such a program within the Patient and State Stability Fund (PSSF) and to appropriate $15 billion over eight years (2018-2025). Under invisible risk sharing, high-risk individuals enroll in the same individual health policies as others (at the same rates) but insurers can elect to receive federal reimbursement (reinsurance) for such individuals’ claims in excess of specified thresholds.  The theory is that insurers would reduce premiums overall in the individual market because their upside risk would be limited. Critics charged that $15 billion over eight years was far too little to fund what the actual cost would be.  One reason is because proponents of high-risk pools or other mechanisms estimate that only 8% of the population would qualify as “high-risk,” while studies by the Kaiser Family Foundation and others estimate that 30%-40% of the population was declined in prior years (before the ACA) when insurers could deny coverage in the individual market for people with pre-existing conditions.

Moderate Republican Tom MacArthur (R.N.J.) proposed an amendment in mid-April, a purported compromise between moderate republicans and Freedom Caucus Republicans.  A one-page summary of amendments  dated April 13th says it would “create an option for states to obtain Limited Waivers from certain federal standards, in the interest of lowering premium costs and expanding the number of insured persons.”

States could seek Limited Waivers for:

States must “attest” (but are not required to provide any evidence or documentation) that the purpose of their requested waiver is to “reduce premium costs, increase the number of persons with healthcare coverage, or advance another benefit to the public interest in the state, including the guarantee of coverage for persons with pre-existing medical conditions.” The Secretary of HHS  (now Dr. Tom Price) shall approve applications within 90 days of determining that an application is complete.

The Upton amendment, made public May 3rd, would provide an additional $8 billion over five years to individuals who live in states that receive waivers from the ACA prohibitions on preexisting conditions limits. This money would be used to reduce premiums and other costs for such individuals.

Rep. Frank Upton is a moderate Republican who was opposed to the AHCA because of its provisions on coverage for people with pre-existing conditions.  His amendment addresses those concerns and just might be the change that swings enough votes from No to Yes on the AHCA.