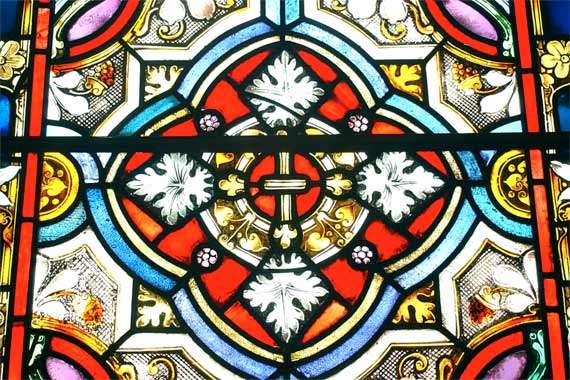 HHS, DOL and Treasury (“the Departments”) issued final regulations on June 28, 2013, on the extent to which women’s contraceptive services will be covered under group health plans of religious organizations that object to providing such coverage. Under the Affordable Care Act (ACA), health plans and issuers generally are required to cover women’s contraceptive services the same as other preventive services (i.e., without cost-sharing such as deductibles, co-payments or coinsurance). This has been probably the most controversial provision in the ACA, since many religious organizations objected to providing such coverage. The final regulations, which are much the same as the proposed regulations that were issued February 1, 2013, attempt to balance the interests of religious organizations and those of women enrollees.

Links to the final regulations and other documents are at the end of this article.

The ACA requirement that health plans and policies cover women’s contraceptive services as preventive services has been the most controversial provision under the ACA, so the guidance process and the guidance itself has been much more complicated than usual, even for ACA guidance. Thus, this “Background” section is longer than usual. If you don’t want the background, just skip to the next section, which discusses the substantive requirements in the final rule.

The ACA amended the Public Health Service Act (PHSA), ERISA (§ 715(a)(1)) and the Tax Code (§ 9815(a)(1)) to require that non-grandfathered group health plans and health insurance issuers provide coverage for recommended preventive services without cost-sharing. The Departments issued interim final regulations (IFRs) on July 19, 2010, which specified that the required preventive services would include those recommended by the US Preventive Services Task Force (USPSTF), the Advisory Committee on Immunizations Practices of the Centers for Disease Control (CDC), and the Health Resources and Services Administration (HRSA). Preventive services which were at that time already recommended included immunizations for routine use; preventive care and screenings for infants, children and adolescents; and items or services with an A or B rating recommended by the USPSTF. HRSA was charged with developing comprehensive guidelines for preventive care and screenings for women.

The final rule exempts “religious employers” from the requirement to provide contraceptive coverage to women enrolled in the employer group health plan. This means that the “accommodation” requirements described in detail in this article do not apply to group health plans of “religious employers,” but only for plans of “eligible organizations” (defined below) that qualify for the “accommodation.”

The final rule also simplifies the definition of “religious employer” (those entitled to the exemption) to include only houses of worship, their associations, or religious orders, as defined in Tax Code § 6033(a)(3)(A)(i) or (iii). It eliminates additional requirements that were included in prior guidance, so a “religious employer” need not:

The final rule grants an “accommodation” to (but does not exempt) other religiously affiliated nonprofit employers, such as religious hospitals, schools, universities and other institutions. Under the accommodation, such non-exempt “eligible organizations” (as they are called) will not be required to contract, arrange, pay or refer for contraceptive coverage if they object to it on religious grounds, but women enrolled in group health plans of such eligible organizations will be provided contraceptive coverage at no cost, and such coverage will be provided and paid for separately from the group health plan.

An “eligible organization” is defined as one that self-certifies (as required in the final regulations) that:

An eligible organization is only required to self-certify once, it is not an annual requirement. The self-certification must be done before the beginning of the first plan year for which it will apply. The eligible organization must notify its insurer (or third party administrator (TPA) if it is self-insured) of its objection to covering contraceptive services, by providing a copy of its self-certification before the beginning of the plan year. If several employers provide coverage under one single group health plan (called a “multiple employer” health plan), each employer that wants to claim the accommodation must separately meet the requirements and must self-certify that it qualifies as an eligible organization. The insurer or TPA will then notify plan participants (separately from regular plan materials) that it will arrange and pay for the required contraceptive services.

An eligible organization is not required to file the self-certification form with the government, but it must have the form available for examination if a government agency requests to see it.

Insurers or TPAs must notify plan participants that contraceptive coverage is available, generally with no cost-sharing by the individual (except as allowed for other preventive services). This notice must be provided at the same time (to the extent possible) that employees or participants receive enrollment materials from the group health plan, but the contraceptives notice must be provided separately — by the insurer or TPA, not by the religious employer. Model language for this notice is provided in the final regulations and is reproduced at the end of this article.

Once an eligible organization with an insured health plan provides its self-certification to its health insurance issuer, the insurer is required to provide contraceptive coverage at no cost for plan participants. This contraceptive coverage will not be part of the group health plan, nor will it be provided under separate individual policies (as the proposed regulations had proposed).

The process is similar to that for insured plans but is somewhat more complicated for self-insured group health plans because usually the organization itself pays health plan claims, which would include claims for contraceptive services. The eligible organization must self-certify to the TPA that the organization will not act as ERISA plan administrator for purposes of paying claims for contraceptive services, and the TPA must agree that it will act as the ERISA plan administrator for this purpose. The TPA must either pay for, or arrange with an insurer to provide, contraceptive coverage at no cost for plan participants. (Some TPAs are also insurance carriers, and others are not.) Other parts of the process generally are the same as for insured plans, such as notification to plan participants and beneficiaries that contraceptive coverage is available.

The costs of both the health insurance issuer and the TPA will be offset by adjustments in user fees charged to health insurers that sell qualified health plans (QHPs) in the Federally-Facilitated Marketplace (FFM). If the TPA is or contracts with an insurer that provides a qualified health plan (QHP) on a Federally-Facilitated Marketplace (FFM), that insurer’s own user fee will be reduced by the amount it pays for contraceptive services. If the TPA is or contracts with an insurer that does not provide a QHP in an FFM, a related insurer that is part of the same group can obtain a reduced user fee. If neither the TPA nor the insurer it contracts with provides a QHP on an FFM, it appears that in order to receive reimbursement for amounts paid for contraceptive services, the TPA must contract with another insurer that does sell a QHP in the FFM and that can claim a user fee adjustment.

Insurers that intend to claim a user fee adjustment in the FFM must notify HHS of their intent by the beginning of 2014 or within 60 days after receipt of a self-certification from an eligible organization. They must report to HHS annually—by July 15 of the following year—the amount they spent on contraceptive services in the prior year, and their user fee adjustment will begin three months later (on October 15). The user fee adjustment amount will include an allowance (of at least 10%) for administrative costs and margin, in addition to the actual amount paid for contraceptive services. If the adjustment is greater than the user fee itself, the insurer will receive a credit toward future user fees.

Student health insurance plans of non-profit religious colleges and universities that object to contraceptive coverage on religious grounds will be treated the same as insured employer-sponsored group health plans of such religious organizations. This means that the insurer of the student health plan will, separately from its agreement with the religious college or university, provide student enrollees and their dependents with contraceptive coverage without cost-sharing, subject to the same procedures outlined above.

The eight women’s preventive services that must be covered without cost-sharing are listed below. The only controversy has been regarding item #6, FDA-approved contraception methods.

Model Language for the Notice to Plan Participants

The Final Regulations provide that the following model language, or substantially similar language, may be used to satisfy the notice requirement:

Notice of Availability of Separate Payments for Contraceptive Services

Links to the Final Regulations and Related Documents