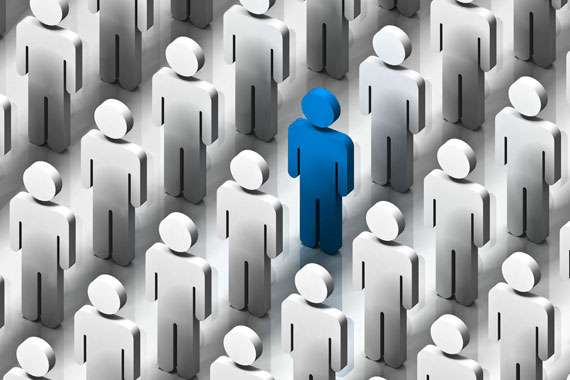 The information below is from Health Insurance Marketplace: January Enrollment Report, issued by the Department of Health and Human Services (HHS) on January 13, 2014. (ASPE Issue Brief by the office of the Assistant Secretary for Planning and Education.)  Data on Exchange enrollment is for the period October 1st – December 28th, 2013.

A printable version is in PDF format and attached at the end of this article. 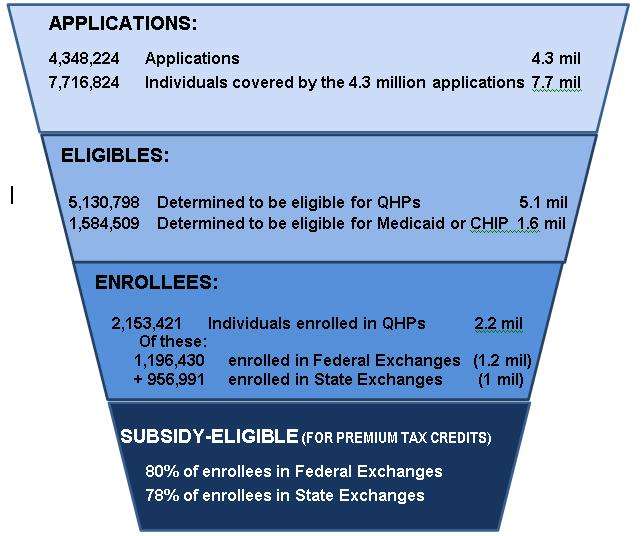 State Variations in Young People as a Percentage of Total Enrolled

The five states with the highest enrollment numbers, on both federal and state Exchanges, accounted for 1.0 million of the total 2.2 million enrollees.  These top five states were:

The HHS report did not include information about people who enrolled in individual plans outside the Exchanges.  Those numbers could impact insurers’ risk pools and affect 2015 premium rates in the Exchanges.

A major concern has been getting young people to enroll, since their claims generally are lower than claims of older people.  As some commentators have pointed out, age is only a proxy for health status.  The real concern is getting enough healthy people to enroll, so the risk pool is not heavily comprised of unhealthy, costly people.  According to a November study by the Kaiser Family Foundation, even under a worst-case scenario where only 25% of enrollees are young people ages 18-34, insurers would have to increase premiums by only 2.4% in 2015 in order to cover projected expenses.

In addition to the 2.2 million enrollees in health insurance policies on the state and federal Exchanges, over 7 million US residents were determined eligible for Medicaid and the Children’s Health Insurance Program during the period October 1 – December 31, 2013.   According to an article in California Healthline (January 23, citing a CMS report issued January 22), more than 6.3 million US residents were determined eligible through state-run agencies and Exchanges, and an additional 750,000 were deemed eligible through the federal Exchange website.  The report did not break down how many renewed coverage, were previously eligible but had not enrolled, or were newly eligible due to Medicaid expansion.

Data released by Covered California (the California Exchange) also noted that of a total of 500,108 enrolled through December 31, 2014 (three days beyond the December 28 ending date of the HHS report), 424,936 (85%) were eligible for a subsidy and 75,172 (15%) were not. This is a higher subsidy-eligible percentage than the average percentages in the HHS report (which were 78% and 80%). The California report also noted that total enrollments in Covered California health insurance plans continued to increase after the end of the year, with a total of approximately 625,000 from October 1, 2013 through January 15, 2014 (18 days longer than the period reported in the HHS report).

584,000          Medi-Cal applicants, including individuals who are pending, eligible and
conditionally eligible coming in through Covered California.