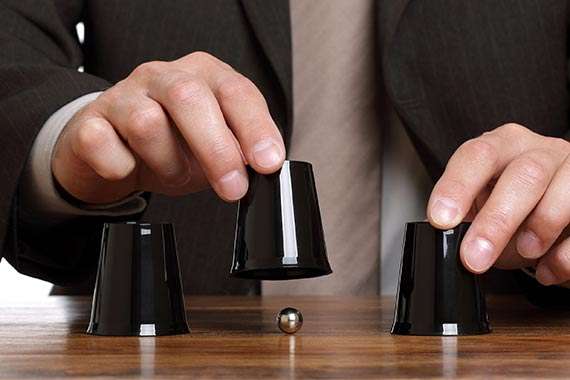 I don’t know why people get frustrated with health care reform.  Just think of it like a magic trick.  The one where there are three half shells and a rock under one of them, and the magician keeps switching them around and asking you “Okay, now where is the rock?”  And you never get it right, but it’s fun anyway.  So just think of health care reform like that magic trick, and it won’t be so frustrating.  Case in point:  the California 60-day cap on waiting periods.

My Journey Through the California 60-Day Waiting Period Fog

Then it was pointed out that the “up to 60 days” language referenced not only the small group sections of California law, but also sections applicable to all size plans.  I re-read the language, and, indeed it did.   I even wrote an article explaining it, since I thought I finally understood it.  (Published Sept. 18, 2013, https://news.leavitt.com/health-care-reform/california-60-day-waiting-period-applies-to-both-large-and-small-insured-plans/ )  We (and others) advised clients to offer coverage no later than the first of the month after 30 days of service for California insurance plans and HMOs, and the first of the month after 60 days of service for other plans (to comply with the Affordable Care Act’s (ACA’s) 90-day limit on waiting periods).  For both California and federal law, the cap on waiting periods would apply as of the first day of the 2014 plan or policy year

Also in February, California state Senator Monning (author of AB 1083) introduced SB 1034,  for the stated purpose (according to the Bill Analysis) of “resolv[ing] a confusion that exists between state and federal laws by removing current waiting periods for health plans and insurers.”  SB 1034 will allow employers to impose waiting periods (consistent with ACA or other applicable requirements), but will prohibit health insurers and HMOs from imposing waiting periods.  Since the stated legislative intent is to allow waiting periods consistent with the ACA requirements, it appears California plan sponsors also could impose bona fide “orientation periods” as long as they are compliant with ACA rules. SB 1034 has been moving through committee hearings in March and April and was set to be heard in the Senate Appropriations Committee on April 28, 2014.

In March several insurers in California began telling group policy holders (employers) that their group policies would no longer include waiting period limits or other specific eligibility criteria.  This increased employers’ confusion, since there was still no official guidance on this issue.

Out of the Fog at Last!

NOW there seems to be a consensus and a clear resolution in the works.

I spoke informally with an attorney at the Department of Managed Health Care (DMHC), who confirmed that:

Additionally, SB 1034 is moving through the appropriate committees without objection, and we think it probably will be enacted soon and sent to Governor Brown for signature.  SB 1034 will remove waiting periods from HMO contracts and insurance policies.  If it is enacted as “emergency legislation,” it will become effective immediately when it is signed by the Governor.