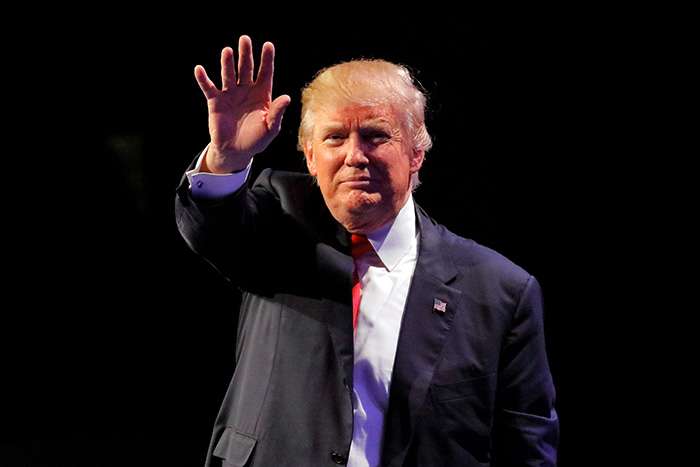 (This is the 1st article in the ObamaCare to TrumpCare series. View the 2nd article.)

Since Donald Trump won the November 8th Presidential election (290 to 232 electoral votes, although Hillary Clinton won a majority of the popular votes), and the Republicans also won a majority in both houses of Congress (52 to 48 in the Senate, and 238 to 193 in the House (total is 435,  4 are still to close to call as of Nov. 16), many employers are wondering what this means for the future of the Affordable care Act (aka “the ACA” or “ObamaCare”).

It is still too early to tell exactly what changes the new Republican President and Congress will make, but no doubt they will be significant and widespread. One of Trump’s campaign promises was to repeal the Affordable Care Act (ACA) line by line, on the first day of his Presidency.  The general consensus is that is not possible, and in fact Trump has since said that he wants to keep specific parts of it, such as the prohibition on pre-existing conditions limits and the continued coverage for dependents to age 26.

So what are the likely ramifications of the election on the ACA?  This article provides a short discussion of possible repeal/replace, partial repeal, and regulatory options, but these are just possibilities until President-elect Trump and/or the Congress disclose more substantive health policy proposals or political strategies.  Even if Trump were to carry though with his campaign promise to repeal the ACA on “day one of a Trump presidency,” that won’t be until January 20th, 2017.

Caveat: Employers should continue to comply with existing law until it is changed.  To those who are tempted not to provide 1095-Cs to full-time employees by January 31, 2017, on the assumption that the employer mandate, individual mandate and marketplace subsidies will be repealed anyway, my advice is: Not so fast, grasshopper.

Total “Repeal and Replace” is Unlikely

A total repeal of the ACA is unlikely for several reasons:

Partial Repeal of the ACA is Highly Likely

If the new President and Congress want to repeal as much as possible of the ACA, as soon as possible, and figure out a replacement plan later, this could be accomplished by using the budget reconciliation process, which requires only a simply majority in the Senate (51 votes) and cannot be filibustered. In fact, Congress did use the budget reconciliation process to pass an ACA repeal bill at the end of 2015, but President Obama vetoed it, as was expected.

Some experts have suggested that the Republicans might use the budget reconciliation process to repeal major portions of the ACA but delay the effective date 12-18 months, and use that as a lever to get bi-partisan support for (or a forced compromise on) a replacement health care bill that would garner at least 60 votes (52 Republicans plus at least eight Democrats). Sixty votes are needed to prevent a filibuster of a proposed replacement bill, and the Republicans have only 52.  It remains to be seen whether a replacement bill could be enacted and whether Republicans would take a chance on repealing without replacing.

One limitation of a budget reconciliation bill is that it can include only revenue and expenditure provisions that affect the federal budget, so it could be used to repeal some of the ACA but not all, such as the Marketplace itself or what are known as the “Insurance Market Reforms.” For example, it could be used to repeal the individual mandate, but not to repeal guaranteed issue or prohibitions on pre-existing conditions.  This could lead to what is often called a “death spiral” in the health insurance market if only sick people enroll, because this would increase premium costs substantially.

If Congress does use budget reconciliation to repeal the ACA before it passes a replacement plan, it must ensure that during the transition period health insurers will continue to offer coverage, and individuals with medical needs will continue to have care.  Otherwise, it could face many of the same criticisms now levied at ObamaCare:  health insurers pulling out of many insurance markets and individuals unable to find doctors willing to treat them.

ACA Provisions that could be Repealed using the Budget Reconciliation Process

Following are some of the more significant ACA provisions that could be repealed (some perhaps by sometime in February 2017) using the budget reconciliation process:

A few notes on the above items:

A number of important ACA provisions could NOT be repealed using the budget reconciliation process, such as the Marketplaces/Exchanges themselves and Insurance Market Reform provisions such as:

Regardless of (or in addition to) legislative action by Congress, the Trump administration could change some requirements under the ACA by regulatory action or inaction.  Trump could appoint Secretaries of  Labor, Treasury and Health and Human Services who would modify existing ACA interpretive regulations or take non-enforcement positions on other regulations. One example could be birth control for women as one of the required “preventive services” that plans must cover on a first-dollar basis, before the deductible is met.  Another could be that the IRS would not impose late filing penalties on “applicable large employers” who did not timely file 1094-Cs and 1095-Cs.  (OK, maybe that’s just wishful thinking on my part.)

Possible Replacements for the ACA

Many health policy experts have speculated on possible ACA replacements based on proposals on Trump’s website, campaign promises he made, and on a Republican health care reform proposal published in June 2016 (by House Speaker Paul Ryan). We won’t really know until President-elect Trump and/or the Congress disclose more substantive health policy proposals or introduce bills, but here are some possible replacement provisions, from the sources listed above:

As noted above, employers should continue to comply with existing law until it is changed or repealed. Keep this in mind when you are tempted not to bother with the 1095-Cs or not to schedule payment of your transitional reinsurance fee for 2016. It would be a shame to needlessly incur penalties when you have worked so hard to comply thus far.

Check back at this website and with your Leavitt and GBS advisors.  We are monitoring health care reform developments very closely and will keep you informed.