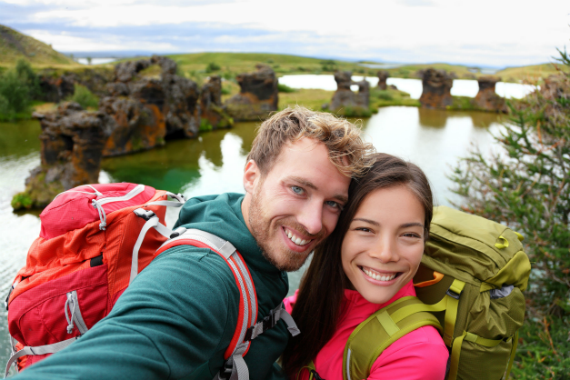 Talk to anyone from Europe about paid leave and you’re likely to find a happy vacationer baffled by the lack of a government mandate for paid vacations in the U.S. According to the Boston Globe, “The United States is the only advanced economy that doesn’t guarantee paid vacation and one of only 13 countries in the world not to do so….” And in today’s economy, paid vacation is becoming even scarcer. During the 1990s, about 20 percent of all workers had no paid time off at all. Today, that’s up to nearly 25 percent.

The fact is, vacation time is critical to the health and well-being of workers. Well-rested workers truly do help create healthier workplaces. A recent study (reported by NPR) concluded that vacations and other leisure time helped foster happier workers and decreased depression levels. Vacations promote lower blood pressure and even assist people in maintaining healthy body weights. Other research has shown that taking regular vacations helps boost creativity and recharge the desire to be productive. In spite of the demonstrable positive benefits (and to the continued bewilderment of Europeans everywhere), statistics show that over 30 percent of Americans don’t use their allotted vacation days each year.

One reason for recent changes in leave policies is that vacations and sick days are expensive for employers. According to the Department of Labor, the average compensation package for an American worker is $28.89 per hour. Wages comprise roughly 70 percent of that amount and benefits 30 percent. The cost of paid leave (including vacation, holidays, and sick leave) averages $1.98 per hour. This means paid leave is nearly 7 percent of a worker’s total “pay.”

Traditional Leave vs. Paid Time Off

Over the past several decades, many U.S. businesses have been transitioning from traditional leave systems, in which vacation and sick days are allocated as separate items, to Paid Time Off (PTO) plans, in which workers are given a certain number of days of paid leave which they can use for any reason. According to a recent study, the percentage of U.S. companies offering traditional leave fell from 71 percent in 2002 to just 54 percent in 2010. Meanwhile, the proportion of companies offering PTO has risen from 28 in 2002 to 40 in 2010. Looking at the trends, it’s likely that PTO will soon eclipse traditional leave as the preferred plan of U.S. employers. But is this a good thing?

Proponents of traditional leave plans say that having separate days earmarked for different purposes means that employees are more likely to take their sick days when they’re sick. Under a PTO mindset, they point out, employees tend to think of all PTO days as “vacation days,” even though they’re intended to be used for sick leave as well. This can lead sick workers to “go in sick” so they can “call in well” another day. And sick employees have a nasty habit of passing their illnesses on to other workers.

In spite of these drawbacks, the evidence suggests that PTO plans have some definite benefits. For employers, having just one type of leave to track makes administering a PTO plan much easier (and less costly) than a traditional plan. For workers, PTO plans offer greater flexibility in making use of paid leave. Some traditional plans don’t allow for “sick days” when the sick person is a dependent child, for example. With a PTO plan, distinctions of this kind simply don’t matter.

In a 2013 study by Harris Interactive, 32 percent of workers indicated that they had feigned sickness during the previous work year. PTO plans encourage greater employee honesty because they reduce the necessity of fibbing about an illness to garner an extra personal day or two. At the same time, PTO plans increase medical privacy because they don’t require workers to justify their illnesses to their supervisor or to a benefits administrator in order to receive credit for “sick days.”

Perhaps one of the biggest advantages to a PTO system is that employees are more likely to use their leave. This can be positive for workers who will benefit in various ways from the time away from the work environment. When implementing PTO, though, employers should set clear expectations regarding prior notice and approval.

There are two other issues that PTO plans can address:

Absenteeism: In addition to just not showing up, absenteeism also includes showing up late, leaving early, and taking extra-long breaks. Some causes of absenteeism are burnout, stress, childcare and elder care, depression, illness, and disengagement. Often a day or two away from the job can help an employee overcome these issues and find renewed energy to get his or her job done.

Presenteeism: According to some experts, presenteeism is the one employment phenomenon worse than absenteeism—mostly because it’s so difficult to identify and correct. Presenteeism is when employees are physically “at work” but too distracted or disengaged to actually get much work done. Coming to work sick (as opposed to taking sick leave or PTO) is a major cause of presenteeism.

Gallup pegs the annual cost of absenteeism to the U.S. businesses at $153 billion per year. Presenteeism is harder to quantify, but Harvard Business Review suggests that the phenomenon costs businesses “billions of dollars a year.”

If your company wants to provide more flexibility to your workers, switching to PTO may be just the ticket. On the other hand, if your current traditional system is working well and you’re not seeing your employees abusing paid leave, it might be better to leave well enough alone.

For more information about the topics of paid leave, healthier workplaces, PTO, absenteeism, and presenteeism, feel free to investigate the sources below.