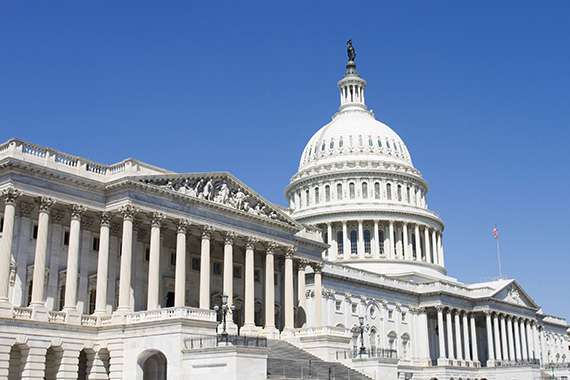 The Affordable Care Act, also known as Obamacare, will likely undergo a few changes in the coming year or two. The shape of the law as it evolves is starting to come into focus with Congress now under Republican control. Though some change can be expected, so far it looks like the bulk of the law will remain intact.

According to an article in the New York Times (February 7, 2015), a group of Republican senators, led by Orrin Hatch, new chair of the Senate Finance Committee, has issued an executive summary of what they are calling the Patient Choice, Affordability, Responsibility, and Empowerment Act, known as the P-Care Act. More interesting than what the senators want to change in Obamacare is what they are NOT changing, which is most of the law. While most of this proposal may not make it past the President’s desk, it is a look into the future in the event some changes are made prior to the next presidential election, and even past 2016 in the event the Republicans gain control of both the Congress and the White House.

The exchanges. The proposal calls for increasing competition on the state-based “pools,” the term they are using in place of exchange. The proposal also encourages states to work together to form regional exchanges. Exchanges are perhaps the single fundamental building block of the ACA and seem to be here to stay.

Premium subsidies for low-income individuals buying coverage on the exchanges/pools.

The ability to self-fund or fully insure employer benefits.

Some Medicaid expansion, although the exact scope is unclear.

Regulations requiring insurers continue to remove dollar limits from health policies, coverage to age 26 for dependents, and most of the prohibitions against pre-existing condition limitations and policy cancellations. These are all popular elements of the ACA that are already fully in force.

Employer play-or-pay penalties. While not mentioned in the nine-page document, they are conspicuous by their absence. While there is a reference to eliminating the “employer mandate,” it seems to be contradicted elsewhere. Expect some changes, in particular the 30 hour work week requirement being moved to a higher number, perhaps 35 or 37 hours. By speaking about a “change” to the work-hour requirement, some P-Care proponents have tipped their hand that in fact some employer penalties will remain.

The individual mandate and penalties/taxes that accompany that mandate. By itself, this could jeopardize the structure of the exchanges, but the proposal also calls for automatic enrollment for some individuals, so that may counterbalance the requirement and penalty. More on this below.

The scope of ACA Medicaid expansion seems to be reduced and Medicaid itself moved to a block grant status. The scale of the reduction is, again, unclear at this point.

Automatic enrollment for uninsured persons eligible for subsidies. This is actually a change that observers of all parties and many economists have supported. The fact is that low income individuals have been slow to act even when the cost of coverage is essentially free; getting these folks auto-enrolled may make a bigger dent in the uninsured population than the current penalty system. This was traditionally true with Medicaid enrollment and has been true for families eligible for subsidies under the ACA. It is after all, the drag of the uninsured population on the hospital system that has been a catalyst of the reform movement for decades. Those costs tend to be written off by the health care system and ultimately shifted over to businesses and other employers in the form of higher costs.

Taxation of employee benefits. This has been on the “ask list” of the IRS since the 1970s and has made its way into the proposal. Initially pegged at benefits costing over $1,000 per employee per month and $2,500 for a family, it has long been seen as a way to pull all of employee health benefits into the reach of the tax collector. It has already received some strong push back from unions and employers alike.

Getting anything passed between now and January 2017 will require the signature of the President, who championed the current health care reform law. I would suspect that certain key elements of this proposal have already been discussed quietly with moderate Democratic senators, and the passage of something like the above may find its way into the changes that inevitably will occur in the ACA. Stay tuned, this evolution will itself evolve!