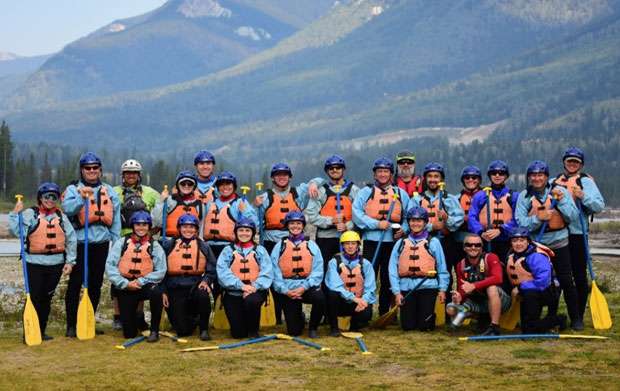 It’s hard to believe that 2018 is coming to an end! It’s time we take a step back and realize why we chose this path, the work it took to get here, and ask what 2019 holds for Legacy and the ownership of a captive insurance company.

At the summer board meeting in Banff, Canada, we discussed the momentum we have, and the top initiatives ending out the year and rolling into 2019. At Leavitt Group we are committed to preparing and focusing on the process of turning risk into profit.

Together we strive and commit to the underlying principles of that process:

Let’s play with some numbers relating to the captive industry and specifically Legacy thru Q3.

Where does Legacy Insurance PIC fit in? We are committing to be, what our actuary calls, the best start to a captive he has seen! Thru Q3 our simple loss ratio as a group stands at 6%, off annual premium! Typically, loss ratios for property casualty insurance range from 40-60%. 9% of our loss funds are currently tied up in paid or reserved claims, still making investment income in reserve!

As we begin to look forward, we want to hit some highlights to date and share in some successes

This will be a domestic corporation for federal tax purposes, and the members of Tribute can now retain risk and premium at a group level while still maintaining a robust benefit to their employees. The why:

We look forward to having Tribute on as a sister company to Legacy and having them engaged at the board meetings beginning this February! Have a great start to 2019!

Shawn Kraft
shawn-kraft@leavitt.com 406-324-7485 Shawn Kraft, has been in the insurance industry since 2007, coming into the business from a successful career coaching and working with the highest level of collegiate and professional athletes. Shawn was with Western States Insurance and in 2012 he was elevated to Branch Manager. However, he jumped at the opportunity to join the Leavitt Group as an owner instead of taking a ownership position with the newly formed Paynewest Group. The Leavitt Group is nationally a leader, and expanding rapidly it's footprint throughout the country as a Top 10 ranked agency. His role within Leavitt Great West is to provide cutting edge solutions that were previously unavailable to Montana businesses' on the ground. "I have had the best scenario possible. I learned from a small regional firm how to work with less, rely on yourself and your intrinsic work ethic, but with limited exposure to anything outside of the old way of handling business. It provided a solid base, however, to bring true value above the line, you have to have national relationships, you have to be exposed to, and help create new ideas, and now I am able to be a part of these ideas from the leaders in the country. We now create new profit centers for companies out of a what has been an expense budget line item." Relying on the old, character and work ethic, yet bringing in the new, new knowledge, new relationships, and new experiences, combined with a proven track record of success that spans thru companies, Shawn is driven to find better solutions that most owners do not know exist. "That is the rewarding part, like coaching the best athletes in the NFL, they still need coaches, a support structure to achieve at the highest level, and we are that structure now for best in class companies. We don't work with anyone, we don't have the market share of other agencies because the people we work with are hand picked or referred, and they realize what we know- they shouldn't settle! That's our niche- only the best."