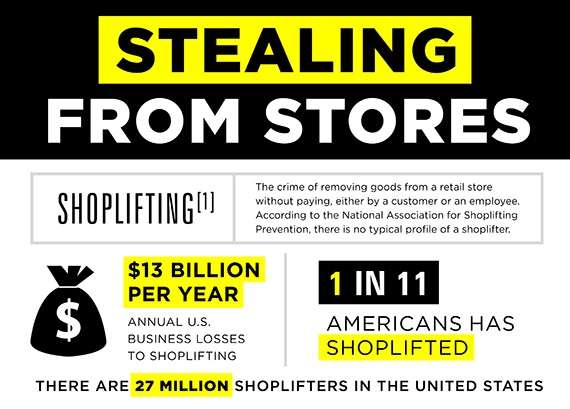 After being open for just a few weeks, The McMillan Bar and Kitchen in Flagstaff, Arizona, managed to generate more interest than it knew what to do with. Though people seemed to like what was on the tavern’s menu, much of the buzz came from what was (and what wasn’t) on the establishment’s walls. 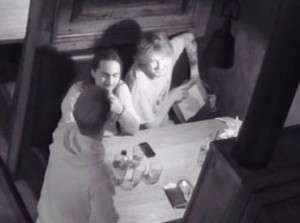 It was all about the art. When The McMillan opened, a local painter named Emma Gardner provided several of her own works for the eatery to display as part of the town’s Friday Art Walk. The next Monday, a painting of a black bird (titled “Raven Saint II”) went missing. When the McMillan management reviewed security videos, they found clear evidence of the theft: two grinning patrons sitting in the booth—one shoving the canvas into his knapsack—while another accomplice shielded the crime from view.

Instead of calling police, the tavern owners posted the image of the art thieves online as well as on the walls of their establishment. On Facebook, in an open letter to the smiling criminals, they said, “We enjoyed having you as our guest up until the moment you decided that the art we had on public display would look better in your private collection. I’m sure you were aware that this artwork is for sale, and could have been yours, all the artist and myself ask is that you fairly compensate the artist for their creative work.” By the time the tavern took down the Facebook post, it had generated around 800 comments and 8,000 shares.

Happily, the strategy was successful. According to the Arizona Daily Sun: “…the two men seen in the surveillance photo with the thief contacted Christensen in an effort to make things right. They gave him $500 to pay Gardner for her work.” 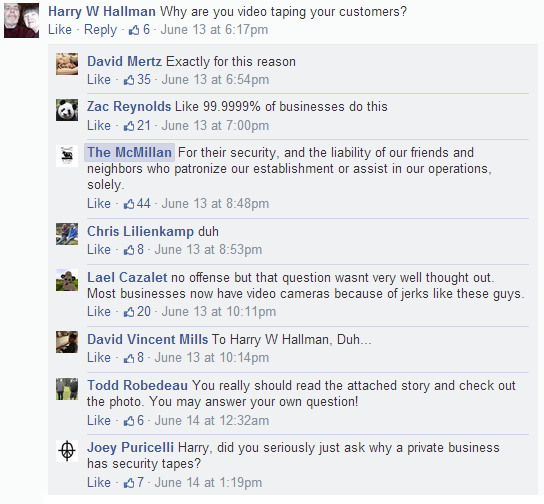 A few of the comments on the McMillan’s wall focus on the fact that the bar had surveillance cameras in the first place. One person posted the question, “Why are you video taping your customers?” The McMillan’s answer was comprehensive: “For their security, and the liability of our friends and neighbors who patronize our establishment or assist in our operations, solely.”

Cameras and other security devices can prevent shoplifting and protect customers, employees, and the bottom line of the business, which makes a common and effective risk mitigation and loss control measure.

See below for some facts and figures on shoplifting, organized retail theft, and loss prevention.