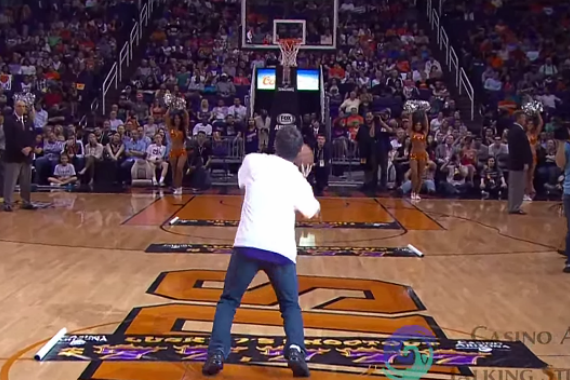 It’s the middle of the second quarter in US Airways Center in Phoenix. The Suns are up more than 10 points over the visiting New York Knicks, so the crowd is already in a jovial mood. During a media timeout, a local fan is led onto the parquet and given a choice: attempt a free throw for $777, a three-pointer for $7,777, or a long toss from mid-court for a whopping $77,777. The fan gestures to the crowd, asking for input. Then he turns to the emcee and says, “I’ll go half-court.”

The team’s mascot, a Suns-jerseyed gorilla, pumps up the crowd as Tim Boven dribbles the ball to the center line. Large signs on the court promote Casino Arizona, the local gambling destination that is sponsoring the challenge. Boven bounces the ball a few more times, takes a few lumbering steps, and hurls the ball in a full-body shot.

The ball soars in a high arc, rattles in the rim, and then flushes through the net. The shooter raises his arms in triumph. The crowd erupts. Jubilant Suns players swarm Tim Boven, offering him hugs and high fives.

It’s a moment of elation, but at least a few astute observers in the arena are probably thinking, “Wow, this is a worst-case scenario for the casino.” Nobody really expects a fan drawn at random from the crowd to (A) pick the most difficult shot, and (B) sink it in just one try from behind the center-court line. That is, nobody but an astute insurance underwriter.

More often than not, this type of challenge is underwritten through a special insurance policy. It’s called prize indemnity insurance, and it’s relatively common for events where sponsors want to offer a substantial prize that would only be paid in unusual circumstances. Casino Arizona hasn’t revealed whether it underwrote the prize itself or purchased a policy. But prize insurance is so common, the odds so well understood, it’s hard to imagine a marketing organization taking that kind of risk. 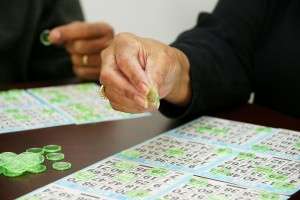 One of the more common promotions in this category is the “million-dollar bingo” event, which offers large cash or merchandise prizes for certain nights or certain games—usually under very specific circumstances. For example, players might win a million-dollar purse if they happen to bingo on the very final game of the night, but only if they do so in the first five balls of the game. The mere possibility of such a high payout is likely to bring a dramatic increase in attendance for the entire session of bingo—which is exactly the point. Since the probability of a player getting a bingo on the first five balls with a standard 24-number card is 0.0000136274, the likelihood of anyone winning the big prize is minimal. The premium for a policy to underwrite this type of promotion would be based on the specified prize, the number of players, and any other contributing factors.

Another common type of prize insurance in this same category is frequently used by auto dealers to attract potential customers to their dealerships. In a “key mailer” promotion, car keys are mailed to a large number of recipients who match specific demographic profiles. Recipients are invited to visit the dealership and test their key. If it fits, they win the car. If not, chances are pretty good that the team of salivating auto sales professionals would be more than happy to offer several alternatives for purchase.

As with a bingo promotion, the pricing of an insurance policy to underwrite a key mailer event is contingent on the number of keys that are sent out and the number of people expected to respond. For both the dealership and the underwriter, it’s a game of risk versus reward.

In the 2013 Super Bowl contest between the San Francisco 49ers and the Baltimore Ravens, the big storyline was the unlikely matchup of Jim and John Harbaugh, two brothers who served as head coach for the respective conference champions. By the end of the first half, the Ravens were up 21 to 6. Immediately following Beyoncé’s halftime performance, the Ravens’ Jacoby Jones stunned San Francisco fans by returning the first second-half kickoff for a record-smashing 108-yard touchdown.

In the previous 46 Super Bowl contests, only eight opening kickoffs had ever been run back for a score. As fans around the world cheered, Dallas-based SCA Promotions began calculating its payouts. According to an article in Insurance Journal, SCA Promotions had underwritten a number of retail promos that offered customers incentives if (and only if) a player scored in exactly the way Jacoby Jones did in the opening seconds of Super Bowl XLVII’s second half.

For example, customers of Furniture Mart in Fort Morgan, Colorado, were offered a rebate for a qualifying purchase in the event that a player ran back an opening kickoff for a touchdown. An appliance and electronics store in Albuquerque, New Mexico, offered a program underwritten by SCA that would refund the price of select big-screen televisions bought during the store’s “big game” promotion. SCA ended up making payouts of $122,000 and more than $100,000 just to these two businesses, respectively. In addition, a radio station, a civic association, and an Illinois-based nightclub received payouts from SCA Promotions totaling $70,000—all from promotions contingent on an opening-kickoff touchdown.

According to a 2012 article in ESPN Magazine, over the past 26 years SCA has underwritten about $10 billion in promotions, while paying out $170 million in prizes.

One of the longer-running rivalries in professional football is between the Denver Broncos and Oakland Raiders, who share the NFL’s AFC West division. According to a post on Insurance Agents Blog, Colorado-based Appliance Factory Outlet has for the past decade offered customer rebates that would kick in only if the Broncos shut out the Raiders during their annual grudge game. Though Denver has yet to blank its division rivals, the appliance retailer does good business on just the possibility. According to the post, the prize indemnity insurance purchased by Appliance Factory Outlet runs between $20,000 and $40,000 each year, fluctuating based on the two teams’ current records and the projected sales for the retailer’s 13 locations. 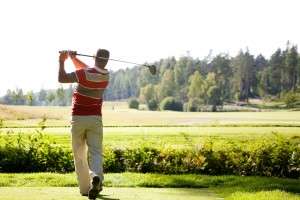 According to Golf Digest, the chance of an amateur golfer shooting a hole-in-one is 12,500 to 1. Every year golfers around the world play an estimated 490 million rounds of golf, producing around 150,000 holes-in-one. For professional golfers, the odds are much better: closer to 2,500 to 1. Tiger Woods hit his earliest ace at age six, and Michelle Wie bagged hers at age 12.

Because of the rarity and prestige involved, hole-in-one promotions are a common feature in golf tournaments. A hefty prize offered to tournament competitors can be a very effective incentive to increase the number of participants. According to holeinoneinsurance.com, which is run by US Hole in One, the cost for a $25,000 hole-in-one policy for a tournament with 100 players is $539. Bumping the prize to $100,000 takes the premium to $1,739.

An article by the Atlanta-based FOX affiliate told the story of Jesse Speltz, who nailed a hole-in-one during the 2012 TMA Turnaround Golf Tournament and walked away with nothing to show for it. Though tournament promoters at first acknowledged that Speltz had accomplished the unlikely feat (even tweeting: “Congratulations to Jesse Speltz for the #HoleInOne at the @TMA Turnaround Golf Tournament 2012”), the $42,000 luxury car was never awarded because the event’s organizers hadn’t abided by the terms of the prize insurance policy.

The insurance company had stipulated that two witnesses were required to validate any claim of a hole-in-one. The tournament’s sponsors only provided one witness at each green. Because of this, the hole-in-one claim was denied and Jesse Speltz never received his car.

Another popular golf-related event is the 50-foot putt contest. One website offers a single-putt option as well as a three-putt combination, with prizes ranging from cars to cash, and premiums based on the number of participants, the value of the prize, and the difficulty of the challenge. 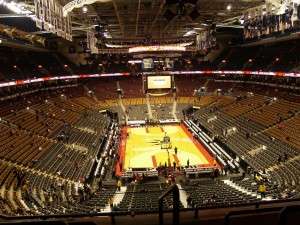 This all leads back to Tim Boven’s amazing half-court shot. It’s exactly the sort of unlikely outcome that causes event promoters to break out in a cold sweat. Let’s face it: making a basket from behind the mid-line is no easy feat. Statistics for shots from beyond half-court are remarkably low even for the professionals. NBA league averages range from 0.6% in 2005 to a whopping 3.9% in 2014. But that’s for all shots made from behind the mid-court line—including quarter-ending prayers to beat the buzzer. For the area around center court, the current NBA average is around 6.5%.

But some fans get lucky. There are no definitive stats, but during the 2011 season one blogger mentioned that fans participating in halftime competitions in Oklahoma City hit 3 of 46 half-court shots. That’s roughly on par with the pros. ESPN tweeted in November 2013 that OKC Thunder fans had sunk 5 out of 22 half-court shots since the previous March—a success rate of nearly 23%.

Some other popular basketball challenges often underwritten by prize insurance include:

Because of the sums of money involved, companies like SCA Promotions carefully screen their contestants. If a potential participant has ever played professional basketball, or if he or she has played on the high school or college level within five years, the person is deemed ineligible. SCA’s Adam Walker says the odds of a randomly selected contestant making a half-court shot are 50 to 1, a likelihood of 2%. A profile in ESPN Magazine notes that the company charges between 3 and 15 percent of the possible payout for a given promotion. The actual cost of any given policy depends on the methods of selecting contestants, the prize being offered, and of course the chance of success.

Football, basketball, and golf are just a few of the many sports where prize indemnity insurance has fostered increased levels of excitement and fan involvement. Promotions tied to both athletic achievements and audience participation (and luck!) are also common in baseball, soccer, hockey, tennis, bowling, and even NASCAR. In addition, challenges of all possible varieties are now commonplace in bars and other businesses, at county and state fairs, and on television and radio broadcasts.

There is just no beating the engagement value of huge prizes, even if the probability of winning them is low. But without prize indemnity insurance, most of these challenges just wouldn’t happen. Most businesses, teams, and organizations just don’t have the capital to risk of having to foot the bill for the kind of prizes that really pump up a crowd. Luckily, there are insurance companies willing and able to shoulder the risk required for these events to happen.