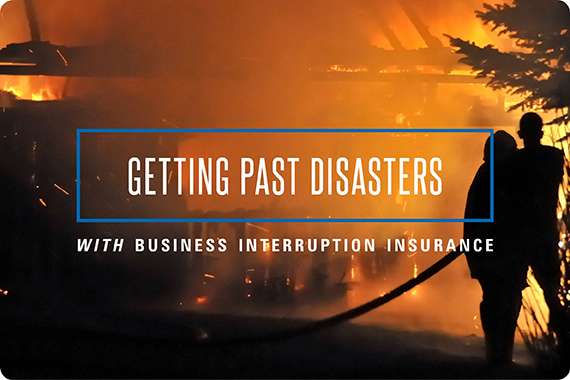 I’ll never forget the night I watched my client’s medical clinic burn down.

I was dead asleep when the phone rang at 2:00 in the morning. My caller ID told me it was Robert, who owned a large medical practice. “You might want to come and see this,” he said as soon as I answered. I could hear sirens and shouting in the background. “My clinic is on fire.”

I arrived as quickly as I could, even though there really wasn’t much I could do aside from gawk. Multiple fire crews were battling the blaze, and television news crews had responded in force. As the cameras kept rolling, Robert and a group of clinic employees were huddled on a sidewalk across the street, comforting each other and muttering quietly. Everybody was thinking the same thing: “What happens tomorrow?”

The next day, as fire investigators raked through the smoldering remains of the ruined building, Robert and I sat down in my office to review his plan for recovery. The building was insured, of course, and so were the equipment, furniture, and supplies. The clinic had remote backups of its critical information systems, so most of the business and patient data would be recoverable. Most importantly, Robert had taken my suggestion of adding business interruption insurance (BII) to his company’s property/casualty policy.

Business interruption insurance is a special type of catastrophic coverage for company owners, a stopgap measure to keep businesses afloat in the aftermath of a physical disaster. It covers lost profits, operating costs (including payroll), and additional expenses that would otherwise put a company out of business.

There are a limited number of circumstances that trigger business interruption coverage:

Note that in all cases, the physical damage must be due to a “covered peril” named in your policy. So if you don’t purchase flood insurance and your company’s premises are flooded (a situation that was all too familiar to business owners after Hurricane Katrina and Superstorm Sandy), your BII coverage will likely not cover your operational losses.

To get the most of this type of insurance, good records are absolutely necessary. That’s because the coverage uses historical figures to determine how much to pay out both for business income and liabilities. Having automatic, offsite backups of critical data is important for all businesses—but especially for those that carry BII coverage. Chairs, couches, and cubicles can be replaced, but once data is lost, it’s usually gone for good.

After the clinic fire, it was six months before Robert could re-open his practice in a temporary location, and an entire year before his medical practice was once again settled into a permanent location. In the interim, he kept paying his employees so he didn’t lose them to other medical offices. From a personal perspective, it was extremely rewarding to be able to play a part in the process of helping him rebuild.

It’s not hyperbole to state that business interruption insurance saved my client’s medical practice. Sure, the building and all of its contents were insured, but it takes time to rebuild a sophisticated medical practice after a disaster of that scale. Having BII in place gave the clinic a cushion of money and time to tide them over until they could start treating patients again. Though it was sad to watch the building burn, it was thrilling to be present a year later for the ribbon cutting of their new offices.