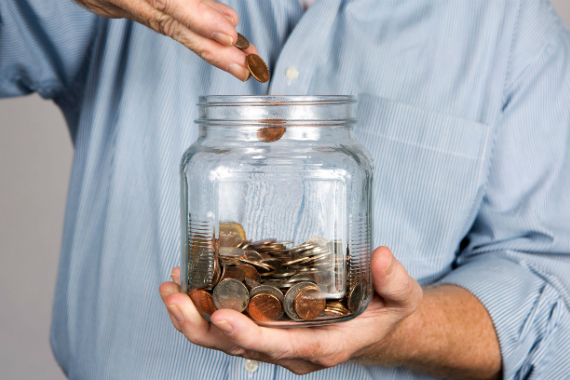 Millions of Americans follow the financial advice of radio host Dave Ramsey. Famous for his down-homey statements like “Act your wage,” Ramsey has built a media empire on common-sense guidance that resonates with thrifty Americans. His show is broadcast on more than 550 radio stations across the country. With a weekly audience of over eight million listeners, The Dave Ramsey Show is easily in the top ten nationwide. Though he certainly has his detractors, Ramsey has helped countless thousands of people reduce their personal debt and develop more responsible financial habits.

On his blog, the talk show host recently highlighted his “Most Popular Money-Saving Tip.” When you think about it, it’s kind of amazing that this sought-after speaker, founder of several companies, and author of over a dozen books would have a single piece of advice that stands out above all the rest. But according to the post, this one piece of advice is popular with his listeners for a very good reason: “Every time we mention it, people thank us because they save hundreds—sometimes thousands—of dollars.”

So what’s the secret tip that’s such a big deal to Dave Ramsey listeners?

“Shop for insurance with the help of an independent insurance agent.”

Seriously—that’s it. And this is the same advice Leavitt Group has been giving for decades.

We’ve all heard the ad campaigns for insurance companies reminding you that you could save money by switching to their brand of insurance, and the truth is … that could be true. But it’s also true that you might be able to save even more with a different company. Or maybe you could get better coverage for the same price. You might even discover a gap in your coverage that simply must be filled. Each insurance company has its own particular way of determining how to price its insurance services, and if you just consider a single company to get a quote, it’s likely that you’re not getting the best value from your insurance dollar.

We’ve been saying it all along, but it’s great to have our advice echoed back by one of the most influential voices on the radio. When consumers work with an independent agent, they tend to get a much better insurance value.