Flanigan-Leavitt Insurance Agency, Inc. became a part of the Leavitt Group on July 1, 2003. Mike and Valerie Flanigan are the managing co-owners of the agency. The agency is located in north eastern California and has purchased the assets of Murray & Edwards Insurance Agency, where the Flanigans have been employed since 1995.

Mike received his bachelors of arts degree in 1985 from Eastern Washington University. Following graduation, Mike became a licensed insurance agent. From 1986 ~ 1991, he worked on both the company and agency sides of administering program business, gaining experience in loss control, underwriting, marketing, and sales. Before becoming a sales agent at Murray & Edwards Insurance Agency, Mike was a regional director of wholesale program business based in Stockton, CA.

Mike has successfully completed eight of the 10 examinations leading to the Chartered Property and Casualty Underwriter (CPCU) designation. He is the immediate past president (three-years) of the Quincy Chamber of Commerce. He still serves on the Chamber`s board of directors.

Valerie has been a licensed agent since 1984. Before becoming the lead commercial lines customer service agent at Murray & Edwards, she was manager of the wholesale commercial division of a large broker in Stockton, CA. In Phoenix, AZ, she worked as manager of nationwide association and specialty program business. She has been a trade industry speaker and has had articles published in trade journals.

The Leavitt Group welcomes Flanigan-Leavitt Insurance as an affilitated agency.

Leavitt Group
Leavitt Group—national resources, local trust. Leavitt Group is the 12th largest independently held insurance brokerage in the United States. We pride ourselves on our experience and ability to help our clients succeed. Contact an agency near you 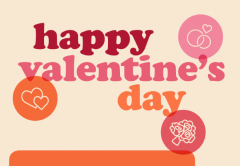 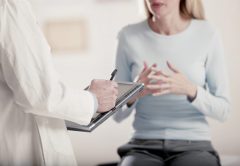 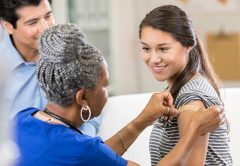