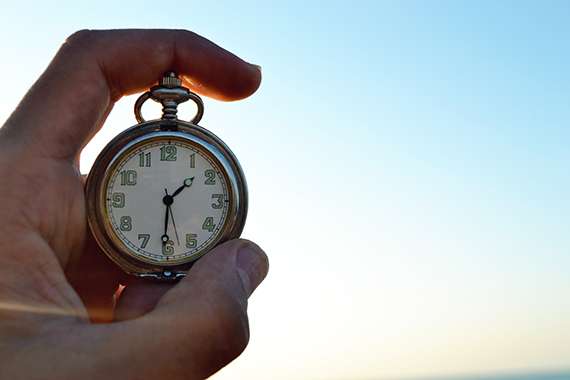 One way or another, letting your auto insurance lapse will cost you. Exactly what it costs you is completely dependent on your situation … and often, your luck.

Acceptable Reasons for Not Having Car Insurance

Some people have no legitimate use for car insurance. It’s probably safe to say you don’t need auto insurance if …

You get the point. If you don’t have a motor vehicle, or if you can’t or don’t drive, there’s no reason for you to maintain a policy.

If you’re a licensed driver and don’t own a car—but you borrow or rent cars from time to time—you should still carry a non-owner auto policy. Talk to your independent insurance agent for more information about this type of coverage.

Even if you have a very good excuse for not having auto insurance, if you ever need a policy again you should expect to pay more after your hiatus. Even an explainable lapse could cause insurance companies to charge you more for coverage … at least until you can establish a coverage/payment history again.

Unacceptable Reasons for Not Having Car Insurance

There are some less acceptable (but sometimes understandable) reasons why you might let your auto insurance lapse:

The good news is, if you let your auto insurance lapse (or had it cancelled) very recently, most companies have a grace period. Contact your insurance agent as soon as possible, because you can may be able to get reinstated without impacting your record of coverage.

If your current insurance company refuses to reinstate your policy, you can probably get coverage from a different company. You may end up having to go with an insurer that focuses on people with a difficult driving record or a checkered payment/coverage history. It will cost you more, but you’re still likely to get covered.

If even the so-called “non-standard” insurance companies won’t issue you a policy, get rid of your car and stop driving. Period.

Every single day, thousands of people across the nation drive around without insurance. This is against the law in every state but New Hampshire*, and a serious risk to everyone else on the road. It’s also the reason all drivers should carry uninsured and under-insured motorist coverage as part of their auto policies.

Uninsured driving is also a serious risk to the uninsured drivers themselves. Here are a few of the exciting things that can happen if you’re caught driving without the required insurance:

Tickets and Fines: Fines vary by state, but they range from a few hundred dollars to several thousand. (The penalty in West Virginia can be as high as $5,000.)

License Suspended: Many states will suspend your driver’s license if you’re caught driving without insurance. The length of the suspension depends on the state, and also on whether you’re a first-time or repeat offender.

Registration Suspended: In some states, your vehicle’s registration could be suspended, and your license plates confiscated. Reinstatement of the registration often carries a healthy fee (at least a couple hundred dollars), and requires proof of guaranteed insurance coverage for a year.

Vehicle Impounded: Some states (like California and Minnesota) impound the vehicles of people caught driving without insurance. Naturally, they charge a fee to get your vehicle back.

Community Service: In some states (like Colorado and Hawaii), uninsured drivers can be sentenced to serve anywhere from 20 to 100 hours of community service.

Jail Time: Yes—you can actually go to jail for driving without insurance. Statutory maximums vary from as few as ten days (in Montana) to three months (in Alabama and Kentucky) to up to a year (in Georgia). Sentencing generally depends on whether or not it’s your first offense.

Repossession: If you financed your vehicle with a bank or finance company—or if your vehicle is leased—you probably signed a contract saying that you would maintain a certain level of insurance on the vehicle. If your creditors find that you’ve let your coverage lapse, they may decide to repossess the car.

Those penalties are for simply driving a vehicle without insurance. If you’re involved in an accident, you’ll be responsible for paying for all damages out of your own pocket. This includes property damage as well as medical treatment for anyone hurt. A court judgment could result in wage garnishment and the liquidation of any assets you might have.

Even if another driver is determined to be responsible for an accident, if you’re driving without insurance you can lose the right to sue the at-fault driver for damages and medical costs.

If you’re driving without insurance and haven’t been caught, consider yourself lucky. Talk to an independent agent today and get covered as soon as you can. Again, expect to pay more than you did before due to the gap in coverage.

If you haven’t been so lucky, you’ll have to find a company willing to take you. You may have an SR-22 requirement that you need to fill. Most licensed agents will know how to walk you through the process.

Driving is a big responsibility and for most people auto insurance is a necessity, not a luxury. If you feel you’re paying too much for your car insurance, you’re better off working with an independent agent to shop different companies at different levels of coverage. In the long run, letting your auto insurance lapse is much more expensive.

*Note that, in New Hampshire, if an uninsured motorist is involved in an accident, the law requires the state to suspend the driver’s license and vehicle registration until the driver and/or owner of the vehicle proves the means and willingness to cover the costs resulting from the accident—usually $25,000 for property damage and $50,000 for personal injury. This law doesn’t apply to drivers who carry insurance. So while auto coverage might not be required in New Hampshire, it certainly is recommended.

Leavitt Group
Leavitt Group—national strength, local trust. Leavitt Group is the 12th largest independently held insurance brokerage in the United States. We pride ourselves on our experience and ability to help our clients succeed. Contact an agency near you