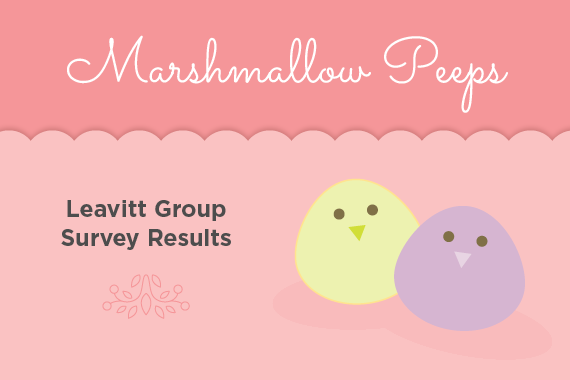 This Easter, Leavitt Group polled its employees about their attitudes and activities centered around what may be the most polarizing candy in America: Marshmallow Peeps. Love ‘em or hate ‘em, these fluffy, sugar-covered confections are one of the best-selling Easter basket stuffers, with over 2 billion sold every year.

You can take the survey yourself by clicking here.

So on to the results: 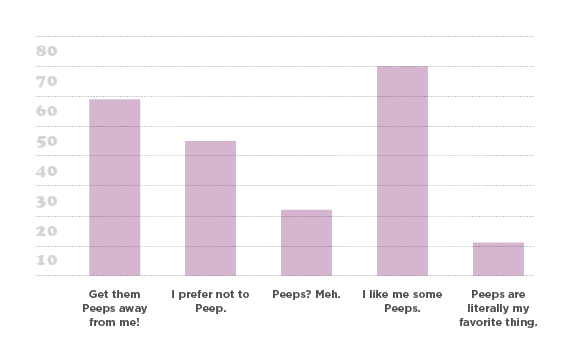 Analysis: Out of 207 respondents 34% picked the positive-but-not-quite ecstatic response, “I like me some Peeps.” Almost a third—29%—express revulsion (“Get them Peeps away from me!”) With just 11% weighing in as a neutral “Meh,” it looks like those who favor Peeps (39%) are outnumbered by those who don’t (50%).

2. On average, how many Marshmallow Peeps do you eat every Easter? 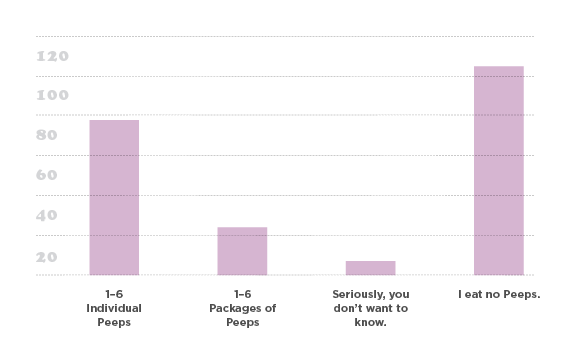 Analysis: A full 49% of respondents indicated they don’t eat Peeps, which just means more Peeps for the rest of us. For the 51% who do consume the marshmallow treats, 72% eat 1-6 Peeps and 22% eat multiple packages of Peeps. Of the 214 Leavitt Group employees who answered this question, seven are certified Peepaholics. We won’t judge—at least they’re honest.

3. What is your favorite shape of Marshmallow Peeps? 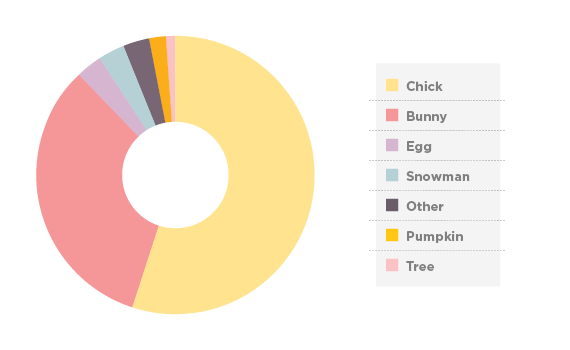 Analysis: For those who had a preference (185 out of 235 respondents), the Peep chick was the overwhelming favorite, capturing 55% of the vote. The bunny shape was the second most popular, at 33%.

4. What is your favorite color of Marshmallow Peeps? 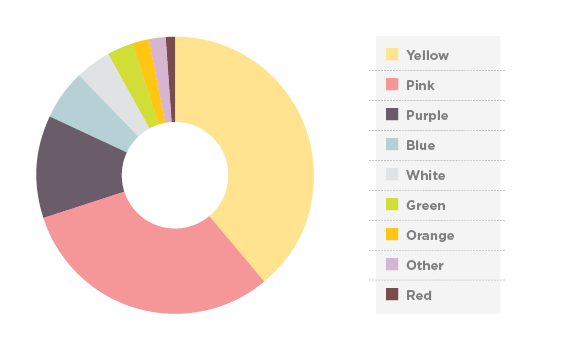 Analysis: Though Marshmallow Peeps are consumed during several holidays, they’re most popular at Easter time. So it should come as no surprise that the pastel colors of yellow (39%), pink (31%) and purple (12%) are the most popular among discriminating Peep consumers. Market research suggestions for the people who make the candy: we did have a few respondents who suggested that “black” or “transparent” Peeps might be the next big thing.

5. What is your preferred way to eat Marshmallow Peeps? 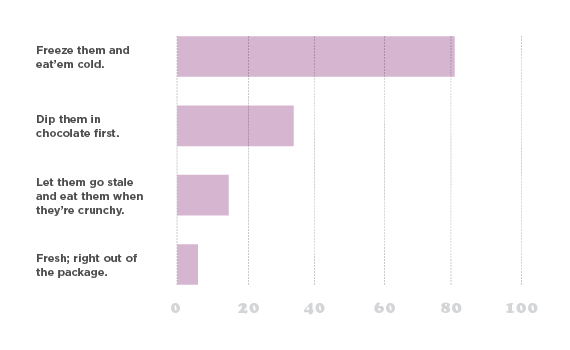 Analysis: For the 136 consumers who had a preference, most of them (60%) said they ate them as intended—right out of the package. The next popular option (25%) was to let them dry out before eating. Chocolate-dipped Peeps were popular with 11% of respondents, and the freeze-and-eat option was a favorite of just 4% of those who answered.

6. Have you ever used Marshmallow Peeps in a recipe? 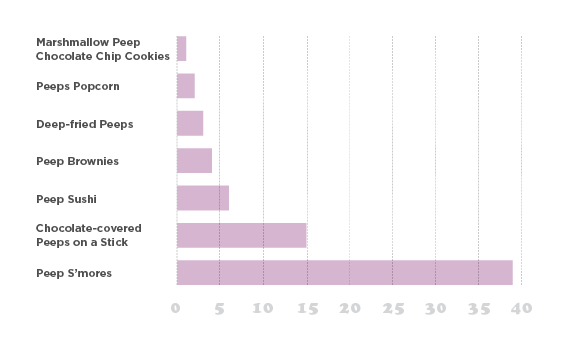 Analysis: Apparently using Peeps in cooking and baking is a thing. Not a big thing, since those who admitted to doing so were outnumbered by those who didn’t by almost two to one. For those who used Peeps in recipes, the Peep S’mores were the most popular option.

7. Have you ever mistreated a Marshmallow Peep? 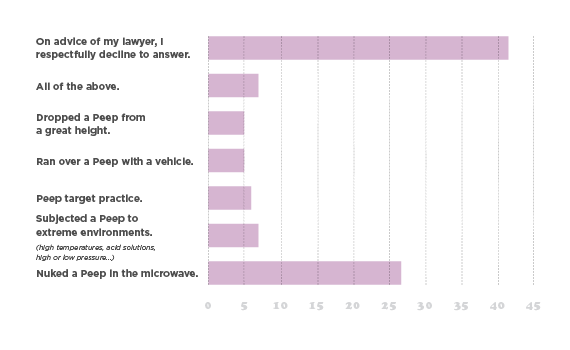 Analysis: And now we get to the dark side of Marshmallow Peep consumption: Peep mistreatment. Now, it’s entirely possible that this is entirely due to scientific curiosity (check out http://www.peepresearch.org/ if you’re interested in seeing what others have done to determine the elemental properties of the confections), but the results suggest otherwise. A full 27% admit to experimenting with Peeps and microwaves, while 7% have conducted experiments with temperature, pressure, and acids. Perhaps most disturbing is the number of respondents who stood on the Fifth Amendment regarding Peep mistreatment: “On the advice of my lawyer, I respectfully decline to answer.” Unfortunately, we didn’t tie the answers back to individuals, so authorities could not be alerted.

We hope you’ve enjoyed seeing the results of this critical Marshmallow Peep research. If you haven’t already done so, remember you can weigh in on the questions by taking the survey yourself.