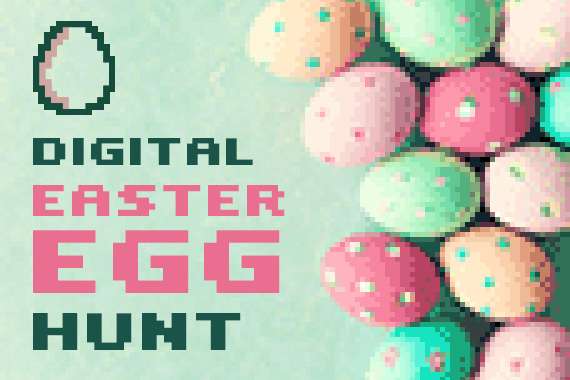 Easter egg hunts are traditional fun for kids of all ages. Another type of “Easter egg” is a hidden feature in a software program, video game, movie, or DVD menu. Google’s search engine is famous for adding fun little tricks and features to make searching more fun. This Easter, we thought we’d point out a few of our favorite Google Easter eggs for your enjoyment. Some are random, while some are actually useful.

Incidentally, the very first documented software “Easter Egg” was embedded in the game “Video Whizball” from 1978. Naturally, someone has actually posted a video of it on YouTube.

Some of these tricks only work if you turn off Instant results. First, go to www.google.com. At the bottom, right corner you’ll see a “Settings” link. Choose Search Settings, and look for the “Google Instant predictions” setting. Click on “Never show Instant results” and click the blue Save button at the bottom. You can change it back at any time, so feel free to reset it when you’re done with your Easter egg hunt.

Are you ready to go on a Google Easter egg hunt? Let’s go!

Do a Barrel Roll

Type “Do a barrel roll” into the search box and press Return or Enter. You’ll be glad you did.

Something to Ask You

Do a search for “askew” and see what happens. You’ll notice the search engine still works. It’s just … askew.

The Gravity of the Situation

Type “Google gravity” into the search bar and click “I’m feeling lucky.” (Make sure you’ve turned off “Google Instant predictions.” See above.) The search window will collapse, though the searching function still works. Try it!

Even more bizarrely, you can see the search window collapse backwards by going here.

Google gives us an easy way to determine a given actor’s “Bacon number” by simply typing those words plus the actor’s name. Because of the cross-pollination between Hollywood, Bollywood, and European and Asian cinema, it’s often possible to find some interesting connections.

Time for a Zerg Rush

In gaming terminology, a “Zerg rush” is an overwhelming attack by a large number of opponents. The expression comes from “Starcraft,” a real-time strategy game that pits humans against two alien races: the Protoss and the Zerg.

To see a great example, do a Google search for “Zerg rush.” As the swarm appears, you can click on the individual attackers to try to stop them. See how long it takes for the attack to wipe out your entire screen.

Festivus for the Rest of Us

Lots of folks don’t realize that the made-up holiday of Festivus actually pre-dates TV’s “Seinfeld” by several decades. Festivus was invented by Dan O’Keefe, a longtime editor at “Reader’s Digest,” because (according to his son, Daniel), “He wanted a holiday mostly that wasn’t political or religious in nature, but based on family.” Daniel O’Keefe eventually became a member of “Seinfeld’s” writing team, and he resurrected his dad’s invented holiday in an episode called “The Strike.”

Festivus is celebrated on December 23. Regardless of the day of the year, if you do a Google search for “Festivus,” you’ll see a genuine Festivus miracle: an unadorned aluminum pole (very high strength-to-weight ratio) along the left margin.

The Loneliest Number and the Meaning of Life

Most people know that Google will do math for you. For example, if you Google “6 x 7” (or “6 * 7”), you get the right answer, which is “42.” Google’s calculator also apparently understands the meaning of culturally significant numbers. For example, if you search for “the loneliest number,” Google informs you via its calculator that “the loneliest number = 1.” (It also gives you a video link to the song by Three Dog Night.) Similarly, if you search for “The answer to life the universe and everything,” Google’s calculator gives the correct answer, which is “42.” (“42” is, according to the supercomputer from Douglas Adams’ “The Hitchhiker’s Guide to the Galaxy,” the answer to the question of life, the universe and everything.)

You can also ask Google such important calculations as:

The graphing scientific calculator built into the search engine is surprisingly robust. For example, you can type “sin(x-1)” or “cos(x-pi/2)” right into the search box and immediately see a graph of those functions.

How Long Did That Take?

If you search for “timer,” Google pops up a handy timer that you can use for everything from poaching eggs to taking power naps. The search engine also provides a “stopwatch” that’s ready when you Google it.

Excuse Me While I Kiss This Guy

If you’re tired of singing the wrong words, you can get the lyrics to your favorite song right in your search results. Just type the name of the song and “lyrics.” (Example “Purple Haze lyrics.”) Just a hint: what Jimmy Hendrix really said was “‘Scuse me while I kiss the sky.”

What Does That Mean?

Unfamiliar words and phrases are a thing of the past with Google’s “define” feature. For example, if you type “define ingurgitate” into the search bar, you’ll find that the word means to “swallow (something) greedily.”

Click the gray arrow and you’ll get the word’s etymology as well as a historical usage graph.

Times Around the World

Since Google knows where you live and work, it also knows what time zone you’re in. If you’re scheduling an international conference call and don’t know how the time conversion works, just type “Time in ______” into the search engine to get a live clock from whatever city or country interests you. For countries with multiple time zones, Google will provide them all. (Try “time in Australia” or “time in Russia” to see some examples.)

An “anagram” is a type of word play that involves rearranging the letters from a word or phrase to make another word or phrase. For example, you can rearrange the letters in “soccer player” to “score, leap, cry!” “Jack Nicholson” becomes “Conjoined Nachos.”
If you do a Google search for “anagram,” you’ll get actual results, but the search engine will also ask: “Did you mean: nag a ram?” (“Nag a ram” is, of course, an anagram for “anagram.”)