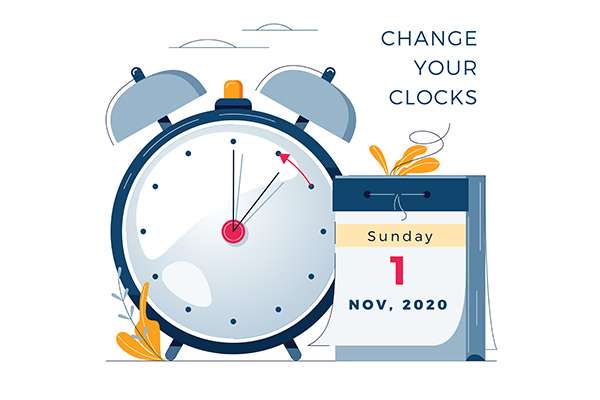 Time to fall back! Daylight saving time ends Sunday, November 1, 2020. Don’t forget to turn your clocks back. And if you’re wondering why we have this traditional clock adjustment twice a year, here are a few bits of trivia about the history of daylight saving time.

So turn those clocks back before you go to bed on Saturday night and enjoy an extra hour of sleep over the weekend.