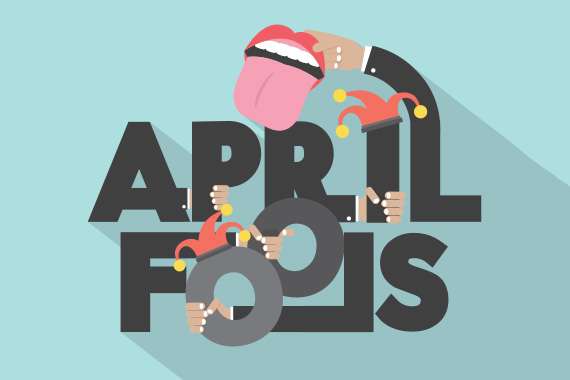 Many people love to play tricks on their friends and family members on April Fools’ Day. Lately, we’ve seen a lot of companies who have taken advantage of April 1st to have a little fun. In the spirit of April Fools’ Day, we look back at a few of our favorite corporate pranks.

Quilted Northern is mostly known for its reputation for manufacturing soft tissue and toilet paper. However, in this witty sketch, the company takes a coarse turn for what could be a not-so-pleasant experience in the restroom facility.

Youtube is the world’s leading video-sharing platform that is consistently used by all audiences. For April Fool’s Day, Youtube decided to introduce its audience to a unique interface that allows the viewer to watch videos alongside with Snoop Dogg.

Google is famous for innovations in search technology as well as for having a little fun. (See our article about some of the quirky hidden features in Google’s search engine.) Since there has been so much hype about virtual reality, the company puts its own virtual spin on how one can view reality in real-time.

Groupon is known for offering discounts on everything from restaurants to health clubs to vacation packages. In this video announcement, the company offered a special promotion on a six-week course to learn to speak Canine.

Miz Mooz brands itself as the nexus between style and comfort, offering fashion-forward shoes that actually feel good to wear. Just in time for April Fools’ Day, the company announced a line of “selfie shoes” that allow customers to take self-photos with the tap of a toe.

Alamo tries to give customers an automotive thrill by providing premium, sporty vehicles for people to rent while on vacation. The company took that concept several steps further when it announced its Monster Truck Rental Program.

Microsoft isn’t generally known for being quirky and funny, but the company generated some chuckles when it announced the release of MS-DOS as an operating system for mobile devices. “Black and white text has never looked so good.”

Pizza Hut acknowledges the fact that its flagship product is often paired with another product: beer. You have to wonder what they were drinking when they came up with the idea for Pepperoni Pilsner, a pizza-flavored lager that blends the flavors of hops and barley with tomatoes, Italian herbs, and of course pepperoni.

Now that we have shared ours, what are your favorite corporate April Fools’ Day pranks?