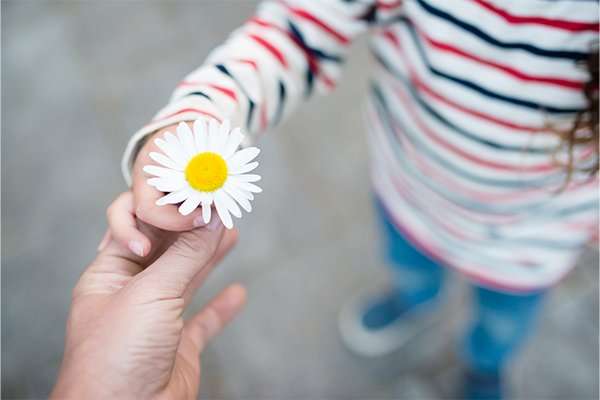 Many cafes in Naples, Italy, have an old-fashioned Neapolitan coffee pot sitting in the corner waiting for customers to drop receipts inside. These coffee pots serve an important purpose as a way for others to participate in the old tradition of caffè sospeso (pronounced “kafˈfɛ ssoˈspeːso; -eːzo”). Roughly translated as “suspended coffee,” this tradition is a unique way to “pay-it-forward.”

Some say this tradition began in the 1800’s when a customer would share their good fortune, such as getting married, having a baby, or getting a new job, by buying two coffees – one for themselves and one for someone who might need it in the future. The second drink is considered “suspended” until someone who can’t afford coffee inquires if a sospeso is available for free. This small act of kindness is especially charming as the giver and receiver will likely never meet.

Caffè sospeso has been regarded as a small, but symbolic, gesture that reminds individuals they are not alone.

This gesture received a revival in 2010 when a group of small Italian festivals led to the creation of the Suspended Coffee Network to encourage solidarity in response to cultural budget cuts. The purpose was to weather the budget cuts by organizing and promoting their own activities together. It also started solidarity community initiatives for those in need, and encouraging a donated coffee was one of them.

The tradition has spread throughout Italy and around the world. In some places in Italy, the generosity now extends to a suspended pizza, sandwich, or book. The concept of “suspended baskets” also gained popularity because of caffè sospeso. Poorer residents would leave baskets hanging from their homes in the hope of food being left by kind strangers.

This trend has extended to the United States, especially at coffee shops as individuals pay for the customer behind them. A pay-it-forward chain 378 cars deep was reported in St. Petersburg, Florida, in 2014. Sometimes a simple gesture can have a strong and lasting effect. It was reported that a barista gave a suspended coffee to a man who appeared to be having a rough day. He later donated $500 to the café because the barista’s kindness had such an impact on him.

Consider participating in the pay-it-forward movement with one of the following acts of kindness:

These simple gestures can boost feelings of confidence, happiness, and optimism. They can also promote a more positive community as others are encouraged to repeat good deeds. Don’t be afraid to spread kindness today!