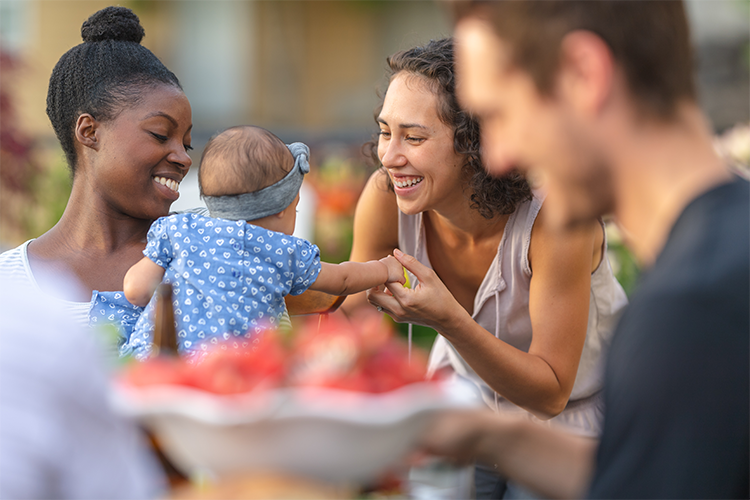 The country of Iceland is physically very isolated and sparsely populated, with less than three inhabitants per square kilometer. Its citizens experience extremely harsh weather but despite these conditions, Iceland consistently ranks as one of the happiest countries in the world.

How do they do it? A strong sense of community, acceptance, and an appreciation for culture.

Icelanders cultivate strong, close-knit, supportive communities. Their closeness stems back to the hardship of living in such a remote and extreme climate. Their social lives center around family and extend to friends and neighbors. It’s not uncommon for Icelanders to know everyone within their towns and communities. This cohesiveness contributes to incredibly cheerful and optimistic citizens.

In a recent report by the United Nations, 99% of Icelanders said they had someone they could count on. This lends to a strong sense of community that fosters feelings of safety and trust. In fact, babies are frequently left outside in their strollers to enjoy the fresh air while they take an afternoon nap. Children also often walk to school in the dark, and many families leave their doors unlocked.

During the global financial crisis in 2008, Iceland’s largest banks failed, and the nation’s economy was on the verge of collapse. Despite these circumstances, it was reported that “not only did the nation’s overall happiness dip only slightly during the crisis, but 25% of Icelanders reported greater happiness.” The close-knit communities buoyed up those who lost their jobs and pitched in to help neighbors.

A culture of acceptance and equality also contributes to the happiness of Icelandic people. The country is the first in the world to introduce legislature that makes it illegal to pay men more than women for doing the same work. In addition, nine months of maternity leave is awarded to both the new mom and dad. The time is meant to be shared as a couple and results in men being just as likely to take time off for having a baby, which reduces inequality in hiring practices. Icelanders also celebrate both Men’s and Women’s Day and are frequently referred to as one of the most LGBTQ+ friendly countries in the world.

Icelanders are proud of their ancient heritage and have great appreciation for their culture. They maintain traditional arts like weaving, silver crafting, and wood carving but also participate in grand galleries, symphonies, and other productions. They form bonds by coming together to celebrate ancient traditions and their shared Icelandic legacy.

Happiness starts and flourishes at a community level. Here are a few ideas to help foster a sense of trust within your own community: