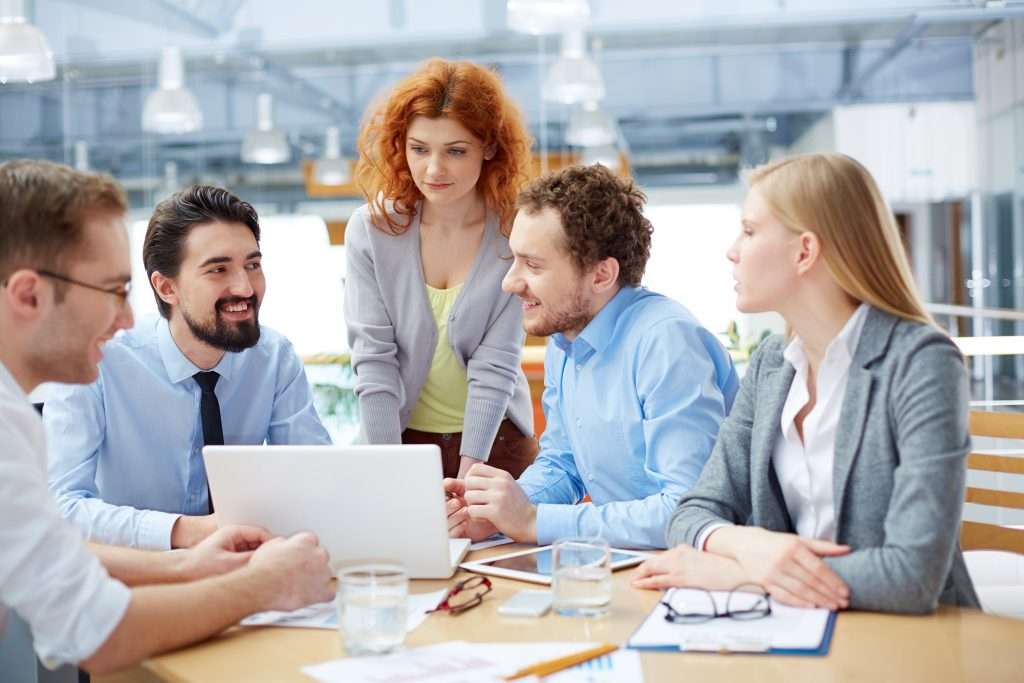 Small employers (fewer than 50 employees) who are in growth mode should familiarize themselves with the “Employer Shared Responsibility” (ESR) provisions in the Affordable Care Act (ACA) before they grow to be “applicable large employers” (ALEs) and are required to comply with them.

This article explains the (fairly complicated) ESR provisions and details the two obligations of ALE’s:

WHEN WILL A SMALL EMPLOYER BECOME AN “APPLICABLE LARGE EMPLOYER”?

The ACA ESR provisions apply to each “applicable large employer” (ALE), defined as an employer who employed on average at least 50 full-time employees (FT EEs) or “full-time equivalents” (FTEs) on business days in the prior calendar year.  ALE status is determined on a controlled group basis;  if the aggregated group is an ALE, then each employer member will be considered an ALE, even if each separate entity employed fewer than 50 FT EEs or FTEs in the prior year.

A small employer who grows and employs at least 50 FT EEs or FTEs does not immediately become an ALE subject to the ESR rules.  However, it does become an ALE as of the January 1 following the calendar year in which it meets the 50-employee threshold. Thus, growing employers should keep track of this and determine before the end of the year whether or not they will be subject to these rules in the next calendar year and, if so, which employees should be offered coverage as of January 1.  Small employers who grow into ALEs will not be subject to a penalty during the first three months (January – March) of the first year they are an ALE, if they are in compliance as of April 1st.  This three-month period is called a “limited non-assessment period” (LNP).

Small employers who have off-calendar plan years should consider in advance whether they want to comply with the ESR rules as of the open enrollment period before the January 1st that they will be considered an ALE and the rules apply, or whether they want to have a special open enrollment period once they are an ALE, with coverage effective no later than April 1st of their first year as an ALE, when their LNP ends.

Additionally, small employers who grow into ALEs should plan to start tracking—as of January 1st—which full-time employees were offered coverage, which employees enrolled, and what the lowest-cost option was.  This is because by the end of the following January they will have to do employer information reporting for the prior calendar year (i.e., furnish 1095-Cs to full-time employees and file 1094-Cs with the IRS).  See below for details on information reporting obligations.

A word of warning:  Employer shared responsibility and information reporting are two separate requirements, with two separate sets of penalties for non-compliance.  Small employers are not subject to the employer mandate (employer shared responsibility) nor to penalties if they do not offer health coverage to any employees or do not offer coverage that meets affordability and minimum value requirements, but small employers may choose to offer coverage to some or all employees.

WHAT ARE AN ALE’S OBLIGATIONS UNDER THE ESR RULES?

The ACA Employer Shared Responsibility (ESR) provisions are at Internal Revenue Code §4980H and are also known as the “Employer Mandate” or the “Play-or-Pay” rules.  Under these rules, ALEs face potential penalties if at least one full-time employee qualifies for a subsidy and buys health insurance in the Health Insurance Marketplace.

Note:  Don’t misunderstand recent news reports about the ACA!  The Employer Shared Responsibility and Employer Mandate provisions and penalties continue to apply in 2019; only the Individual Mandate tax is reduced to zero as of January 1, 2019.   Also, the December 14, 2018 district court decision in Texas v Azar (holding the individual mandate and the entire ACA unconstitutional) is not currently effective and will not change anything until and unless it is upheld by the U.S. Supreme Court, which many people doubt will happen.

Once a small employer becomes an ALE, its two obligations under the ESR provisions are:

There are two separate coverage obligations and two alternative penalties that might apply.  Note that an ALE will not be subject to both penalties.  In fact, it will not be subject to either of the two potential penalties unless at least one full-time employee qualifies for a subsidy and buys health insurance in the Marketplace. The two potential penalties are referred to as the “A” and “B” penalties because they apply under Code § 4980H(a) or Code § 4980H(b).

Since neither penalty is tax deductible (because penalties generally aren’t),  the impact is much higher than just the face amount, especially since amounts the employer would have paid for employee health benefits (if the employer had “played” rather than “paid”) are tax-deductible.

The ACA requires insurance companies, the Marketplace, large employers and self-insured small employers to annually file information returns with the IRS using forms 1094 and 1095, and also to annually furnish the 1095 forms to individuals. This is called ‘information reporting” because the forms provide specific information including but not limited to: who was offered coverage, who purchased coverage, the level of coverage, the cost of coverage, and who received a subsidy.

The IRS computers automatically match the information reporting required of the employer, the Marketplace and the insurance companies. This is not an “audit lottery,” where an employer might want to take a chance to see if it is audited.  The IRS computers can quickly reconcile the information reported by employers, the Marketplace and insurance companies.  If that match shows that a full-time employee of an ALE qualified for a subsidy and bought health insurance in the Marketplace, it will trigger an employer penalty of $290/month for that employee in 2018 ($3,480 for 12 months).  This is the “B” penalty noted above.  If the ALE did not offer at least “minimum essential coverage” to at least 95% of its full-time employees, the “sledgehammer” or “A” penalty will apply, which in 2018 is $193.33/month times the total number of full-time employees minus 30 employees.

An employer may not realize until at least six months after the end of the year at issue that it was out of compliance during the prior year, for two reasons: 1) information reporting is not done until after the end of the year at issue, and 2) it takes several months before the IRS computers reconcile the information reports and the IRS sends proposed penalty assessments to employers (these are called “226J letters”).  In fact, the first year the employer mandate applied was 2015, and the IRS did not send notices of proposed penalties for 2015 until November 2017.  The lag time will not be that long for 2016 and later;  by third quarter of 2018 the IRS was already sending out 226J letters for 2016, and it’s likely they will be sending letters for 2017 by early 2019.

In addition to the proposed penalty letters the IRS is currently sending, it is also sending separate letters to employers who have not filed any 1094-C and 1095-C forms but who are identified as potential ALEs. The IRS is currently sending these letters for the 2015 and 2016 calendar years.  The IRS gleans enough information from the 1094 and 1095 forms filed by insurance companies and the Marketplace to identify employers it believes are large employers who should have filed.

The information above included a general description of the following terms, but here are some additional (important) details.

“Full-time” is defined for ESR purposes as working on average at least 30 hours per week or 130 hours per month over the prior calendar year.  This applies slightly differently for two different purposes: 1) determining if an employer is an ALE, and 2) determining whether and when a particular employee of an ALE is considered to be “full-time.”

The coverage an ALE must offer to avoid the “A” penalty is defined under ACA as “minimum essential coverage” (MEC), and just about any health coverage is sufficient.  The law does not specify what benefits or levels of coverage must be provided by MEC, except that “excepted” benefits will not be considered MEC.  Examples of excepted benefits are limited scope dental and vision benefits, most health FSAs, and fixed indemnity insurance policies.

If an ALE wants to ensure it will not be subject to the “B” penalty described above, it must offer at least 95% of its full-time employees coverage that meets “Affordability” and “Minimum Value” (MV) requirements.

If you are growing, be sure to calculate your size during the year, using the ACA method described above, so you will know in advance if you will be considered an ALE for the next calendar year.

If you will be an ALE for the following year: