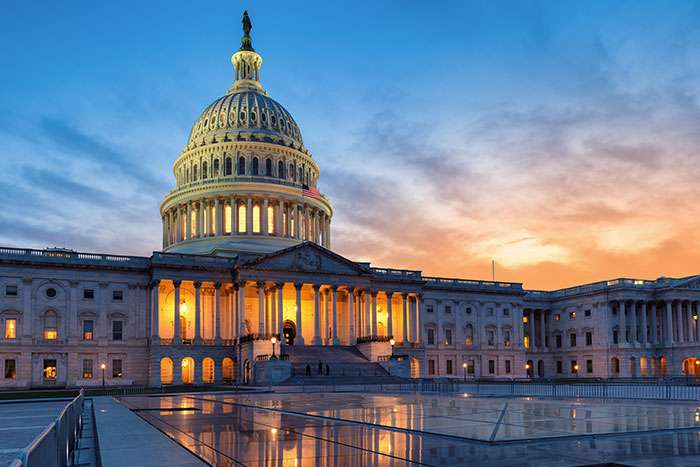 Even Justice Brett Kavanaugh and John Roberts, conservatives on the bench, appeared skeptical of striking down the entirety of the Affordable Care Act (ACA), stating the intent of Congress in drafting the law was not to have it all fall if the Individual Mandate was eliminated. Here, the Individual Mandate saw a penalty zeroed out, not even repealed. As such, ACA stands.

The Supreme Court of the United States (SCOTUS) heard oral arguments on November 10, 2020, as to the question of whether the Affordable Care Act’s Individual Mandate provision is constitutional. This case, California vs. Texas (supremecourt.gov), is the latest challenge against the Affordable Care Act (ACA) and the second time the Justices addressed the constitutionality of the Individual Mandate portion of that law. The Individual Mandate required all Americans (with some exceptions) to buy qualifying health coverage. Since 2019, the penalty for failure to do so was zeroed out, but the law was not repealed. Since, a group of Republican-led states have challenged the constitutionality of the remaining parts of the ACA. Interestingly, it was Justice Roberts, who in 2012 was the splitting vote on the invalidating of the entire ACA in National Federal of Independent Business vs. Sebelius, in finding the penalty under the Individual Mandate was a tax that Congress could impose rather than the authority under the Constitution’s Commerce Clause, which Congress did not have authority under. If past position is any indication, Justice Roberts’ position on the constitutionality meant ACA would likely remain the law of the land, even without the Individual Mandate provision in play. In an outcome that does not even address constitutionality, the SCOTUS found today that the challengers to the law, including Republican-led states, do not have the right to sue in this case. A decision 7-2 that did not get to the question of constitutionality means the ACA remains the law of the land.

What happens if the Individual Mandate was deemed Unconstitutional

More American have obtained health insurance through the State and Federal Health Exchange Marketplaces in the past year than before and growing. A finding of unconstitutional by the SCOTUS would result in millions of Americans losing health coverage, including resulting from the expanded Medicaid eligibility and Premium Tax Credits available in the Exchanges. The pre-existing condition exclusions and guaranteed issue of insurance will also go away. It seems any such risky finding by the SCOTUS, during a global pandemic where health coverage is important and efforts are being made to ensure it’s availability, would be a contradiction and unpopular.

The state of the Individual Mandate, whether deemed unconstitutional and severable from the rest of the ACA, or left as is in its watered-down, zero-penalty form, employers are largely unaffected. Employers with more than 50 full-time/full-time equivalent employees will still have to comply with the Employer Mandate portion of the ACA. Under the Employer Mandate, these Applicable Large Employers are required to offer Minimum Essential Coverage to at least 95% of their full-time employees and their dependents or be subject to penalties. Compliance with the Employer Mandate oversight is given to the IRS and annual reporting is also required.

Small employers who may not be subject to the Employer Mandate provisions, will benefit from guaranteed issue and rating rules. Pre-existing condition exclusions will continue to benefit both the large and small group markets.

With a finding of no standing to challenge, there remains no new change to employers already subject to their own provisions of the ACA.

With a 7-2 vote today, the SCOTUS, the Court found the individuals and Republican-led states do not have the legal right to challenge the Individual Mandate law. A decision as to severability is moot in this outcome.

Now, adversaries of the ACA say the ACA cannot stand without the Individual Mandate, and that the entirety of the ACA should be thrown out. All the while, Biden plans to double-down on the ACA, seen in his executed executive order since being in office.

Saying the makeup of the Supreme Court changed significantly is no exaggeration. Since 2012, when the Individual Mandate penalty was deemed a tax by Justice Roberts and the only time it appears the ACA had the best shot at being repealed all together, Justice Kennedy who voted in 2012 to strike down the mandate and the ACA all together, was replaced by Justice Kavanaugh. While his dissenting opinion in a lower court ruling that predates his tenure on the Supreme Court suggests he would find the penalty to be a tax as well, he, at that ruling, found the challengers should have to pay the tax prior to having standing to sue in court against the Individual Mandate.

Supreme Court justice Coney Barrett replaced Bader Ginsburg. While no prior opinion lends weight to what her decision would’ve been, her conservative position suggests she may have voted to invalidate the Individual Mandate.

Justice Gorsuch replaced Scalia in 2017, also appointed by former President Trump, and proved to be part of the conservative majority makeup of the Court, along with Roberts, Kennedy, Thomas, and Alito. With the addition of the three Trump-appointed Justices, the scale of conservativeness in the Court tipped in favor of conservatives the first time since the enactment of the Supreme Court. Some might suggest this meant ACA would be thrown out altogether, but this was not the case as ACA is now intricately entwined in the American healthcare and insurance weave. In the decision today, Gorsuch joined Alito in dissenting the decision to throw out the case, opening the mandate be thrown out with the ACA altogether. As the minority in the decision, this dissent of two Justices does not change the outcome that the ACA still remains the law of the land and there is a possibility that another lawsuit with other plaintiffs will be brought later.

In California vs. Texas, 20 states filed a lawsuit in the 5th District for the Northern District of Texas, challenging the Individual Mandate, claiming it was unconstitutional. The 5th Court of Appeals found a ruling of unconstitutional. A group of states then asked the Supreme Court to decide if the challengers to the law, a group of Republican state-led Attorneys Generals, and that the Individual Mandate was constitutional. The position of the federal government has changed throughout litigation. In an unusual move, the federal government chose not to uphold federal law, as it did during the Trump Administration. The appeal from the 5th District has been awaiting Supreme Court decision before their ruling any effect. A finding of unconstitutional would result in the secondary consideration as to whether the Individual Mandate is such an integral part of the ACA that all of ACA must be invalidated.

Those in the insurance market may have been able to guess the Supreme Court outcome, as ACA is part of regular discussions for those consulting on employee benefits plans. ACA is now a big part of how insurance is structured. Most will remain the same, with changes to rules being ongoing, as they usually are, but ACA remains the law. Be sure you are partnered with a reliable, trusted advisor to help you navigate the complexities of the ACA. While challenges will likely remain ongoing, one thing is for sure, Leavitt Group is here to follow those challenges and let you know when, how, and if those challenges will affect your employee benefits plans. 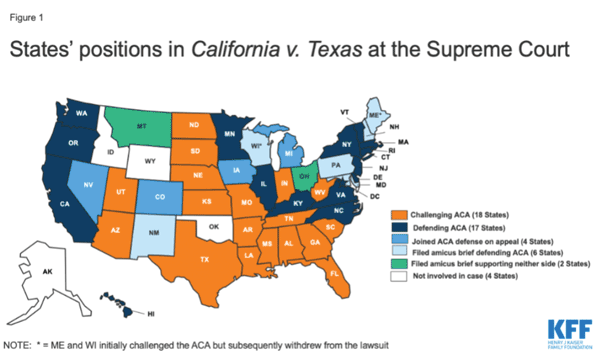 This information is not intended or provided as legal advice and is educational in nature. Consult your attorney for compliance with law applicable to your specific circumstances.

No action is required by employers as nothing changes as a result of this ruling. The ACA is the law for the foreseeable future. Be sure you partner with a trusted advisor like Leavitt Group to ensure you stay on top of the latest in employee benefits news that may affect your plans. Contact your Leavitt Group representative for more details.