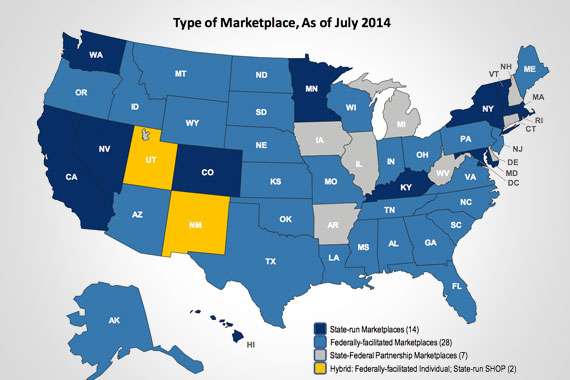 This is an updated list of states by type of exchange (state or federal) and by Medicaid expansion decision. Since our last post on this in January 2014, several states have changed their decisions on these two items.

Employers may want to keep track of whether the states in which they have employees: 1)  have state or federal exchanges, and 2) have implemented Medicaid expansion, since these two factors will affect a large employer’s potential penalties under the employer mandate beginning in 2015.  This is because they will affect the “affordability” test and whether employees will be eligible for tax credits to purchase insurance in the exchange. 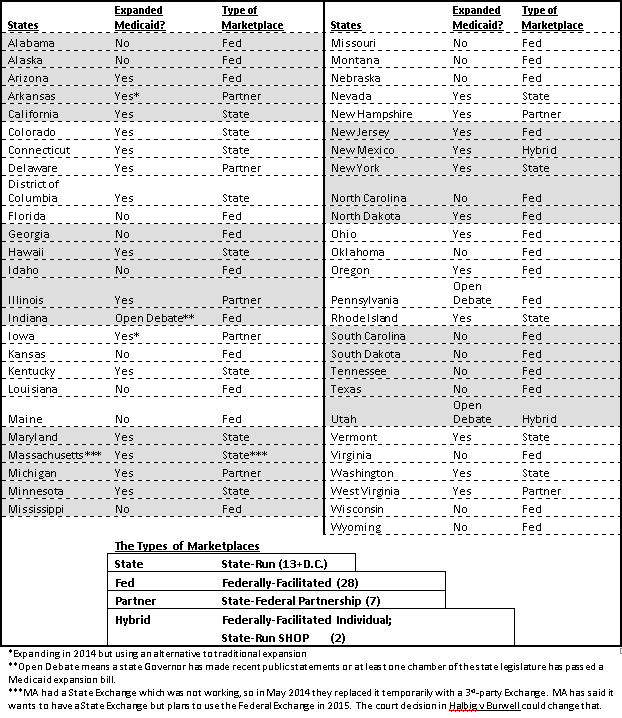