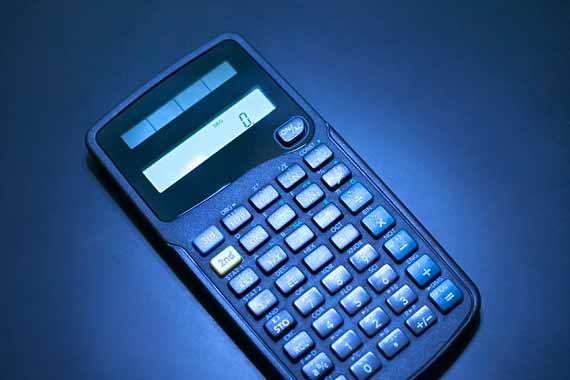 This article is reprinted from  www.kaiserhealthnews.org  May 28, 2014

7 Things You Should Know About The Next Big Benefit Change

After getting a green light from the Obama administration earlier this month, more employers may begin to cap what they pay for certain medical treatments, such as joint replacements and drugs,  potentially shifting more costs to workers.

Done right, economists and policy experts say the move to “reference pricing,” as the approach is known, could slow health care spending by prompting consumers to choose less expensive providers or treatments— and leading providers to lower their charges. Still, consumer advocates warn that the approach is likely to make health insurance even more complex, and could expose unwitting consumers to thousands of dollars in out-of-pocket costs.

“This could be a booby trap for consumers,” said Carmen Balber, executive director of the advocacy group Consumer Watchdog in California.

Because reference pricing can be complex to set up, experts say the majority of Americans who get their insurance through their jobs won’t see an immediate change.  The approval does not immediately affect consumers who buy their own insurance through online marketplaces.

1) HOW DOES REFERENCE PRICING WORK?

Insurers or employers survey what providers are charging for a specific treatment, and then set a cap — or “reference price” – to mark the maximum amount they will pay for that service as a way to encourage consumers to choose more reasonably priced providers or treatments.  One of the best known examples of this is the experiment that began in California in 2011, when the giant California Public Employees’ Retirement System (CalPERS) capped what it would pay for hip or knee replacements at $30,000.  CalPERS took that step after finding that hospital prices for the same surgery could vary from about $15,000 to more than $100,000, with no discernible difference in quality. Workers can still go to a hospital that charges more than $30,000, but they pay the difference in cost.  Some smaller employers have also done reference pricing for procedures ranging from colonoscopies to lab and imaging tests.

2) WHAT DID THE ADMINISTRATION AGREE TO?

In a May 2 document, labeled Frequently Asked Questions about Affordable Care Act Implementation, the administration essentially gave its blessing to large or self-insured employers to use reference pricing in designing health plan benefits. It also said that employers offering drug coverage can use generic drugs to set reference prices. If a worker chooses a brand-name drug instead, the worker would pay the difference. The administration said the generic version of the drug must be medically appropriate, as determined by the individual’s doctor.

3) WILL MY EMPLOYER DO THIS?

Paul Fronstin at the Employee Benefit Research Institute said the administration’s green light is likely to encourage some employers who had been concerned that reference pricing might violate the health law to move forward.  Many see it as a potential cost-reduction tool, alongside strategies such as raising employee deductibles.

“The interest is there,” Fronstin said.

Benefits firm Mercer said about 10 percent of large employers, including CalPERS and Safeway, currently use some form of reference pricing, and 22 percent are considering it.

Some additional restrictions would apply to coverage sold to individuals and small businesses through the federal and state online marketplaces.  Experts say they aren’t aware of such plans currently using reference pricing.

4) BUT AREN’T I PROTECTED FROM THESE COSTS BY THE HEALTH LAW’S ANNUAL CAP ON CONSUMER COSTS?

Not in this case. The health law caps what consumers can be required to pay annually toward in-network care through deductibles or other cost sharing to $6,350 for an individual, or $12,700 for a family. But costs incurred by workers who choose providers that charge more than the reference price will not count toward that limit, according to the FAQ. Essentially consumers who spend more than the reference price are considered to be going “out of network” for their care.

Consumer groups fear that if employers don’t clearly explain the choices, workers could unwittingly be on the hook for thousands of dollars, with no upper limit.  Economists and policy experts say reference pricing can’t work if enrollees aren’t held accountable for choosing more expensive providers. If the costs were counted towards enrollees’ annual cap, insurers would be on the hook to pay the difference and providers would have no incentive to lower prices.

5) DOES IT SAVE MONEY AND FOR WHOM?

Fronstin and other economists say reference pricing can save money for employers when applied to high-cost services where there are big pricing variations and consumers have the time and information to shop for the best option. It won’t work, for example, with emergency care, or other situations where consumers have no time or ability to compare prices. Because the approach relies on market pressure, it also would not work well in areas with only a few medical providers, or where price and quality information is not made available, either by the providers or the employers using reference pricing. Nor would it work well if consumers face no financial consequences for selecting the costlier options.  An analysis of the California effort found that CalPERS saved an estimated $5.5 million in 2011 and 2012 from the joint replacement surgery program, with more than 85 percent of the savings coming from hospitals lowering their prices to meet the cap.  Whether savings from reference pricing are passed onto consumers in the form of stable or lowered premiums remains to be seen.

No, most studies have found that higher prices do not necessarily mean higher quality care, but consumer groups are concerned that insurers and employers rank quality, as well as cost of different providers. That might be difficult since there may be little information comparing the quality of one provider with another for many procedures, such as colonoscopies. CalPERS gathered data on joint replacement when it set up its reference price system, finding no differences among high- and low-priced facilities when considering measures such as infection and readmission rates, according to a report from the Center for Studying Health System Change, a nonpartisan Washington, D.C. think tank. In its first year, the system had 45 hospitals meeting the reference price, and that grew to 54 in the second year.

The administration has asked for comments on reference pricing by Aug. 1, including suggestions for standards to ensure “meaningful access to medically appropriate, quality care.”

Sabrina Corlette, project director at the Health Policy Institute at Georgetown University, said the government needs to provide clearer guidelines for employers and insurers about how to explain the choices under reference pricing, which she says “put a fairly large burden on the consumer to understand.”

Link to the original article