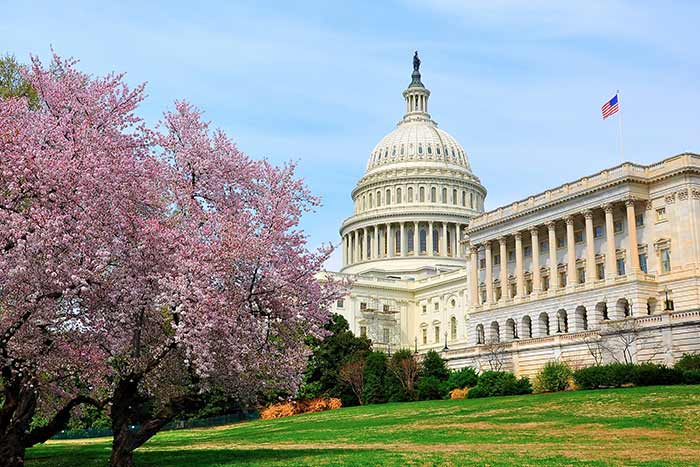 Here is a summary of recent development affecting health and welfare benefits, in February and March 2018.

Employers should take the following steps to make sure their plans are compliant:

Recent Legislation to Expand H.S.A. Use

Proposed legislation called the “Bipartisan HSA Improvement Act” was introduced recently (by Rep. Mike Kelly, R-PA) to expand the use of H.S.A.s and high deductible health plans (HDHPs).  HSA-qualified HDHPs do not pay for any eligible medical expenses until the (high) deductible is met, with the exception of preventive services.  This means participants must pay 100% of medical expenses until the deductible is reached.

The rationale behind HDHPs and HSAs is that premiums will be lower and claims fewer if consumers must “shop” for services and bear the cost until the deductible is met.  However, this approach also takes into account that premiums will be lower if participants obtain needed preventive services; thus, HDHPs can pay for specified preventive services before the deductible.

The proposed bill would expand the current HSA rules by permitting HSA-qualified HDHPs to cover more costs before the deductible is met.  Some of the primary changes the bill would make to current law are:

Keep in mind this legislation is only proposed at this time, and many if not all of its provisions have in the past been included in legislation that was not enacted.

CMS (the Centers for Medicare & Medicaid Services) is required to remove Social Security Numbers (SSNs) from all Medicare cards by April 2019. A new, unique Medicare Beneficiary Identifier (MBI) will replace the current SSN-based Health Insurance claim Number (HICN).  Starting April 2018, CMS has started mailing newly-designed Medicare cards with the new MBI.  First to get the new cards will be people enrolling in Medicare for the first time.  Next, new cards will be sent to current Medicare beneficiaries, on a rolling basis over the coming months. During the transition period CMS will continue to accept the current Health Insurance Claim Number (HICN).

CMS says it is “using the highest levels of fraud protection” when mailing new cards to current enrollees to protect their personal information and to make sure the cards are mailed to accurate addresses.

On February 20th the Departments of the Treasury, Labor, and Health and Human Services (the “tri-agencies”) released a proposed rule that would extend to 12 months the maximum period for which short-term, limited-duration insurance (“STLDI”) policies could be offered. Under existing rules (issued under the Obama administration), the maximum duration for a STLDI policy is less than 3 months.  Interested parties can submit comments to the three agencies until April 23rd.

The purpose of STLDI is to allow people to buy basic health insurance coverage for short periods of time, for example:

STLDI does not meet the definition of “individual health insurance coverage” under the Public Health Service Act (PHSA), so it is exempted from many of the requirements under the Affordable Care Act (ACA).  As a result, STLDI policies usually include preexisting condition exclusions, annual and life time limits, higher cost-sharing requirements, and they are medically underwritten.  Thus,  they generally cost less than ACA-compliant policies and are more likely to be purchased by younger and healthier individuals.

Critics of the expanded duration for STLDI claim it will increase premiums for individual health insurance overall, because healthier (lower-cost) people will enroll in STLDI policies while higher-claims individuals will stay in regular individual policies.   Supporters claim STLDI will increase access to affordable health insurance because it will allow individuals to buy less expensive policies that only provide the coverage they expect to need.

A recent HHS report projected that 3 million people will drop exchange coverage in 2019 after the individual mandate ends and that 100,000 to 200,000 additional individuals will shift to short-term insurance products.

On March 5, 2018, the IRS issued Notice 2018-12 , which provides that plans which cover benefits for male sterilization or male contraceptives before the required minimum deductible is met are not HSA-compatible High Deductible Health Plans (HDHPs), so participants in such plans are not eligible for HSA contributions. However, the IRS provided transition relief for periods before 2020.

IRS Letter on Calculation of COBRA Premium for HRAs

In early February 2018 the IRS released information letter 2017-0027, to explain how the COBRA “applicable premium” should be calculated for a health reimbursement arrangement (HRA).  The applicable premium is the cost to the plan of coverage for similarly situated beneficiaries for whom a qualifying event has not occurred, plus a 2% administrative fee.  The issue was presented to the IRS in this situation because an employee alleged its former employer was overcharging for COBRA premiums and asked the IRS (through his Congressional representative) to investigate.  IRS letter 2017-0027 reiterates current rules for calculating the COBRA premium:

For insured plan:  Applicable premium is the cost charged by the insurer, plus a 2% administrative fee.

For self-funded plan (this includes level-funded, HRAs, regular self-funded medical):  The plan administrator may calculate the premium for a self-insured plan based on either:

The IRS letter also states that the IRS was unable to determine whether this particular employer’s COBRA rates were excessive and whether the employer acted in good faith compliance with the rules for calculating rates.  Additionally, the IRS noted that individuals can report alleged COBRA violations to the IRS and/or DOL as follows: