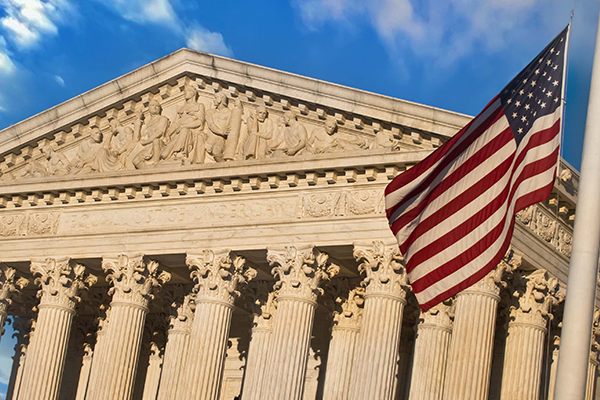 “May Day” brought more than the start of a new month. News source Politico published a bombshell report that the Supreme Court of the United States (SCOTUS) draft decision (titled “1st Draft” of the “Opinion of the Court”) in the Mississippi (MS) case (Dobbs v. Jackson Women’s Health Organization) challenging the legality of a ban on abortions after 15 weeks of pregnancy. [SCOTUS Oral Arguments 12/1/21 Audio/Transcript.] In Dobbs, MS asked SCOTUS to overturn both Roe v. Wade (1973) and Planned Parenthood v. Casey (1992), to eliminate the federal right to abortion, and in Casey, the right to be free from undue burden in exercising the right to abortion before fetal viability. [See for other unrelated laws overturned in recent years, indicating that this SCOTUS bench has a panache for doing so.]

“First, picking up [where]… you just left off, Justice Barrett, on safe haven laws, the Respondents in this case, [I]… believe, as Your Honor pointed out, have emphasized parenting burdens being a lead or the lead reason that women seek abortions. I would emphasize safe haven laws, as best I’ve been able to find, first came into existence in 1999 in Texas. They’re now ubiquitous, and you’re correct, Justice Barrett, that they relieve that huge burden. I would also add that as to — as to burdens during pregnancy, I would emphasize that contraception is more accessible and affordable and available than it was at the time of Roe or Casey. It serves the same goal of allowing women to decide if, when, and how many children to have.” – Oral Arguments in favor of MS for overturning Roe and Casey.

Justice Alito (appointed by W. Bush) writes the opinion of the court, which indicates it may be a decision leaning in favor of MS. With the majority of the bench appointed by Republican Presidents, and both assumed and witnessed in prior decisions, generally, to lean conservative and pro-life, the 6-3 draft decision shows all of those Republican-appointed Justices deciding to overturn Roe and Casey, with Breyer, Sotomayor, and Kegan the dissents (notably, Democrat-appointed Justices). The shift from more liberal to “conservative” (a comment generally used but not accurate, conservatives can also be pro-choice, etc.) is noticeable and remarked upon by Justice Sotomayor – “The newest ban that Mississippi has put in place, the six-week ban, the Senate sponsors said we’re doing it [challenging Roe & Casey now] because we have new justices on the Supreme Court.”

“Roe was egregiously wrong from the start,” the draft opinion states.

Of course, a document labeled a “1st Draft” means this opinion and, hence, the decision itself, could change between now and the anticipated release date of the actual decision. Expected in June. Likely June 27th, the last day of the term usually reserved for the most controversial case decisions.

Alito’s draft decision of the court argues that rights protected by the Constitution, but not explicitly mentioned in it (unenumerated rights) must be strongly rooted in U.S. history and tradition.

“I think that that is part of it, yes. And I think, for many women, that is an incredibly difficult choice, but it’s one that this Court for 50 years has recognized must be left up to them based on their beliefs and their conscience and their determination about what is best for the course of their lives.” – Oral Arguments for in favor of the Plaintiff seeking to overturn restrictive Mississippi abortion law.

Impact of Overturning of Roe & Casey on Insurance Landscape

Insured health plans would be subject to state mandates, while self-funded plans are exempt from most state insurance mandates per ERISA. (See Guttmacher Institute research on state laws related to reproductive health). The insurance landscape is already inconsistent, and that is with Roe & Casey intact. Insurance coverage of abortive care is mandated in only six states (CA, NY, IL, ME, OR, WA). The number of other states with some level of abortive care restrictions ranges from 22 to 26 and growing. (See Guttmacher Institute State Policy Research). If the SCOTUS decision indeed overturns Roe and Casey, those states will have restrictions or bans in force immediately.

Insured plans will be subject to a state law banning coverage, performing and being a patient to an abortion. In states with bans or restriction on abortive care, some employers are considering policies and programs to assist in facilitation and paying for abortive care in a state where abortions are legal.

Self-funded plans are not affected by state laws (they are regulated by ERISA, a federal law the preempt state law and permits, mostly, large employers to set their own policies) banning abortive coverage, with the exception of states that criminalize facilitating abortive care. Even then, some states are trying to get ahead of that threat by enacting their own laws protecting those from abortion facilitation liabilities. The outcome of battling the state laws will no doubt end up in court.

Multi-state employers will have to analyze their plans’ rights and obligations by considering the following:

The Hyde Amendment prohibits use of federal funds for abortion regardless of the status of Roe, Casey & state law (exceptions for rape, incest, and endangerment of mother’s health). The issue of who will pay for abortions will become more complex should SCOTUS overturn Roe, sending the decision as to legality of abortion each state. (Roe became law in 1972 intending to remove the states’ patchwork of rights to abortive care and privacy in reproductive health and birth control.)

Paying for Travel for Abortive Care

Many large employers have expressed their intention (or already have installed such policy in response to the Texas law enacted in 2021) to reimburse U.S. employees (and eligible dependents in some cases) up to $4,000 in travel expenses (e.g., Match, Salesforce, Uber/Lyft, Amazon, Google, Levi Strauss, Bumble, Citigroup, and Yelp to name a few). Per the Internal Revenue Code section 213, travel and lodging are reimbursable medical expenses. The IRC is ruled by the federal government. Whether the feds will allow reimbursement of such travel expenses to receive what a state may deem illegal could have unintended consequences for which it is too soon to identify and speculate.

For example – The IRS does not permit tax-free coverage of state-registered domestic partners mandated to be offered employer-sponsored health coverage the same as a spouse. While the state will not tax that coverage, the IRS does! Will the IRS do the same with IRC 213? Prohibit tax-free travel for what is deemed illegal in the resident state? Or, will only state taxation be impacted? Federal law will not define “medical expenses” to consider state law legal medical procedures? Only time will tell. Be sure you are signed up for the Leavitt Group news alerts so that you will be informed of changes in the law affecting your health plans and eligibility for tax free travel expenses for purposes of abortive care.

Pathways and considerations that complicate a policy of offering financial and/or facilitation costs for abortive care include:

If the self-funded plan decides to run all procedure and travel costs through the plan, as any other medical expenses, they will still need to define the benefit.

Questions to answer when defining an abortive care benefit include:

Recently, the Missouri legislature and the 2021 Texas law made it a civil crime for any person assisting the pregnant woman with travel to receive an abortion. This means, employers could potentially face liability for facilitating travel to another state via providing the travel funds or health plan coverage to provide abortive care.  But states are in a battle to either protect your rights one way or another, depending on which side you lean.

In response to restrictive state laws in Texas, Missouri, and Mississippi and in response to the Dobbs, some states are taking action to make their statement as to the legality of abortion in that state if Roe and Casey were to be overturned. In California, SB 1142 (which will be addressed in the appropriations committee on May 9) is a measure that would provide funding for out-of-state residents who may travel there for abortive care. Additionally, California legislature is working on a bill that would protect those who facilitate travel to the state for such care. How the courts will handle the imminent legal challenges is impossible to know while all these measures are still being considered. (Connecticut has a similar law to California also working its way through legislature.)

Meanwhile, in Florida, the No Tax Breaks for Radical Corporate Activism Act will prohibit employers from  reimbursing or paying directly for travel expenses to go out-of-state to receive abortive care.

“Will this institution survive the stench that this creates in the public perception that the Constitution and its reading are just political acts?” – Justice Sotomayor

Everything is speculative until the decision is formally released. Any forecasting of laws to come, effects of current, often-times antiquated laws, and even the outcome of the SCOTUS decision in Mississippi, is speculative. Overturning Roe and Casey will undoubtedly have earthquake effects across many components of our lives, including employer policy, taxation, health care, mother and infant mortality, economics of many women and social dialogue.

Regardless, compliance on. Regardless of which position an employer will take, it is important to consider the many compliance laws that will come into play when putting in place any benefits or tax-benefited programs. Communication with your employees and doing so with sensitivity cannot be overdone. It can save a lot of headaches. Many laws will include a notice provision!

Consider communicating with sensitivity. When discussing a sensitive topic like abortion, there is indeed the likelihood someone could get offended or have strong opinions. Try to be matter of fact rather than having an opinion or making a prediction as if it is a known thing. For example, instead of saying “The injustice of Roe will be overturned.” Consider “SCOTUS draft opinion/opinion overturned Roe.” Or, “To afford employees continued access to abortive care, XYZ is available.” Not, “To allow employees to exercise their right to abortions….” It may be worth getting ahead of the conversation with your employee population if you have a demographic where this may cause some rumblings in the workforce. This is early yet. There is a lot to be known and decisions yet to be made. Patience while preparing is always a sound approach. Let us know how we can help!

Need help? Employers should consult a tax and employment attorney to analyze their obligations and rights. For all your insurance questions, Leavitt Group is your trusted advisor and here to help you strategize how to best utilize available resources and benefits. Need a tax or employment attorney? Let us know! We have preferred partnerships with top-notch nationwide attorneys.