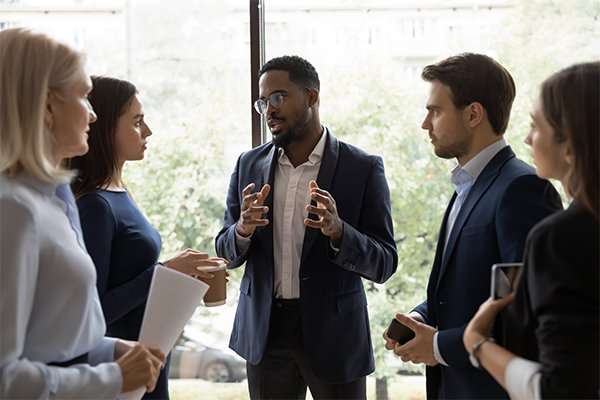 The Department of Labor just took the next step in advancing President Biden’s vaccine mandate-or-test emergency rule, sending the Emergency Temporary Standard to the White House’s regulatory office this week (see the prior Leavitt group article on this new rule). Coming on the heels of Texas Governor Greg Abbott’s announcement that he was barring employers from “compelling” employees to become vaccinated against COVID-19, and in the context of a patchwork of states that each seem to have their own approach to workplace safety rules, could yesterday’s news be the genesis of employers getting stuck in a land of confusion? In order to avoid any misunderstandings, here is a brief recap of what just happened, what to expect in the coming days and weeks, and how employers in different states will be impacted by the impending development.

What Happened This Week?

When President Biden instructed the Occupational Health and Safety Administration (OSHA) on September 9 to develop an Emergency Temporary Standard (ETS) that would require employers with more than 100 workers to either mandate vaccination or test employees for COVID-19 on a weekly basis, he set in motion a procedural process that most employers are not familiar with. The next step in the process – which happened on October 12, 2021 – is sending the draft ETS to the White House’s regulatory office for review and approval.

The Office of Information and Regulatory Affairs (part of the Office of Management and Budget) often takes months from the time it receives a draft rule from a federal agency to releasing it to the public. But this is a far different operation than the typical regulatory process that also sees draft rules released publicly for notice and comment by the general public. Instead, because this is an “emergency” rule, the White House could theoretically finalize and release the ETS in as early as one day.

What Timing Do We Expect?

The Workplace Safety Practice Group at Fisher Phillips, the Leavitt Group preferred partner for all of our clients’ employment law needs, is familiar with the workings of OSHA and the White House and believes the following timeline is realistic when it comes to the next steps in the regulatory process:

Federal OSHA does not have jurisdiction over every private employer in the country. Rather, the federal government can largely enforce safety rules against private employers only in 29 states plus the District of Columbia and other American territories (e.g., subject to exceptions like federal worksites/military bases/navigable waters in other states). The remaining 21 states have approved “state plans,” where a state agency enforces safety regulations in that jurisdiction (including California, Washington, Utah, Nevada and Arizona – see OSHA for details on all state OSHA plans). Adding to the confusion, six federal states and territories also have state plans that cover only local and state government workers. These three categories are identified below.

What Happens in Federal States when the ETS is Enacted?

The ETS will become effective immediately in Federal States. Although the date of enactment for the ETS is currently uncertain, we expect enactment to be imminent according to the chart above. As soon as it is published in the Federal Register, it will immediately take effect in Federal States (including Texas), requiring almost all private employers to abide by its terms.

What Happens to Governor Orders in Federal States that Ban Mandates?

Governor Abbott’s order may not be the last one employers see banning vaccine mandates. Expect governors in conservative Federal States – including Louisiana, Oklahoma, Georgia, Florida, Alabama, and Mississippi – to rush to issue similar orders to push back against the federal government. This potential conservative firewall will get federal OSHA’s attention, but likely won’t delay the adoption of the ETS.

The ETS likely will include specific language noting that it supersedes any state or local law concerning vaccines that is not as strict as the ETS. Thus, any order like the one issued by Governor Abbott will become null and void. However, during any period of time between the issuance of a governor order banning mandates and the adoption of the ETS, employers in such states will be in limbo with respect to their vaccine policies. If you are faced with that situation, you should comply with the governor’s order during the pendency of the directive, but be prepared to change course once the ETS takes effect. Otherwise, you may risk receiving penalties for violating the order.

What Happens in the State Plans When the ETS is Enacted?

Thus, in State Plans, following the adoption of the ETS, the state agencies will likely have 15 to 30 days from the effective date (Federal Register publication) to:

1) adopt the ETS as enacted by federal OSHA;

2) amend the federal ETS to be just as or more effective; or

3) enact their own standard or rely on an existing standard that is “just as effective.”

This creates three camps of State Plans, which we predict, based on our experience, will act as follows after the ETS is enacted (state plans not listed are toss ups with respect to how they may respond):

With too many people, making too many problems, employers should take the following steps now to prepare for this everchanging landscape.

The COVID-19 pandemic is the deadliest in American history. We are living through unprecedented times. But addressing sweeping OSHA regulations are part of the world we live in, and these are the hands we’re given. Take steps now to prepare for challenging, confusing standards that may differ by state throughout our land.

Leavitt Group will monitor these developments and provide updates as OSHA releases the Emergency Temporary Standard. Subscribe to receive our news alerts to be sure you receive the latest news as the ETS develops. If you have questions about how to ensure that your vaccine policies comply with workplace and other applicable laws, contact your Leavitt Group representative.