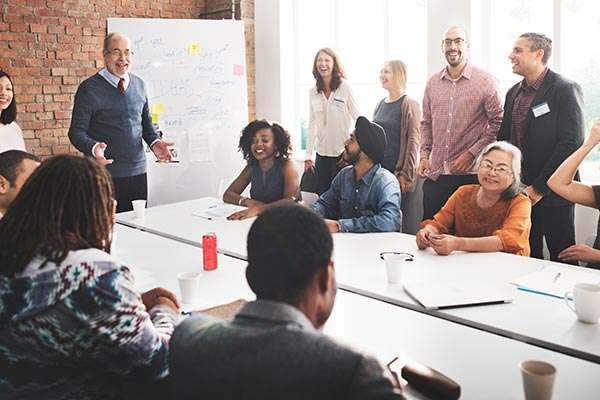 There are many variations of the question posed in the title of this article, but the question basically is whether an employer can provide different/better health benefits to certain employees (usually managers or executives) than to others, or can provide the same benefits to all employees but charge managers or executives less for the same benefits.

The answer is that “it depends” – on several factors:

Below are some brief answers to the four bullet points above.  However, the nondiscrimination rules are complicated, as evidenced by the summary in the next section.  For example, there are various categories of “prohibited employees,” the definition of “highly-compensated” is different for cafeteria plans than for self-funded plans, plans generally must be nondiscriminatory both as to eligibility and as to contributions or benefits, and the non-discrimination tests themselves are different for cafeteria plans than for self-funded plans.  Most “real life” situations will require nondiscrimination testing, so the short answers below are usually just the beginning of the answer.

2- Insured plans. An employer CAN offer better benefits (or lower cost) to highly compensated employees, if there is no cafeteria plan.

4- Difference in Cost to Employees.  If employees can pay pre-tax through a cafeteria plan, it generally is NOT OK to charge less for Highly Compensated Employees, but there are some “safe harbors” under cafeteria plan nondiscrimination rules.

5- Some nondiscrimination tests limit the percentage of benefits that can be paid for certain “prohibited groups.”

6-Premium-Only Plans (POP) – Safe Harbor.   This safe harbor does not address cost, but it’s worth noting here:  If all employees can participate in the same major medical plan and can elect the same salary reduction amounts for the same benefits, the POP and major medical plan are not discriminatory, even if they do not meet the Contributions & Benefits Test or Key Employee Concentration Test.  However, if not all employees can participate in the same plan, additional testing is required.

Overview of the Nondiscrimination Rules

The definitions of HCIs and HCPs are slightly different under Code §125 and Code §105(h)!

Note that the five highest-paid officers and the more-than-10% shareholders often will be included in the group of highest-paid 25% of all employees, but this should never be assumed.

“Key employees” are defined under Code §416 as:

Penalties vary under different nondiscrimination tests, but generally they provide that benefits (that would otherwise be non-taxable) will be taxable to Highly Compensated Employees and/or Key Employees if benefits or eligibility are discriminatory.  There is no penalty on non-HCEs, and the plan itself remains valid or qualified.  Cafeteria plan proposed regulations (2007) require that plans be in compliance with nondiscrimination rules on the last day of the plan year.  However, employers cannot re-characterize employee salary reduction contributions after the end of the plan year to fix prior-year noncompliance issues.  Thus, it is recommended that employers test within a month or two after enrollment each year and again within a month or two before the end of the plan year so that any needed corrections can be made.  Employers are not required to submit proof of testing to the IRS or Department of Labor (DOL) but could be required to show proof of compliance if requested during a subsequent IRS or DOL audit (which could be several years later).

Talk with your broker/advisor, cafeteria plan administrator or health plan administrator (for self-insured plans).   As noted previously, most “real life” situations will require nondiscrimination testing, so the short answers above are usually just the beginning of the answer.  If you have eligibility or cost provisions that clearly don’t comply with nondiscrimination rules, you might want to change them during the plan year to bring the plan into compliance this tax year.  If  you are considering implementing changes next year, it is advisable to consider now whether these provisions will run afoul of nondiscrimination rules.

If you offer a health flexible spending account (HFSA) or a self-insured plan, your third-party administrator (TPA) probably performs (or will perform) nondiscrimination testing at least once annually.  To run the nondiscrimination tests, the TPA must have compensation information from the employer, because the tests compare eligibility and contributions/benefits amounts for certain categories of highly-compensated employees versus other employees.  If the employer doesn’t provide this data, the TPA cannot run the tests.  If your TPA only runs the tests at the end of the year, you may want to request that they also test shortly after enrollment, to make sure the plan seems to be compliant.

Sometimes TPAs run the tests and send the results, but the employer does not read the report to see if all the tests have been met.  Be sure to read emails and reports from your TPA, and ask your TPA to explain the results if you need clarification.  You can also ask your broker/advisor to review the results with you as well.  If you don’t pass one or more of the nondiscrimination tests, the report usually provides information on what adjustment(s) could or should be made to meet the tests.  If not, ask your TPA or broker for their advice.  Don’t wait for an IRS audit a year or two from now to finally read through your Nondiscrimination Test report, because by then it will be too late to “fix” prior years’ problems.