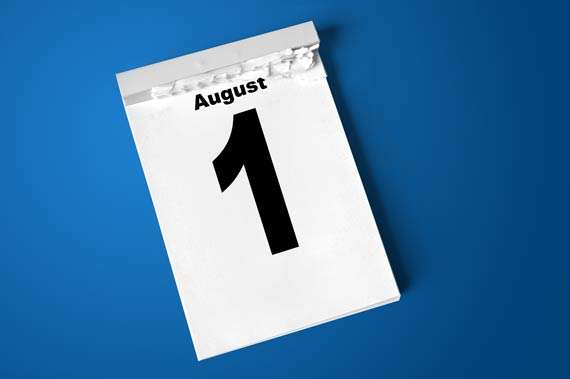 If an insurer’s Medical Loss Ratio (MLR) for 2013 does not meet the Affordable Care Act’s (ACA) MLR requirements, the insurer must pay MLR rebates to policyholders by August 1, 2014. For group health plans where the policyholder is the employer (plan sponsor), the employer must determine how much (if any) of the MLR rebate is “plan assets” and must pay that amount to eligible plan participants (or for benefit enhancements) as soon as practicable and within three months of the date the MLR rebate check is received from the insurer.

The Medical Loss Ratio (MLR) Rebate provisions of the Affordable Care Act (ACA) require health insurers to pay rebates to policyholders if the insurers fail to meet specified MLRs. The MLR provisions do not apply to self-funded health plans or to insurance policies for “excepted” benefits such as stand-alone dental or vision coverage. The MLR is the percentage of total premium revenue (not including taxes and fees) that is spent on medical claims and health care quality improvement activities (as opposed to administrative and marketing expenses and profits). The requirements are as follows:

Note: The rebates are not calculated separately for each employer group health plan’s experience.  Even if your particular plan’s MLR was below the applicable required standard, you will not receive a rebate unless the particular insurance product you purchased in your market size in your state qualifies for an MLR rebate.

Date by which Insurers Must Pay Rebates

Insurers who fail to meet the MLR standards in 2011, 2012 and 2013 must pay rebates to policyholders by August 1 of the following year.  For example, if MLR rebates are due for 2013 they must be paid to policyholders no later than August 1, 2014.  If a group health plan receives an MLR rebate, the rebate will be paid to the plan sponsor (employer) who is the group policyholder, and the employer must pay the portion of the rebate that is “plan assets” (if any) to eligible plan participants (or for benefit enhancements) within three months of the date the rebate check is received from the insurer.

Beginning in 2015 (for the 2014 “reporting” year), the date by which insurers must pay rebates to policyholders will be September 30 (rather than August 1) following the reporting year, and the date by which insurers must report data will be July 31 (rather than June 1) following the reporting year.  The reason the dates were moved back two months starting in 2015  is because HHS revised the MLR calculation to include premium stabilization amounts, so the reporting and rebate dates need to be after the premium stabilization payment and receipt amounts are calculated.

The notices will inform affected participants of the rebates, so plan administrators should be prepared to respond to questions and to proactively send their own notices to employees.

Note:  A group health plan is subject to ERISA if it:

What do ERISA Rules Require of Plan Sponsors and Employers?

Plan sponsors are responsible to properly allocate the rebates among plan participants within a specific amount of time and in a specific way. ERISA plan sponsors that receive MLR rebate checks from their insurers must make four determinations:

ERISA’s prohibited transaction and exclusive benefit rules require that “plan assets” be used solely for the benefit of plan participants and beneficiaries. Thus, plan sponsors (ERISA fiduciaries) must first determine what part of any MLR rebate constitutes “plan assets.” Even if you receive an MLR rebate check from your insurer, do not assume you can use the entire amount for corporate purposes.

Second, if any amount of the rebate is “plan assets” you must decide how to allocate that amount among current and/or former participants and how to use the money for the benefit of participants and beneficiaries (e.g., whether to pay rebates, reduce premiums or fund enhanced benefits). The Department of Labor issued Technical Release 2011-04 (December 2, 2011), which provides the following guidance on these issues:

1  How much of the rebate must be paid to plan participants, and how much may the employer keep?

2  Must or should the rebate be allocated to both prior-year and current-year participants?

If the employer decides to allocate the rebate only among current participants, the allocation must be based on a reasonable, fair, and objective allocation method. The Technical Release allows plan sponsors to divide the rebate or refund in any of the following three ways (which were listed in HHS guidance that was issued the same day as Technical Release 2011-04), so long as they meet ERISA fiduciary standards:

3  How may the rebate be used?

MLR rebates may be applied either as cash (check) rebates to plan participants or to reduce premiums for plan participants (a “premium holiday”).   Employers may find that reducing premiums for plan participants in 2014 is the easiest way to administer the rebates. Given that many rebate amounts in 2014 will be smaller than in prior years, the practical result may often be a partial-month “premium holiday” for current participants.  Alternatively, an employer may choose to pay the rebate as cash amounts to participants (either current year and/or prior year participants), since the intent of the MLR provision is to return money to those individuals who paid premiums in the prior year.  (The “cash” probably would be an increased amount in the participant’s regular paycheck, not actually cold hard cash.) Note that under prior ERISA fiduciary guidance,  plan fiduciaries generally have discretion to apply rebates and refunds toward benefit enhancements, as well as for the two methods listed above (i.e., rebates or premium reductions for plan participants).  However, MLR rebates cannot be used for benefit enhancements.   As explained below in the Tax Consequences section, the type of rebate the plan sponsor provides does not affect the tax consequences.

4  When must the rebate be paid?

If an employer offers multiple policies under one ERISA plan, the plan might receive MLR rebates for some policies and not for others, or may receive different MLR rebate amounts for different policies. Technical Release 2011-04 directs plan fiduciaries to provide the MLR rebate to participants covered by the policy to which the rebate relates provided doing so would be prudent and solely in participant interests (according to general ERISA fiduciary standards). This seems to give fiduciaries the flexibility to decide whether to allocate rebates separately to participants under different policies, or to aggregate all MLR rebate amounts and allocate them among participants in the same ERISA plan who are covered under different policies if it would be too costly or would be an administrative burden to allocate only to participants covered by the specific policy. However, a fiduciary cannot use rebates from one ERISAplan to benefit participants under another plan. (Each ERISA plan has a separate plan number and Form 5500 filing.  For example, an employer has two separate ERISA plans if it files its PPO policy as plan 501 and its HMO as plan 502; however, an employer has only one ERISA plan if it files both its PPO and HMO policies under one Form 5500 as plan 501.)

Is there a de minimis (minimum) amount, under which rebates need not be paid to participants?

No, there is no de minimis amount for plan sponsors and employers. HHS rules apply to determine whether or not an insurer/carrier must pay rebates, but these same rules do not apply to plan sponsors/employers who receive a MLR rebate.

If the insurer pays a rebate to the policyholder (employer), and all or part of the rebate is “plan assets,” the employer is required to return the appropriate amount to participants in one of the methods outlined earlier, no matter how small the amount is, even if the amount the employer must pay to each participant is less than the $5 amount noted below for insurers.

The HHS rules that apply to insurers/carriers are: