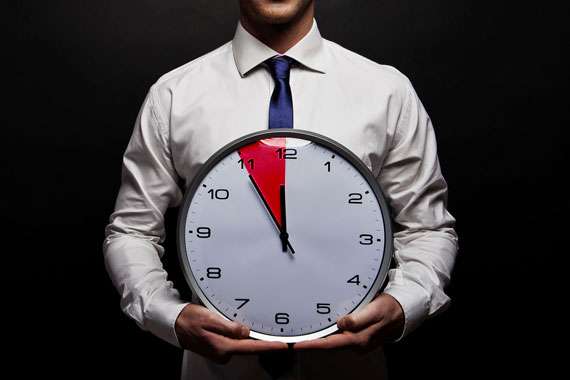 This article was written by Lisa Klinger and Brian Louie

Most small group health insurance carriers have offered small groups plan sponsors the option to early-renew as of December 1, 2013 to delay the impact of the Patient Protection and Affordable Care Act (PPACA) on their group health plan. Some large employers have also been offered the opportunity to renew early, particularly employers with 50-99 employees who have been purchasing health insurance coverage under a small-group policy. This article outlines the reasons for early renewal, the advantages and possible liabilities, and other ramifications employers should consider before choosing to renew early.

What is Early Renewal and Why is it being Offered?

Early renewal simply means that an employer whose current health insurance contract would renew in 2014 will instead renew the contract as of December 1, 2013, and going forward the contract year will be December 1 – November 30. For plan years beginning on or after January 1, 2014, non-grandfathered insured small employer health plans will be subject to new benefit mandates and other requirements under PPACA. For California small insured plans, CA AB 1083 also imposes these same (and additional) requirements. Early renewal allows a plan sponsor to renew the current insurance policy, which usually does not include the new 2014 requirements. This will delay the effective date (and the increased cost) of the new provisions and benefit mandates until December 1, 2014.  (Individual health insurance policies are subject to the same requirements, but they are not eligible for early renewal and are not the subject of this article.)

The changes required in 2014 include:

The Advantage of Early Renewal

The advantage of early renewal is potential cost-savings. For many or most employers, the cost of the early-renewal policy will be less than the cost of the policy available on or after January 1, 2014.   This is because of the changes (listed above) that will be required in 2014.  However, employers with older or higher-claims workers (or dependents), or those in high-risk industries, might have lower premiums in 2014, due to the adjusted community rating, so employers should confirm with their carriers or brokers whether their early renewal rate will be lower than their 2014 rate.   Additionally, early renewals are often presented as a way for employers to keep their 2013 benefits while assessing the post-PPACA health insurance landscape.

As noted previously, PPACA and CA AB 1083 mandate changes for plan years on or after January 1, 2014. Renewing early as of December 1 will change the contract year, and may also change the ERISA plan year. Since small insured plans generally are not required to file 5500’s (Annual Reports for employee benefit plans), such plan sponsors usually have not specified their plan year. Carriers usually default to either the calendar year or the contract year. Thus, for small plans that are not currently December 1 contract-year plans, accepting an early renewal will either change an employer’s ERISA plan year or the contract year. Both changes could be problematic:

Under Department of Labor informal guidance and under Cafeteria Plan IRS regulations, a plan year change may not be made unless the change is for a “legitimate business purpose.” Attempting to delay or avoid the effects of a law is NOT a legitimate business purpose. Thus, it is possible the DOL could try to assess ERISA penalties ($110/day) on a plan sponsor if the early renewal strategy is used to delay the effective date of PPACA provisions. If the employer allows participants to pay on a pre-tax basis through a cafeteria plan, it is possible the IRS could disregard the attempted plan year change as well.

If the early renewal is considered a contract year change and not a plan year change, the PPACA and AB 1083 provisions will apply as of the first day of the plan year that begins on or after January 1, 2014, so the health plan will fail to comply as of that date. For example, if a plan with an April 1 plan year renews early as of December 1, the plan year could continue to be April 1 even though the contract period is December 1 – November 30. Under PPACA a general non-compliance penalty of $100.00 per day per affected participant will apply (this penalty is different from the large employer mandate penalty that has been delayed until 2015). For example:

Is a Government Challenge Unlikely?

I think it is unlikely at this late date that the government will challenge a small employer who renews early and delays the effective date of many of the PPACA provisions. First, health insurers discussed early renewal with regulators before they offered it, so regulators have had plenty of time and opportunity to issue guidance disallowing early renewal if they were going to disallow it. Second, since the government has delayed the effective date of the large employer mandate by one year, I think they are also likely to allow small employers to delay those PPACA provisions that affect small employers.

Is an Individual Challenge Likely?

Recent articles (mostly by law firms) have raised the issue of whether an individual could file a lawsuit challenging the legality of an employer renewing early and delaying the effective date of the PPACA an AB 1083 provisions listed near the beginning of this article.  I think the non-compliant provisions most likely to trigger an employee complaint are:

If an employer renews early and is sued for so doing, it should be possible to reverse this decision prior to the 2014 PPACA compliance date by taking the following action:

Two caveats:  Employers would have to give 30 or 60-day prior notice to the carrier and participants before terminating an existing contract.  Additionally, employers would need to provide eligible employees with a “true” Open Enrollment at the original 2014 anniversary.   Again, using my earlier example, before April 1, 2o14 the employer would have to offer a true open enrollment at which eligible employeees could enroll, disenroll, and add or drop dependents.

Since the plan would not have had to be compliant until its 2014 “plan” year start date, there should be no penalties as long as the employer has a PPACA-compliant plan by their PPACA compliance date.

Groups with plan years between January 1 and March 1 stand to gain the most in premium savings; however these groups also will be the most at-risk to incur penalties. If they must reverse an early renewal in response to a legal challenge, they also will be less likely to have in-force PPACA-compliant coverage by their PPACA compliance date.

Other Ramifications of Early Renewals

PPACA Taxes effective in 2014
Several carriers have specifically noted that their December 1 renewal rates do not include the transitional reinsurance fee or the tax on health insurers, and that these amounts will be dded to premiums as of January 1, 2014, even for contracts that renewed on December 1, 2013.

2013 Benefit/Plan Design vs 2014 Changes
PPACA-compliant plans in 2014 are likely to have different benefits from carriers’ 2013 policies.  Some of these differences are enhancements, but others are take-aways.

Health Flexible Spending Account (FSA)
Employees that participate in a heath FSA will not be able to make a change in FSA election as of December 1, even though the contract renews as of that date. Employers can amend their HFSA plan documents to implement a short plan-year in 2014 and then change the plan year to align the health FSA with the medical plan.

Health Reimbursement Arrangements (HRA):
Employers that pair an HRA with a medical plan may want to realign the HRA with the December 1 anniversary date. Most California small group plans have calendar-year deductibles and out-of-pocket maximums. Additionally HRA-compatible small group plans are extremely limited in California, so this should not impact most groups.

Plan Documents:
Groups that choose to participate in the early renewal will also need to update/align all appropriate plan documents to reflect a December 1 plan year.  Groups that fail to do so may default to a January 1, 2014 PPACA compliance date.