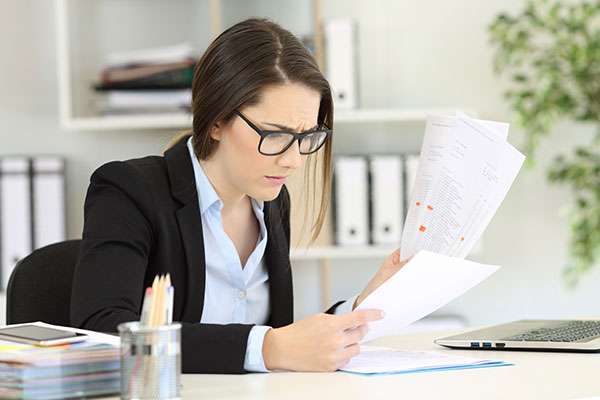 Have you heard that the Department of Labor (DOL) penalty for late-filing Form 5500 could be a million dollars? And then also heard it might only be a maximum of $4,000?  Here’s why you might have heard such disparate information:  there is a maximum daily penalty amount the DOL can impose, a standard penalty amount, and also a late filer “turn-yourself-in” amount (the “DFVC” program).

The maximum penalty the DOL can impose is currently $2,140 per day after the due date that the Form 5500 should have been filed (which is seven months after the end of the plan year unless an application for extension is filed by that date).  Until July 2016 the penalty was only $1,100 per day; however, the 2015 Inflation Adjustment Act required federal agencies to adjust their penalty amounts for inflation, an initial “catch-up” adjustment in 2016 and annually thereafter.

It’s unlikely the DOL would actually impose the maximum penalty, however, absent evidence of willful attempt to evade or circumvent DOL rules.

A Non-Filer is defined on the DOL website as “a plan that is required to file an annual report but has never filed a report” (until the DOL sends a written inquiry about the filing).  Historically, the majority of non-filers were referrals from either the Office of Enforcement or the IRS.  The DOL website also defines the term “stop-filer,”  which is a plan that “has filed in the past but has since stopped filing annual reports.”

A Late-Filer is one who files late, usually before receiving a notice from the DOL, but the DOL later imposes a late-filing penalty. Additionally, the DOL sometimes imposes a Late-filer penalty when it sends a written notice to a plan administrator who filed a Form 5558 (Application for Extension) and then does not file the Form 5500 within the allowed timeframe.

The Reduced Penalty under DFVCP

A plan administrator who realizes they should have filed can file late under the delinquent filer voluntary compliance program (DFVCP), which significantly reduces the penalty.  Under the DFVCP, the penalty for a large plan is $10 per day to a maximum of $2,000 per year per plan.  A large plan is one with at least 100 employee participants on the first day of the plan year.  There is also a cap of $4,000 for each plan regardless of the number of years for which the 5500 is filed late.  (The $4,000 cap is per ERISA plan, not per line of coverage or per policy.)

For example, if a plan administrator realizes that the plan grew to at least 100 employee participants more than five years ago, and the plan should have filed a Form 5500 for the past five years, the maximum potential penalties under the various scenarios are:

Obviously, the DFVCP is the way to go if you realize you should have been filing Form 5500 for any number of prior years. Below is summary information about the DFVCP. For additional information, check out the DOL website.

The Delinquent Filer Voluntary Compliance Program (DFVCP) encourages voluntary compliance with ERISA’s annual reporting requirements and gives delinquent plan administrators a way to avoid significantly higher civil penalty assessments (fines) if they meet the DFVCP’s requirements and voluntarily and proactively file the late forms and pay the reduced penalty before the DOL notifies them that their filings are late.  The assessment (and any of the above assessments) cannot be paid from plan “assets.”  The plan administrator is personally liable for the amounts.

Eligibility to use DFVCP.  Plan administrators are eligible to use the DFVCP only if they have not yet been notified in writing by the DOL that it intends to assess a penalty for failure to timely file a Form 5500 (the “annual report”) under ERISA Title I.  A plan administrator who receives a notice from the IRS (not the DOL), remains eligible for the program (to pay the DOL penalty), but the IRS is not required to waive or reduce IRS penalties after they have issued a late filing letter.

Be Sure to Complete Both Steps of the DFVCP!   File complete Forms 5500 (including attachments), and pay the fine. The DOL website notes:

“Should a plan not complete their [DFVC] filing, the submission is removed from the DFVC program and assigned as a Late Filer. Depending on the original submission, the entire submission or only parts of it may be removed.”

If you think you might owe Form 5500 filings for prior years, contact your Leavitt advisor for help in determining whether you should have filed and for using the DFVC program to file any prior years’ 5500’s at the significantly reduced penalty rate.